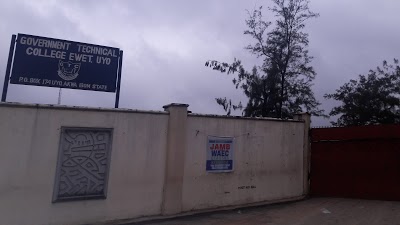 The Commissioner for Education, Prof. Nse Essien, announced the closure in a statement he signed and made available to newsmen in Uyo on Thursday.

Essien said the students of the college on Wednesday afternoon, engaged in unruly behaviour, destroying school property and causing injuries to some police officers and staff of the college.

He expressed government’s displeasure with the attitude of the students, who, he said, behaved unruly.

“Government Technical College, Ewet in Uyo metropolis is hereby shut indefinitely, and all the students are advised to vacate the school premises with immediate effect.

“The staff of the college are, however, advised to continue to report for duty,” Essien said.

The commissioner said 34 students of the college, whose names were compiled through intelligence sources as being masterminds to the incident, had been placed on indefinite suspension.

He added that the 34 students, whose names were with the security agency, would not return to the school, even when the school reopened.

Essien said that students of the technical college would bear the cost of damage done on the school property on resumption.

The commissioner decried the behaviour of the students who he said injured a Divisional Police Officer (DPO) sent to quell the riot.

According to him, the DPO is currently in critical condition in an undisclosed hospital.

“As I speak, the divisional police officer is in critical condition in the hospital as a result of injuries he sustained in an effort to quell the students’ unrest.

“A member of staff of the college is undergoing surgical operation on his left eye, while another one was seriously injured.

“Several other members of staff and the general public also sustained varying degrees of injury.

“Windscreens of vehicles were also smashed as a result of street fight which has almost become a trademark of the college.

“As a responsible government, we cannot sit down, fold our hands and watch how our schools which are supposed to be citadel of learning, are being turned into dens of hooligans,” he said.

He warned cult groups to stay off schools in the state as government would no longer tolerate such infringement.

Essien added that patrons and sponsors of cult groups in schools would be unraveled and dealt with accordingly, in the course of police investigation.

The commissioner said that government would take necessary and decisive action to ensure the ugly incident did not repeat itself across the state.

He said that government would institute a full scale investigation into the immediate and remote causes of the students’ crisis.