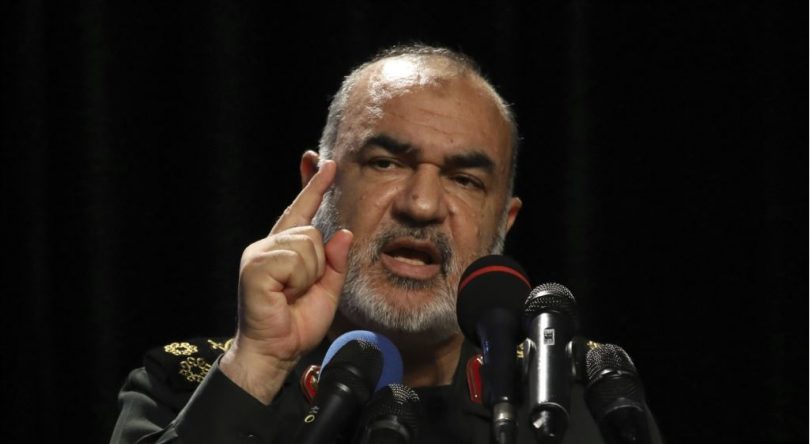 “The whole [of the] positions occupied by the Israeli regime are within the range of the IRGC’s fire,” said Salami, adding that “the source of such fire is not confined to Iran alone.”

“We give a warning to Israelis to care about their acts of mischief. They are far smaller than the Americans, much smaller and much more impotent by our calculations,” said Salami.

Iran invests heavily in arming Hezbollah, using the Shi’ite Lebanese terrorist group to attack Israel, as well as to tighten its grip on Beirut, where Hezbollah wields considerable political power as it all but controls the Lebanese parliament.

“Strong capacities have been shaped for the decline of the Zionist regime, but the conditions are not still prepared for its final downfall,” said Salami, according to the Iran Front Page website.

Israel should not rely on the United States for assistance, said the IRGC general, as “nobody has gained results from trusting Americans.”

Iran is more than ready to hit Israeli and American interests if they “overstep,” he declared.

“Iran is fully prepared to take counter-action against them [Israel]. We have both the determination and the capability to do so. Thus, both the Americans and the Israelis must know that Iran is the land of harsh and calculated responses to whatever invader, on whatever scale,” he said.

Iran’s main goals, said Salami, “generally revolve around the collapse and decline of the Zionist regime as well as ending the U.S. presence in the region and the complete defeat of the U.S. policies.”

America has reached the “peak of arrogance” and is controlled by “corporate owners,” which makes it a “manifestation of oppression, abhorred by the world,” tweeted Khamenei.