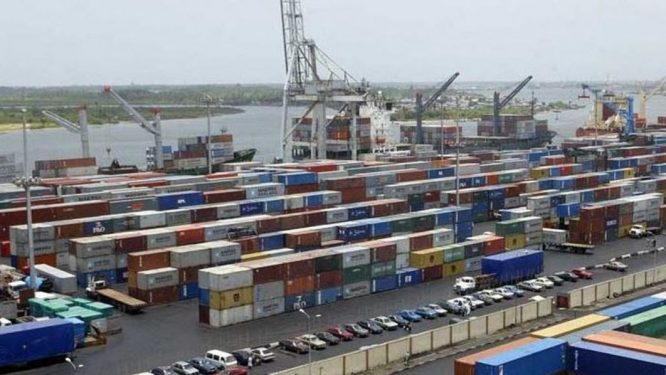 The South East Chamber of Commerce, Industry, Mines and Agriculture (SECCIMA) has advocated greater synergy among the South-East governors to develop seaports capable of enhancing the Zone’s economy.

Udeagbala said that the development of seaports would not only boost the economy of the area but would attract foreign investors.

“The ports in the region, if developed, would be utilised to import and export goods at affordable rates, rather than going through the stress of Lagos seaport,” he said.

Udeagbala further urged the Federal Government to create an enabling environment to promote business growth and economic development across the country.

“We appeal to the federal government to provide Independent Power Project to power the business clusters in the region as it has done in Ariaria Market in Aba.

“We want similar gesture to be extended to other main markets and business clusters in other states of the region.

“We also appeal to the federal government to ensure that South-East benefited from the on-going rail projects from Port Harcourt to the Northern region.

“And we also urge the federal government to develop the Enugu International Trade Fair Complex like it did in Lagos and Kaduna, ” he said.

Udeagbala congratulated Ngonadi on his election as the new president of the chamber and advised him to work with the southeast governors to fashion out viable economic policies that would accelerate development in the region.

He also urged the new leadership of the chamber to be the voice of the business community in the region.

Responding, Ngonadi promised to sustain the good legacies of the association by bringing the city chambers in the zone together to establish a stronger organised private sector.

He promised to work with NACCIMA, other bilateral chambers of commerce in the country and global business associations for the advancement of the activities of the chamber.

In the meantime, the Nigerian Export-Import Bank (NEXIM) says it has concluded plans to promote crops that have potential export value in Katsina State thereby creating more businesses and job opportunities for people.

The Managing-Director, NEXIM Bank, Mr Abba Bello, disclosed this when Gov. Aminu Masari of Katsina State visited him on Wednesday in Abuja.

Bello said that the initiative would significantly create a lot of job opportunities in the state.

According to him, the bank will be working with some potential exporters from Katsina State to ensure proper implementation of the processes.

“One of the reasons we chose to work with states is that we prefer to go down to the grassroots that is financing them from primary production to aggregation and finally export and we have been working on the process.

“We have identified the crops to process and export in Katsina State precisely sesame seeds and also to some extent hibiscus.

“Also, a cooperation has been signed between a group and a proposed aggregator who already have 1,800 hectares of land and signed up over 1,000 farmers that will process this season of sesame from Katsina State and we hope to see to the conclusion,” he said

The managing-director also said that the bank, having started working on the value chain, would identify a few Small and Medium Enterprises (SMEs) that buy sesame seeds and supply.

“We have a programme which is in line with the Federal Government determination to bring people out of poverty.

“Some have already started utilising our facilities and we are looking to do more in Katsina State,” he said.

He was also hopeful that the initiative would further support the economic empowerment in the state and the Federal Government Economic Recovery and Growth Plan, particularly with emphasis on bringing people out of poverty.

“So we will ensure that our funding gets to the very base of the value chain,” Bello added.

Masari, while speaking commended the management of the bank for identifying an export crops in the state, saying that “the state is developing 800 hectares of land for economic export.”

According to him, the government of Katsina State has already given a contract for the complete development of a 100 hectares.

“So part of what we are looking for here is processing and adding value, especially to agric products and other exportable products to the neighbouring countries.

NEXIM bank has mapped out N1 billion each to support non oil export products across the 36 states and the Federal Capital Territory (FCT).