Rep. Wole Oke, who made the announcement during an investigative public hearing into the presentation of audit reports, said the agency should state its failure to submit its audited accounts to the Office of the Auditor-General of the Federation.

Oke said: “NIMASA has refused to cause appearance for six years and should appear unfailingly on Feb. 25, with the Minister of State for Transport and the Permanent Secretary.”

The lawmaker warned the agency’s management that the house would be forced to apply appropriate sanctions according to the law, in case the Agency plays a ‘hide and seek’ stressing that the invitation would be the last.

Also, the committee chair directed that the committee interface with the Secretary-General of the Federation (SGF) to ensure the release of the audited accounts of Pension Commission (PENCOM) from 2014 to 2018.

“I saw that you have audited accounts but the issue now is that of rendition.

“We also need to engage the SGF on this; it is very big lacuna. Mr Clerk, please put it that the committee is to interface with the SGF and the management of PENCOM on this matter but for now, all accounts be remitted to the Auditor-General without further delay.”

In the meantime, the Dakuku Peterside has indicated that the National Assembly and the Federal Ministry of Environment are presently putting finishing touches to a bill, meant to prohibit the production of plastics, which pollute the environment. 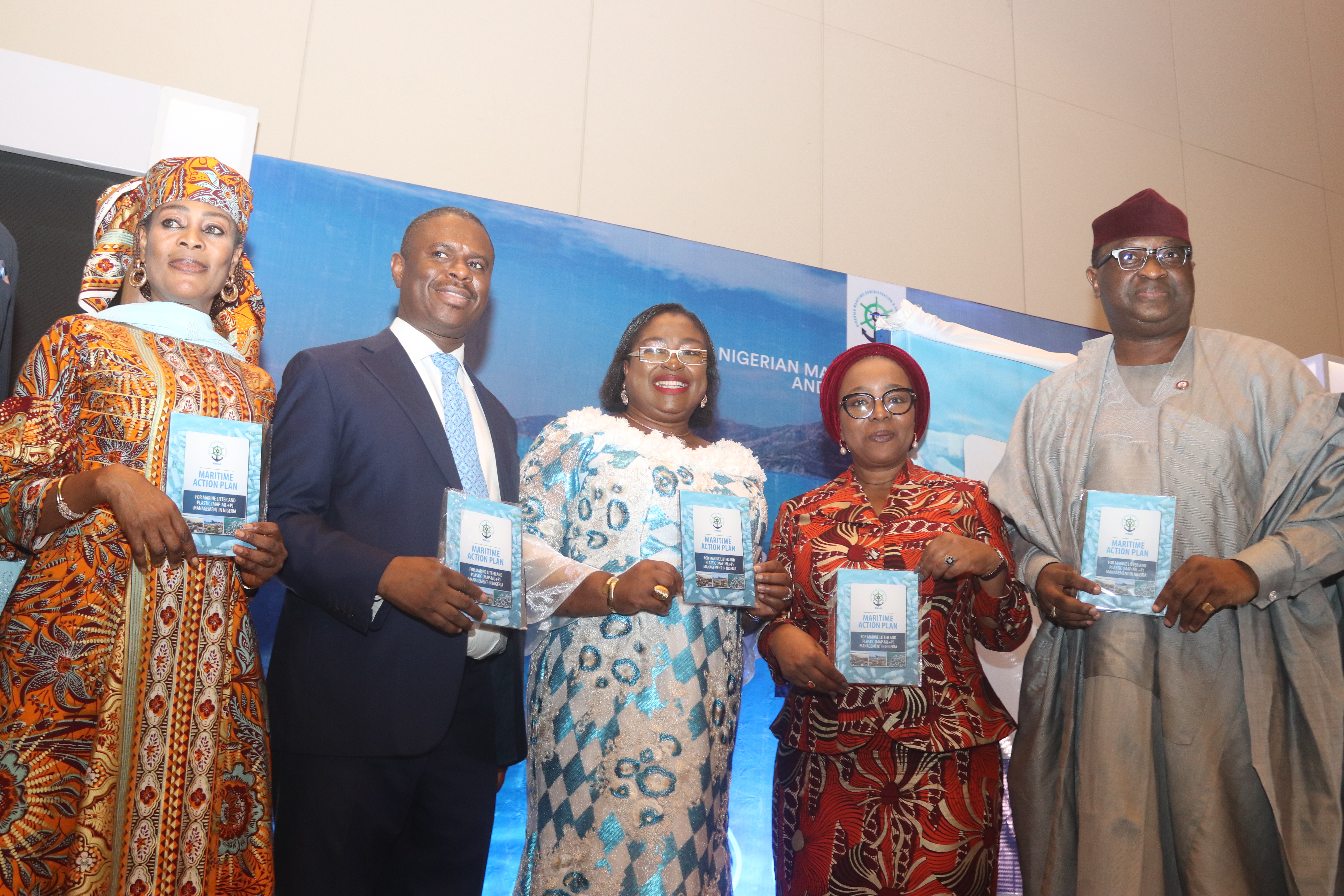 This is contained in the Agency statement made available by NIMASA’s spokesman, Isichei Osamgbi’s, highlighting  Senator Tolulope Odebiyi, Senate Committee member on Marine Transport, as revealed in Lagos, during the launch of the Maritime Action Plan for Marine Litter and Plastics Management in Nigeria.

Odebiyi, the drafter of the proposed bill, who represented the chairman of the committee, Senator Danjuma Goje, said the bill would be harmonised with input from the Federal Ministry of Environment to make a holistic law that would impose tough sanctions on the production of organic polymers.

Odebiyi, according to NIMASA, stressed that the National Assembly was solidly behind the Agency in the presentation and implementation of the action plan, which envisions the elimination of land-based sources of marine litter within five years.

Chairman, House of Representatives Committee on Environment, Hon Johnson Oghuma, also stressed the lower chamber’s commitment to a cleaner environment. Oghuma said the House was always prepared to assist the executive in the implementation of government policies.

Meanwhile, Dakuku Peterside has lamented Nigeria’s being among the 20 countries generating more than 80 per cent of the land-based plastic wastes that end up in the oceans.

Dakuku said the event was organised to raise public awareness about the deleterious effects of marine pollution and chart a national roadmap on solution to the menace. 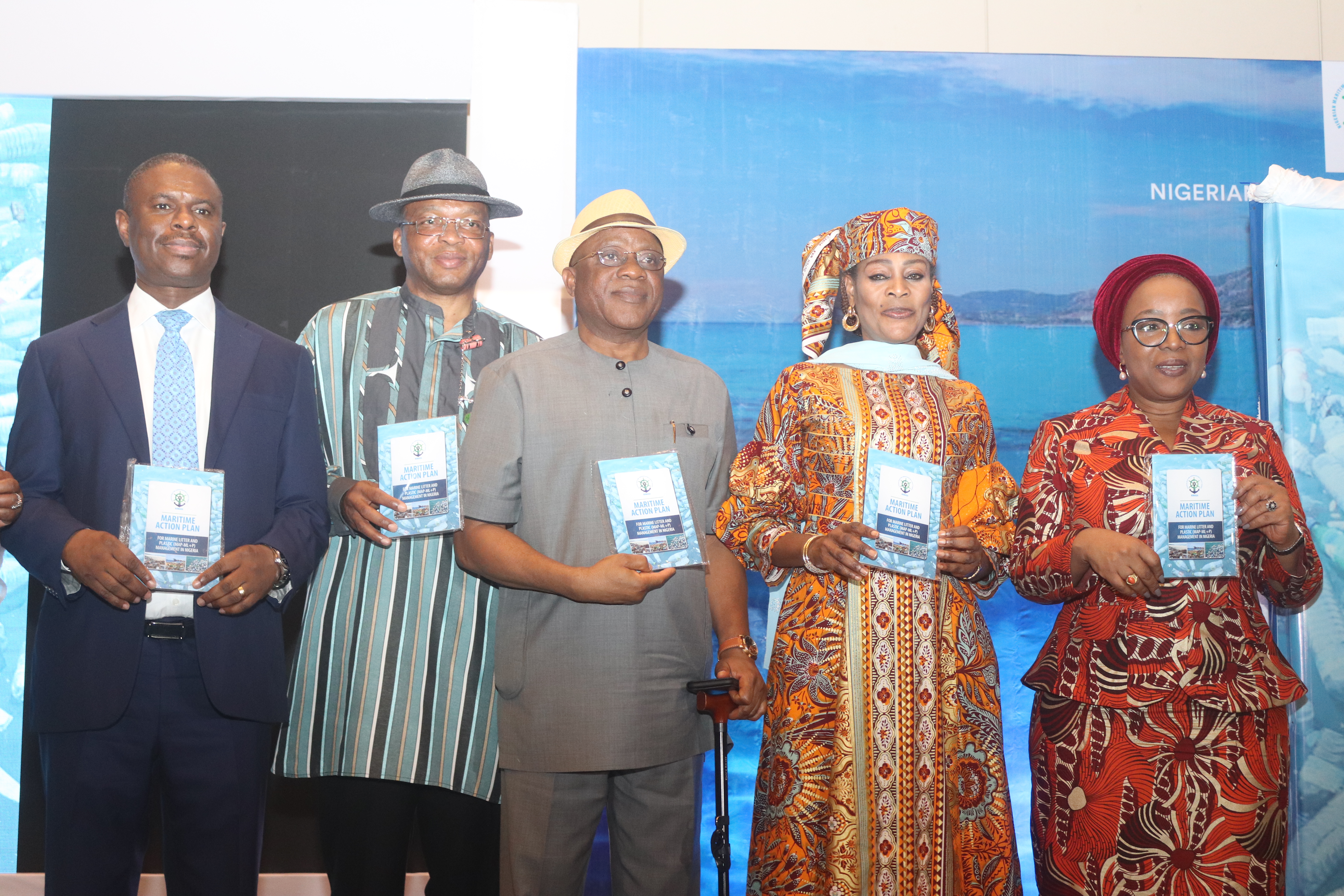 “I am happy NIMASA has taken the lead in ensuring that our waterways and all our water bodies are clean, safe, and a vital source of economic activity for us in this country,” Odebiyi stated.

He added, “I drafted a bill with regard to plastic pollution and proliferation of plastics in the country. The issue is getting to an alarming state.

“NIMASA has taken the lead. But this is the backend of it. We also have to look at the frontend. We are spending billions of naira tiding up the environment; we also have people making billions of naira contributing to this menace. That is where the bill is aiming. You cannot continue to generate pollution, clog our waterways, cause erosion, flooding and all kinds of things, and some people are making money, knowing fully well that their product is contributing to the pollution.”

The senator also said, “The Senate is very much interested in this issue. We see the environment as a vital economic resource for us in this country. We will be working with NIMASA, Federal Ministry of Environment, and all the other agencies.”

Dakuku prefaced his welcome address with two grisly true-life stories that underscored the dangers of marine litter and the need for urgent action. He then stated, “We all know that solutions to this global challenge are multiple and require consideration of a systematic approach to the various sources generating the pollution, both land- and sea-based contributors, and a combination of intervention in different sectors and at different levels.”

Other objectives of the action plan, according to Dakuku, are to operationalise and complement the IMO Action Plan on Marine Litter from Ships; and enhance the enforcement of existing laws, conventions and regulations, including MARPOL-Annex V, London Convention and its Protocol, and the Nigerian Merchant Shipping Act 2007. 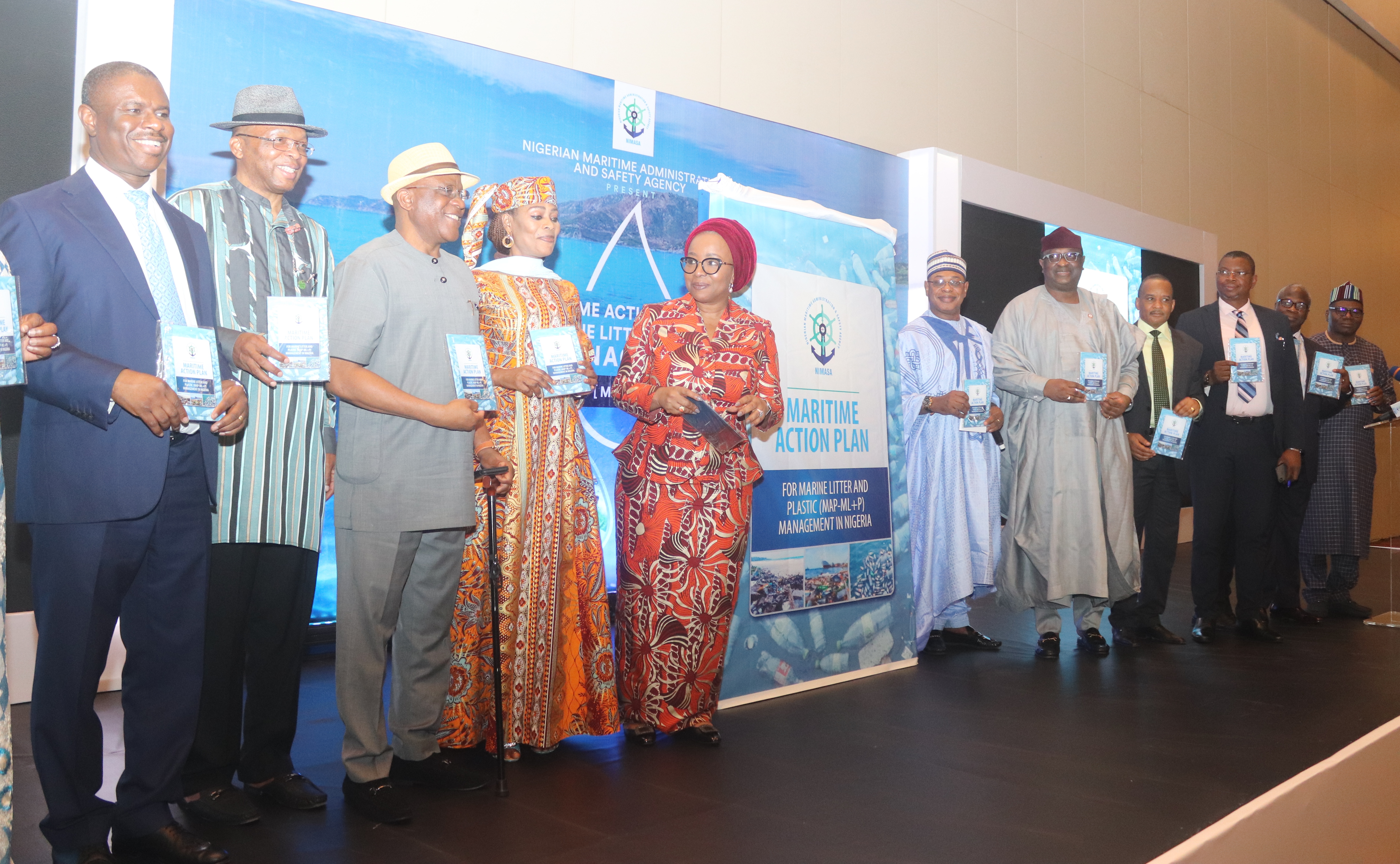 Dakuku listed actions already taken by NIMASA, which has the responsibility of ensuring clean seas and oceans in Nigeria, to include engagement of Marine Litter Marshals across coastal communities and littoral areas as a pilot scheme to clean up identified Marine Litter Hotspots. Marine litter sensitisation campaigns have also been carried out in several littoral communities, he stated.

In her own remarks, the Minister of State for Environment, Mrs. Sharon Ikeazor, sued for synergy among relevant government agencies and the private sector in the fight against environmental pollution. Ikeazor, said the ministry would establish more recycling plants for the collection of plastics and other litter that would be cleared from the oceans.

“You have started right with sensitisation of our people on what to do with plastics. The Ministry of Environment will definitely support NIMASA. We will take this further and put it together to be a national action plan,” she stated.

The highpoint of the event was the unveiling of the Maritime Action Plan for Marine Litter and Plastics Management in Nigeria by the representative of the Minister of State for Transportation, Senator Gbemi Saraki, Dr. Paul Adalikwu.