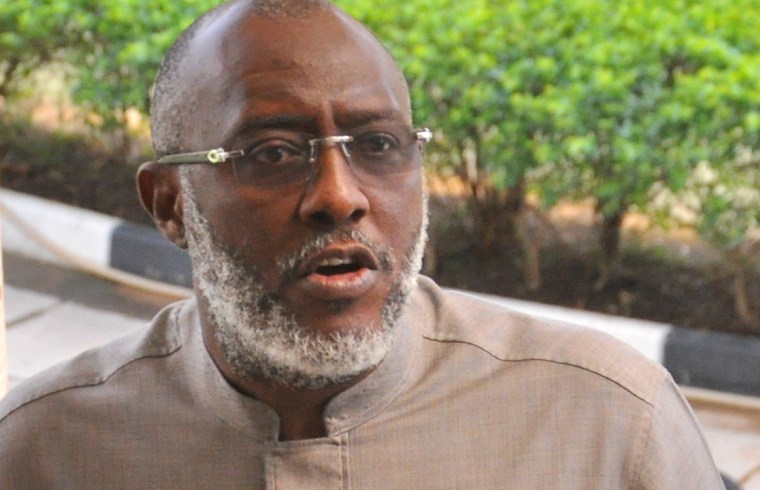 Justice Okon Abang of the Federal High Court on Tuesday in Abuja, convicted Olisa Metuh and sentenced him to seven years imprisonment, with a fine of N375 million, to the Federal Government.

Metuh was being prosecuted by the EFCC, alongside his company, Destra Investment, on a seven-count charge of diversion of the money received when Sambo Dasuki who was the National Security Adviser.

Justice Abang on count one, two, four and seven, ordered that he be sentenced to seven years imprisonment.

On count three he was sentenced to five years, on count five, three years imprisonment with a fine of N25m to the Federal Government.

On count six he was sentenced to three years imprisonment while the second defendant, Destra Investment Company was to forfeit N25m (twenty five million naira) to the federal government.

Justice Abang ordered that the sentencing was to run concurrently with effect from today.

He further ordered that Metuh’s company (2nd defendant) be closed and the amounts standing trial in its financial institution forfeited to the FG.

He said that an enrollment of judgement order would be served on EFCC.

Metuh was arraigned by the Federal Government in 2016 over allegations of unlawfully receiving N400m from the office of the then National Security Adviser, Col Sambo Dasuki (rtd).

The former PDP spokesperson was also accused of transacting with the sum of $2 million without going through a financial institution, in violation of a provision of the Money Laundering (Prohibition) Act.