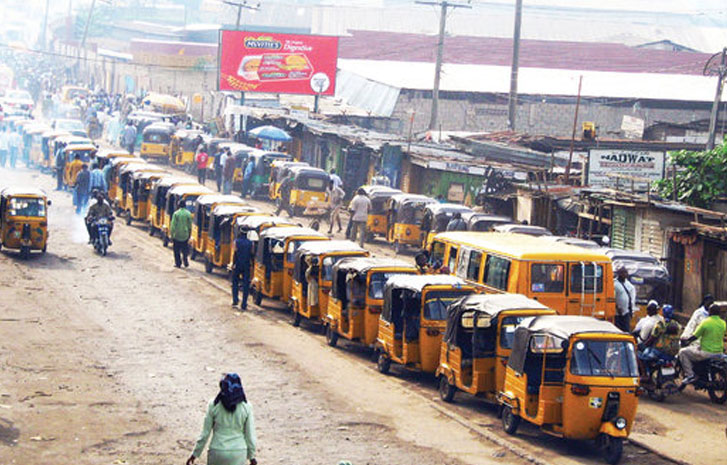 Dealers in tricycle automobiles in Lagos have become uncomfortable with the present sharp drop in sales, following the ban on the three wheel vehicles in some parts of state, effective from February 1.

A tricycle dealer, Mrs Bunmi Kuforiji, on Monday lamented that sales of tricycles had suddenly become “almost nonexistent” since the recent ban on some major roads within Lagos metropolis.

Lagos State Government on Feb.1 banned the operation of commercial motorcycles and tricycles in 15 local government areas of the state.

Kuforiji, Chief Executive Officer, Fobims International Ventures, appealed to the state government to reconsider some roads, especially Surulere environs, Aguda and Bode Thomas where the BRT could not manouvre.

According to her, this will assuage the pain of some commuters who have had to trek long distances since the ban.

“Since the ban, I have had to close some of my warehouses such as those in Victoria Island, Surulere and Obalende. The workers have been told to go home.

“I am pleading with the government to reconsider some of the routes to make life easier for commuters, and we can also make some sales,” she said.

The dealer, however, said that prices of tricycles had not dropped.

Investigation revealed that many of the tricycles operators had moved to other states.

Mr Chisom Nnaji, an operator said that some colleagues had to pay as much as N60, 000 to transport their tricycles to other states as far as Ebonyi.

“I cannot leave Lagos State because my family is here and I cannot afford to move everybody.

`We have to manage what we see and just take each day as it comes,” Nnaji said.

However, another rider, who asked to be addressed as Emeka, said that tricycle operators working within legal routes did not allow those affected by the ban to join them.

Emeka was looking for another legal means of livelihood in order to survive.

“Since that day, I have been looking for anything like bus, trailer or truck to drive, there is not one I cannot drive but I have not seen any’’, he said.