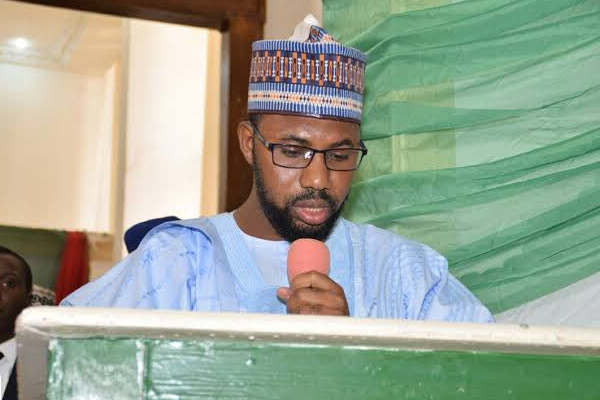 Shagali submitted his resignation letter to the Clerk of the House Alhaji Bello Zubairu earlier on Tuesday, citing personal reason for the decision.

However, some of the lawmakers had planned to impeach the former speaker, accusing him of ineptitude.

At the assembly sitting on Tuesday, the clerk declared the speaker’s seat vacant after reading out the resignation letter.

He thereafter called for the nomination of a new Speaker,  and Alhaji Sulaiman Dabo, representing Zaria city, nominated Zailani for the post, and was seconded by Bako Kantiok-Emmanuel, respresenting Zonkwa Constituency.

Zailani, who was the Deputy Speaker, was subsequently endorsed by the lawmakers as the new speaker.

The two were later sworn-in by the clerk.

The new speaker has adjourned the assembly’s sitting to March 3.

In the meantime, the Speaker, Kaduna State House of Assembly, Alhaji Aminu Shagali, has resigned.

The resignation came amid alleged plans by some members of the assembly to impeach him.

However, the Chairman, House Committee on Information, Mr Tanimu Musa, told the newsmen, that the speaker “honourably tendered his resignation” on Tuesday.

He said that former speaker would continue his normal duties as a member of the assembly.