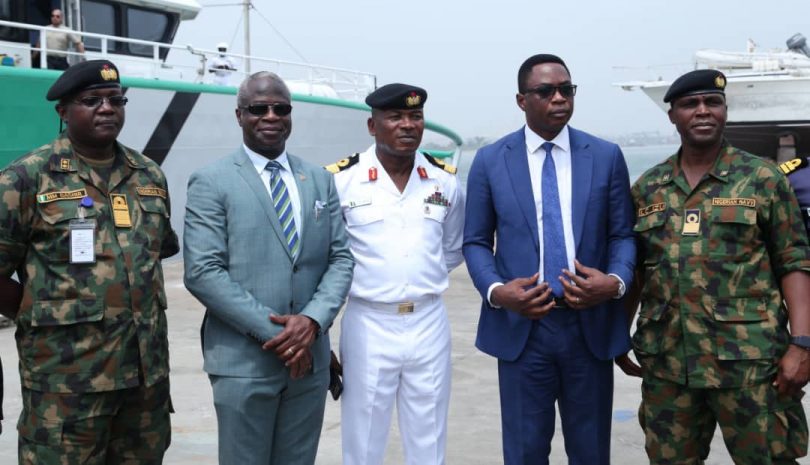 …As Dakuku boasts: Pirates to meet their Waterloo soon***
The Nigerian Maritime Administration and Safety Agency (NIMASA) boasted on Tuesday, that the days when pirates sneeze loudly and NIMASA yawn quietly are over, and stressed that pirates operating in the Gulf of Guinea would meet their Waterloo soon.
The NIMASA Director General, Dakuku Peterside made the boast in Lagos as the Federal Government formally receive and handed over two Special Mission Vessels (SMV) to Navy and NIMASA, under the Deep Blue Project, geared towards ridding the Country’s waters of criminal activities.

“Today marks a new dawn for a more secure and stable maritime environment in Nigeria. This milestone in asset delivery inches us closer to full operational take-off of the Deep Blue Project, hence it marks a huge victory for the Nigerian maritime sector in the fight against maritime insecurity,” Dr. Dakuku Peterside, who was represented by the Agency’s Executive Director, Operations, Engr. Rotimi Fashakin stated, adding that aside of these two special mission vessels, 10 Fast Interceptor Boats had also arrived the country, while seven more were expected later in the year, he said. 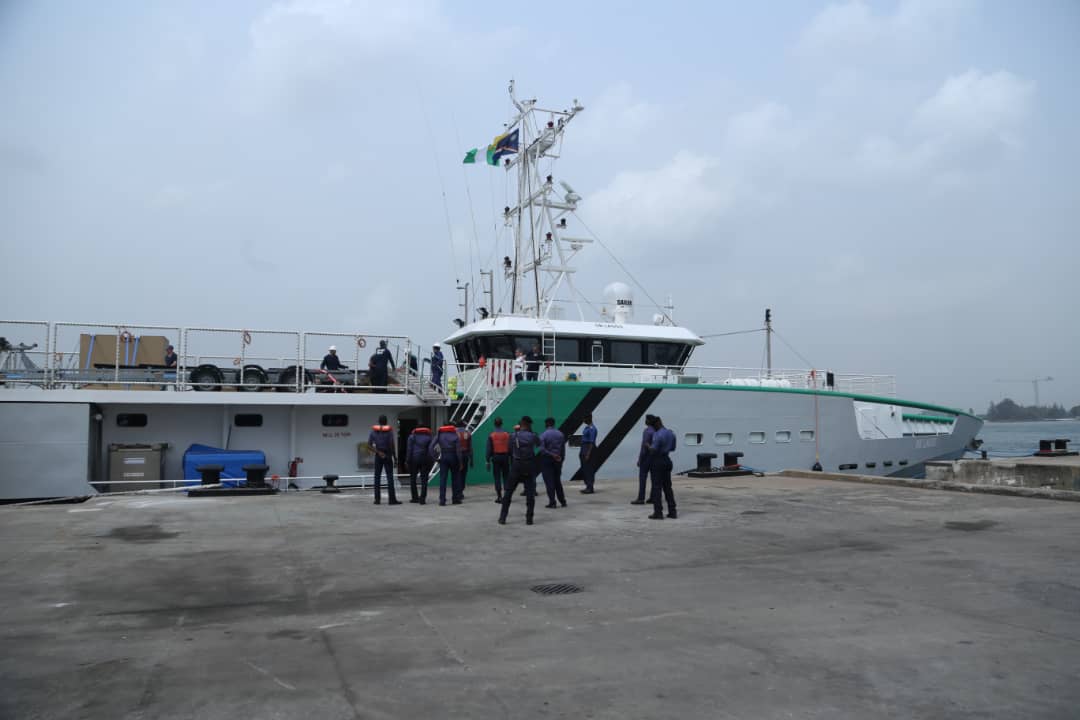 A view of the vessel surrounded by naval personnel

The Nigerian Navy and the Nigerian Maritime Administration and Safety Agency (NIMASA), took delivery of the Special Mission Vessels under the Deep Blue Project.

The vessel, DB Lagos and DB Abuja, which arrived the country recently were equipped with sophisticated intelligence gathering capability for timely detection and response to illegal activities in the Nigerian maritime domain.

The DG disclosed that the DB Abuja and DB Lagos, which are built to be intelligently operated, also will serve as mother vessels to Fast Intervention crafts that are able to respond to distress calls swiftly.

Each of the interceptor boats has a combined engine capacity of 900HP and can do up to 55knots. He also said that each of the vessels would be commanded by a Navy captain with full complement of naval personnel.

Speaking in the same vein, the Chief of Naval Staff, Ekwe Ibas assured of Navy’s total commitment to ensure sanity on Nigerian waters. 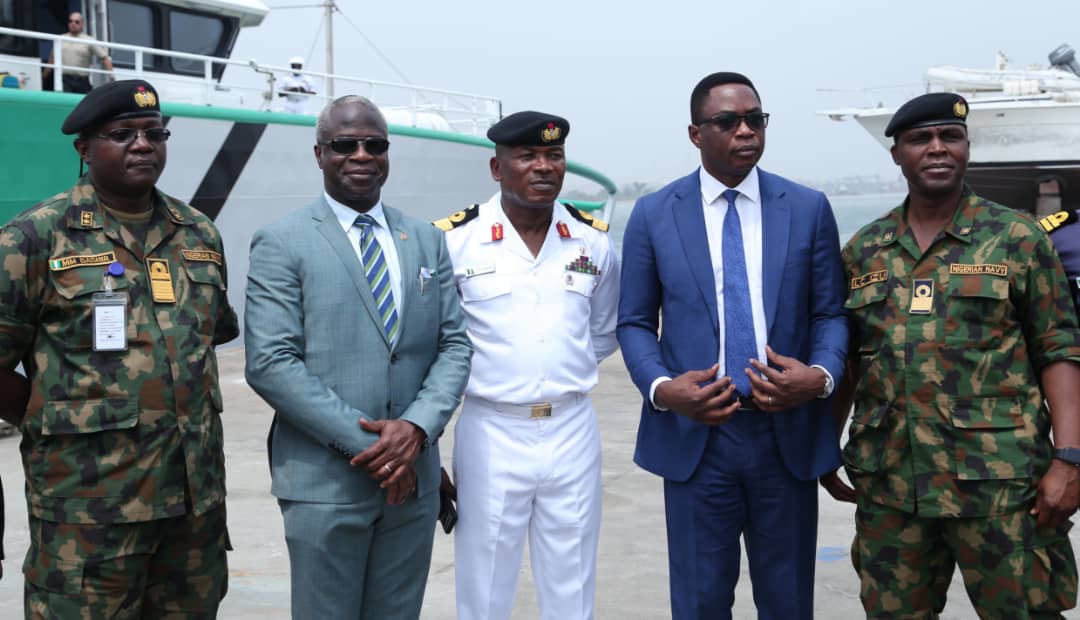 “Piracy is an act inimical to the growth of the Nigerian maritime sector and we are prepared, more than ever before, to give it all it takes to end this nefarious act,” said Ibas, who was represented by the Chief Security Officer, Western Naval Command, Rear Admiral M. M. Bashir.

He stated that the officers who would ‘man’ the vessels will be given adequate training under the Deep Blue Project so that the special features of the vessels can be adequately utilised for the purpose of combating maritime illegalities.

It would be recalled that the Federal Executive Council (FEC) granted approval for a holistic maritime security architecture, which is a multi-pronged approach towards fighting piracy. Aside the sea assets, there are also land and air assets, which are still expected in the country before the end of the year. 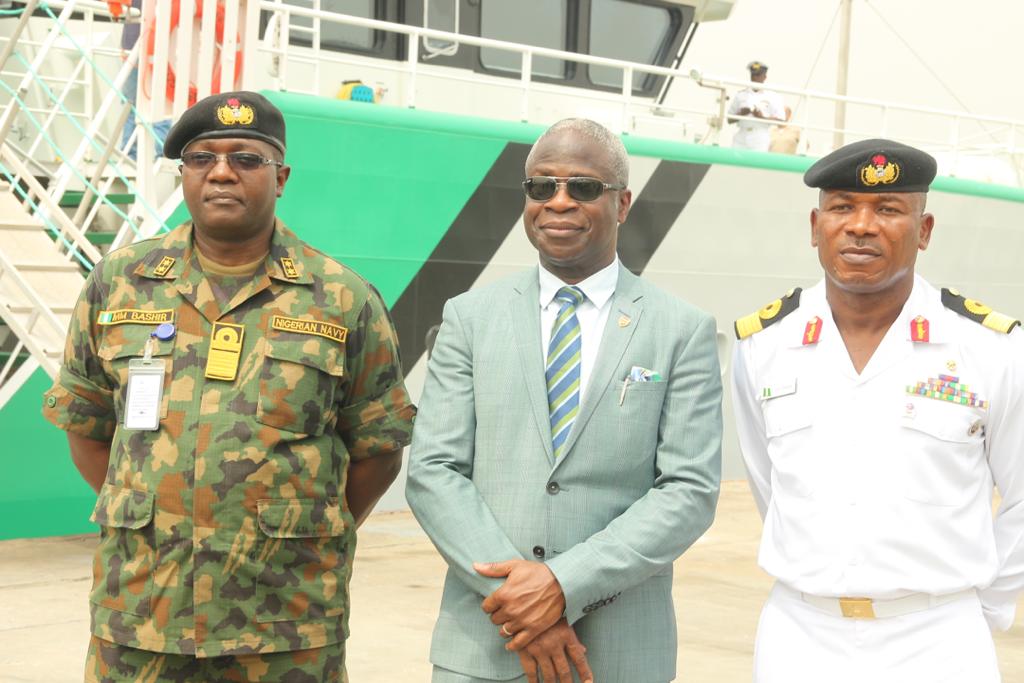 NIMASA also operates a Command and Control Centre at the Regional Maritime Resource Coordination Centre (RMRCC), which is also part of the Deep Blue Project.

Giving a breakdown of the assets being installed under the Deep Blue Project at a press conference in Lagos recently, the Minister of Transportation, Rt. Hon. Chibuike Rotimi Amaechi revealed that a good number of the assets had arrived the country.

He also hinted that the first special mission aircraft will be in the country before the end of the first quarter of the year, while six armoured personnel carriers were already in the country, and the first unmanned aerial vehicle is expected soon.