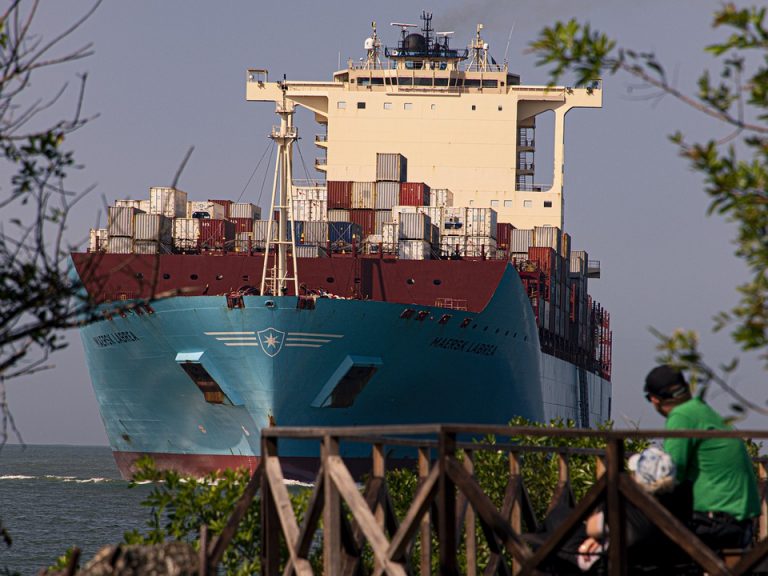 Ocean carriers canceled about 105 sailings on the routes from Asia to the North America and Europe/Mediterranean regions alone in February 2020, according to the data from the UK-based consultancy Drewry.

Carriers are blanking sailings as a way of dealing with the cargo volume slump caused by the coronavirus outbreak originating from China and the closure of manufacturing plans in the country as a precautionary measure.

All of the Chinese ports, apart from Wuhan, have remained open. However, they are not operating at full capacity with staff shortages arising from travel restrictions and quarantine measures.

Extended factory shutdowns have also limited movement of cargoes destined for those ports and when monthly port throughput data is finally released, Drewry predicts there will be a significant shortfall.

“The cancellation of 105 sailings per month represent a shortfall in revenue of roughly USD 1 billion (105 x 10,000 TEU x USD 1,000), of which a portion will be made up later via full ships and extra loaders, but the short term damage to carrier profits is large,” Drewry commented.

Chinese port operators indicate that volumes were down by 20-40% in the three weeks from January 20 to February 10, 2020.

Non-Chinese ports have not reported falling throughput volumes, however, the impact is expected to become visible in the next few weeks, when ships from Asia fail to arrive with containers from China, Drewry said.

As explained, a 30% fall in container volumes in China, which accounts for 30% of global throughout, means a 30% x 30% = 9% reduction in global container volume, unless the shortfall is caught up later.

Even though it is still difficult to estimate the impact of the outbreak on container trade, Drewry believes there will be at least 2 months of global port volume falls.

“Cargo owners and shipping lines are desperate for a swift resolution that will see Chinese factories resume production and start churning out the goods and parts that grease the global supply chain. It is inevitable that world port throughput will suffer a large contraction in 1Q20, but the question is now whether we can expect a v-shaped recovery later this year or something else entirely?” Drewry said.

In the most optimistic scenario, even allowing for the expected stimulus package from the Chinese government that should spur greater box traffic from 2Q20 onwards it might not be sufficient to recover all of the lost ground from 1Q20.

Nonetheless, ex-China freight rates will likely soar initially when cargo demand returns. How long they stay on that upwards trajectory will depend on how quickly capacity is reintroduced to the market.

Extra loaders will probably be necessary to deal with the backlog, but the market might not be so flush with spare capacity due to the fact that shutdowns in Chinese shipyards will delay some newbuild deliveries. Additionally, ship owners will want to get exhaust scrubber retrofits completed that couldn’t be done during the quarantine period. Any shortage of available capacity when cargo demand reasserts itself will give extra impetus to freight rates.

“Whatever the outcome, COVID-19 has exposed the fragility of global supply chains that are overly dependent on a single manufacturing source. We suspect that shippers will look to broaden their sourcing options as a form of insurance,” Drewry said.

Should the situation get prolonged, carriers are likely to resort to heavier capacity reduction measures aside to blanking of sailings, such as idling and heavier demolitions.

In the nightmare scenario, the coronavirus outbreak on a global scale would be followed by a global economic recession with the potential to significantly reduce container flows.

“Under this scenario, we anticipate a prolonged downturn for freight rates and an elevated risk of a carrier bankruptcy. To avoid such a prospect, carriers would be forced to revisit the playbook from the financial crash of a decade before and undertake large scale capacity withdrawal in the form of mass idling and demolitions,” the consultancy concludes.