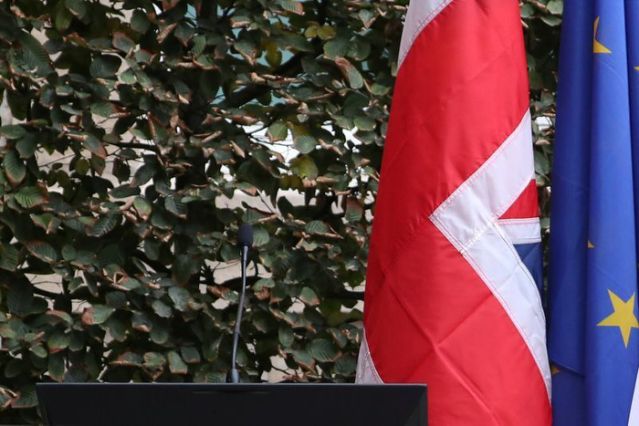 Britain, on Thursday, unveiled a negotiating mandate for talks with the European Union (EU) that puts it on a collision course with Brussels, and it was ready to walk away if “good progress” was not made by June.

After exiting the EU in January, Britain has until 2020 to negotiate a trade deal and agreements on everything from fishing to transport, to replace more than 40 years of closely aligned political and economic relations.

Having accepted that British businesses will encounter new “frictions” in trade with the bloc outside its single market and customs union, the government has made its stance clear – self-determination must trump economic concerns.

Therefore, if by June, good progress was not made on Britain’s demand for what it calls a “standard” free trade agreement, London said it would focus on preparations for a sharp break with the EU.

Cabinet office Minister, Michael Gove, told parliament as he unveiled the mandate, at the end of the transition period on Dec. 31 that UK would fully recover its economic and political independence.

“We want the best possible trading relationship with the EU, but in pursuit of a deal we will not trade away our sovereignty,“Gove said.

Prime Minister Boris Johnson, the face of Britain’s campaign to leave the EU in 2016, promised to get Brexit done in 2019 election and having won a large majority.

Johnson also urged his negotiating team with the goal of taking back control.

After the mandate was launched, Johnson said he was “very optimistic” about the talks.

Both sides say they want a deal to be agreed before the deadline of Dec. 31, 2020, so trade can flow, albeit with some additional checks, and that arrangements on issues such as aviation can roll over seamlessly.

But with the two sides unable to agree on even the format of talks scheduled to begin on Monday, the negotiations look set to be a battle of wills.

Also read:  Louis Farrakhan: ‘America is No. 1 on the Mahdi’s list to be destroyed’

“We will stick to all our prior commitments in the political declaration.

“We want an ambitious and fair partnership with the UK in the future,” he said.

Britain’s main opposition Labour Party, locked in a leadership battle, described the government’s stance as frankly underwhelming and the British Chambers of Commerce said companies were impatient for negotiations to begin in earnest.

The Director-General of UK-EU, Adam Marshall, said businesses were pragmatic, but need the negotiations to deliver clarity on the many practical, real-world details that would affect their day-to-day operations for years to come.

The EU has ruled that out, saying Britain, being a neighbour of the bloc, is a greater threat to the bloc’s market as it does more business than Canada.

It, however, feared Britain could undercut its market by lowering standards.

“Geography is no reason to undermine democracy. To be clear, we will not be seeking to dynamically align with EU rules on EU terms governed by EU laws and EU institutions.

“This in effect ruled out a demand from the EU to adhere to its “level playing field” – shorthand for agreed baseline rules on environmental standards, labour regulations and state aid,“Gove said.

Britain said that as an independent coastal nation, it would not trade away its fishing rights. Britain is also demanding “legally binding” obligations on access to the EU market for its important financial services industry.

According to an EU diplomat the UK’s logic is that, should the EU continue to play hardball, we are ready to sink together.

In the meantime, hundreds of migrants walked through northwest Turkey toward its borders with Greece and Bulgaria on Friday, Turkish media reported, after a senior official said Ankara will no longer stop Syrian refugees from reaching Europe.

On Thursday, Turkey said 33 Turkish soldiers were killed in an airstrike by Syrian government forces in Syria’s northwestern Idlib region.

The official subsequently told Reuters Turkish police, coastguard and border security officials had been ordered to stand down on refugees’ land and sea crossings towards Europe in anticipation of the imminent arrival of refugees from Idlib.

Demiroren news agency said there were around 300 migrants, including women and children, in the group which began heading towards the borders between the two EU countries and Turkey’s Edirne province at around midnight.

“Syrians, Iranians, Iraqis, Pakistanis and Moroccans were among those in the group,’’ it said.

It said migrants had also gathered on the western Turkish coastal district of Ayvacik in Canakkale province with the aim of travelling by boat to Greece’s Lesbos Island.

Reuters could not independently confirm who the people were or where they were headed.

Video footage of the migrants broadcast by pro-government Turkish television channels could also not immediately be verified.

Turkish President Tayyip Erdogan has repeatedly threatened to open the gates for migrants to travel to Europe.

If it did so, it would reverse a pledge Turkey made to the EU in 2016 and could draw Western powers into the standoff over Idlib.

Some one million civilians have been displaced in Syria near the Turkish border since December as Russian-backed Syrian government forces seized territory from Turkish-backed Syrian rebels, creating the worst humanitarian crisis in the nine-year war.

Turkish broadcaster NTV showed scores of people walking through fields wearing backpacks and said the refugees had tried to cross the Kapikule border into Bulgaria, however, were not allowed through.

It said the same group of migrants had then walked through fields to reach the Pazarkule border crossing into Greece; however, it was unclear what happened to them thereafter.