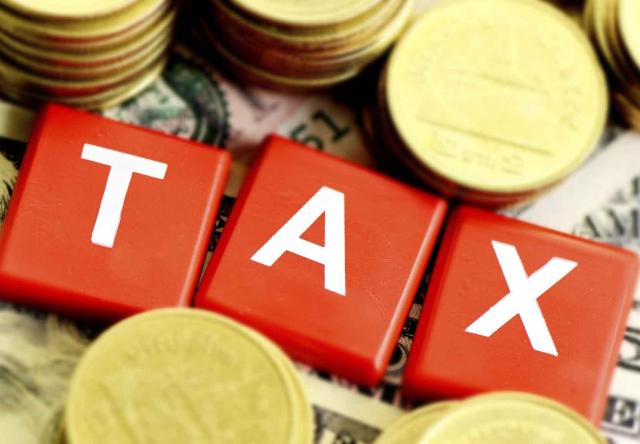 Akingbade made the remarks at the enlightenment workshop organised for Business Owners at  Ikeja in Lagos.

The title of the workshop was: “How the Finance Act Affects Your Business’’.

Akingbade said, contrary to the notion that there was a tax burden in the country, most of the businesses were undertaxed.

“There is no tax burden in Nigeria, but all the multiplicity in the tax regime had been taken care of by the 2020 Finance Act which has taken effect this February.

“Every Appropriation Act will now come with its different Finance Act to take care of the budget, so any laxity in the previous one will be addressed by the new one.

“The 2020 Finance Act has given a concession on some of the tax burden many are crying about, there is a need to shift our attention from oil revenue tax to non-oil revenue.

“For example, for the agricultural sector, it is tax-free for the first five years and extension for another three years which makes a total of eight years,’’ he said.

Akingbade said the Constitution provided for most of the taxes that some were complaining about, adding that at times, companies were undertaxed.

“People often complain about tax burden under the excuse that they will pay hackney permit, land use charge and others. These are product charges.

“For example, if companies do not advertise their products, they will not be asked to pay for the advertisement to the government, either the ones on the walls of their company or vehicles.

“Sometimes, I was approached with 27 taxes in Ekiti State by Hotel Association, and I told them that most of the listed levies are not taxes, but sources of income, however, some of the taxes can be avoided.

“In our Constitution, in 2013 Manufacturers Association of Nigeria (MAN) approached the executive council that what they are paying is too much and we were asked to review it.

“The Constitution says the state shall have the power to legislate on some things and we have laws in each state different from each other so the Constitution needs to be modified.

“I am sure that with the Finance Act, it will help to reduce some things because it actually touched everything,’’ he said.

Mrs Yomi Adewale, the Convener of the workshop and Principal Consultant, PIC Consulting,  said that the 2020 Finance Act had provided a lot of incentives for business owners.

“The finance workshop enacted and signed into law by our President on Jan.15, 2020 has a lot of provision in it which affect our businesses and our obligation and tax environment in Nigeria.

“The act is an improvement, especially with the fact that the government has put the tax law in the right perspective and also improve ease of doing business for small and medium enterprises in Nigeria.

“Although, many will say that the purpose of the act and its essence is to make the government generate more revenue, yes it is one of the objectives, the other objectives are also worthy of consideration.

“The act provisions have supported SMEs in doing business in Nigeria,’’ she said.

Adewale said that other things we need to take a look at in the Act were the palliative measures for the taxpayers.

“The Finance Act also tried to simplify complexity in our taxes and also to touch on archaic laws.

“If a tax player is not aware of the changes in the environment, it will be a difficult thing to comply.

“People should know their obligation and if they are not aware, they will not know the tax benefits in the Finance Act.

“The government has said that budget and the appropriation bill will be coming with the Finance Act, which bit by bit will be addressing the grey areas in the tax laws,’’ she said.

Adewale said that Finance Act 2020 had effected changes in all the agencies’ tax, eliminated some of the double taxations and also make the tax payment less cumbersome.

“We are now aware that to operate any bank account in Nigeria, there is a need for Tax Identification Number (TIN).

“It is a condition and for any business in Nigeria with revenue of N20 million and below, there is zero per cent of company tax.

“Companies with N100 million and above is considered a large company and will pay a company tax rate of 30 per cent.

“In the previous tax rate it was 30 per cent across the board,” she said.

Adewale said that the provisions in the Finance Act were a type of tax incentive for companies that were not large and below N100 million.