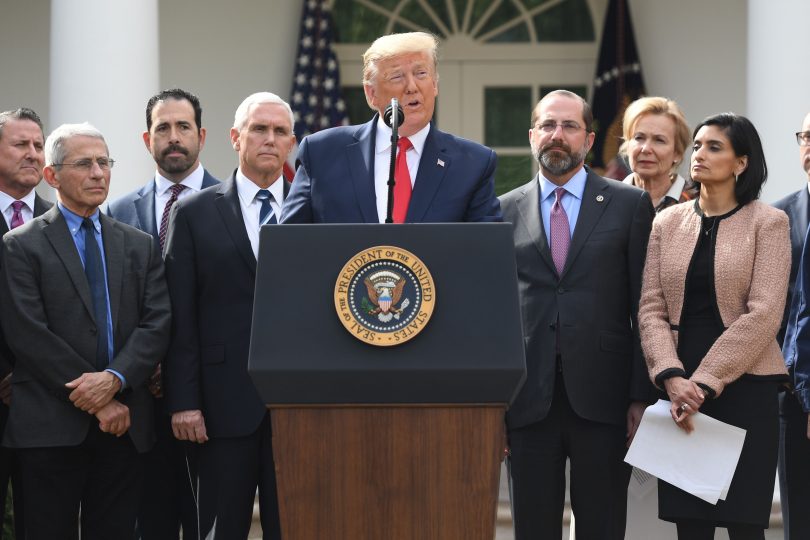 U.S. President Donald Trump has declared a national health emergency over the fast-spreading coronavirus that has killed no fewer than 41 people and infected 1,875 others in the country.

Trump said the move would open up access to $50 billion in federal funding to state and local governments to tackle the virus.

Insisting that the U.S. had done better in efforts to contain the virus compared to other affected countries, Trump said the declaration would unleash the full power of the country to defeat the virus.

In the meantime, Iraq condemned overnight U.S. airstrikes on Friday, with its military saying they had killed six people.

Iraq described them as a violation of sovereignty and targeted aggression against the nation’s regular armed forces.

President Barham Salih said repeated such violations could cause Iraq to unravel into a failed state and revive the Islamic State militant group.

The military warned the airstrikes would have consequences while the foreign ministry said it summoned the U.S. and British ambassadors.

The United States said it carried out the series of strikes on Thursday against an Iranian-backed militia in Iraq that it blamed for a rocket attack a day earlier which killed two American soldiers and a British soldier.

Long-standing antagonism between the U.S. and Iran has mostly played out on Iraqi soil in recent months.

Iraq’s Joint Operations Command said in a statement that the reason the U.S. gave for the attack was an excuse.

“The pretext that this attack came as a response to the aggression that targeted the Taji base is a false pretext; one that leads to escalation and does not provide a solution.’’

It said that as well as the six killed, 12 people had been wounded in the U.S. airstrikes and that infrastructure, weapons and equipment at targeted military sites were destroyed.

Iraqi religious authorities said the civilians killed and wounded were construction workers at an airport building site in the Shi’ite Muslim holy city of Kerbala.