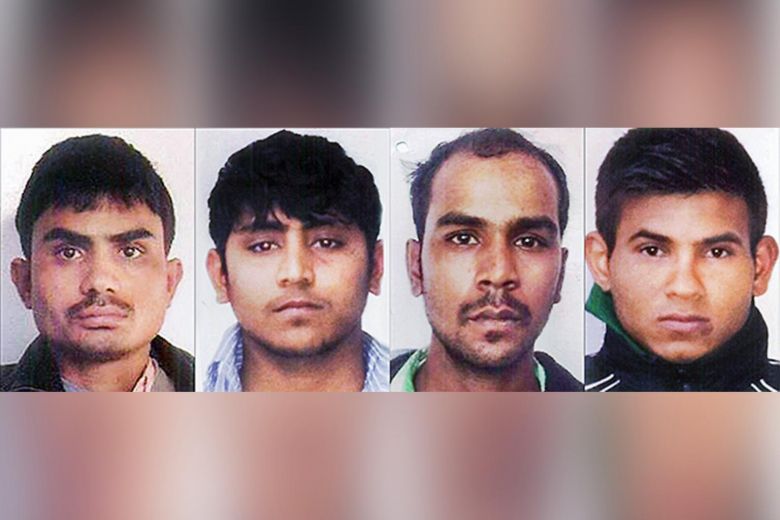 The men were hanged to death in Delhi’s Tihar Jail, a jail official confirmed.

A lone hangman carried out the executions after courts rejected last-minute pleas by the convicts’ lawyers, with the hearings going till late Thursday night.

“Our daughter has finally got justice, I thank the judiciary, the government,” the rape victim’s mother, Asha Devi, said outside the jail, where a large crowd gathered.

They broke into cheers as news of the hanging was confirmed.

The 23-year-old medical student was gang-raped and heavily injured on a moving bus in the Indian capital on Dec. 16, 2012, sparking mass protests and an international outcry.

She died nearly two weeks later at a Singapore hospital.

“It has been a long fight for justice. I dedicate this day to all daughters of this country, we will continue the battle,” Asha Devi added.

Nirbhaya’s father Badrinath Singh said his family would be meeting lawyers to identify grey areas in the trial procedure that came up with this case and push to address them.

The death warrants were issued for the first time on Jan. 7 and were deferred four times as lawyers used various legal options to delay the hangings.

Nirbhaya – “fearless” in Hindi – was the name given by the media to the physiotherapy student by the Indian media as a rape victim cannot be named under Indian law.

Six men, including one who was a juvenile at the time of the crime, were accused.

Ram Singh, who was the bus driver and one of the perpetrators, allegedly committed suicide in Tihar jail at the beginning of the trial.

The juvenile was let off in 2015 after three years in a reform home. This is the maximum punishment permissible for a juvenile.

The others – Akshay Thakur, Vinay Sharma, Pawan Gupta and Mukesh Singh were sentenced to death by a trial court in 2013. This was upheld by higher courts.

Mukesh Singh was bus driver Ram Singh’s brother and Akshay Thakur was his assistant. Vinay Sharma was a gym assistant and Pawan Gupta a fruit vendor.

All of them lived in the Ravi Dass slum in south Delhi. They were aged between 20 and 30 at the time of the crime.

According to jail procedures, the bodies are to be taken for post mortem and then handed over to their families.

The jail authorities will make arrangements for cremation if relatives do not want the bodies, Tihar Jail spokesman Raj Kumar said earlier.

A death sentence is very rare in India and the sentence being carried out is even more infrequent.

Five men have been executed since 1995, three of them terrorists.

Despite stricter laws and measures to increase security for women since the Delhi gang rape, a high number of such crimes continues to be reported in India.

According to the latest government data available, 33,356 women and girls were raped in India in 2018.