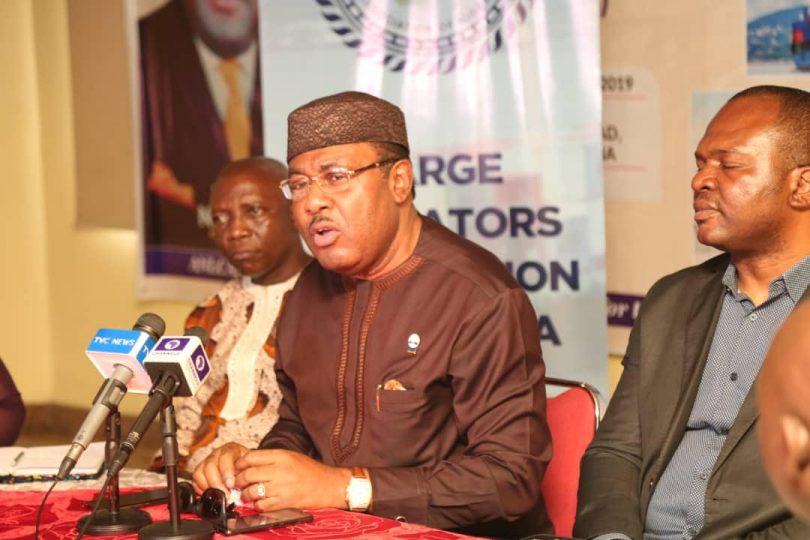 …. Kelikume threatens to unmask anyone that strays!***

It was learnt that the Customs suspended barge operations following suspected instances of cargo diversion or related infractions.

The duo gave the commendation at a joint press conference in Lagos, at the Rockview Hotel, restating their commitment to support the Customs and it’s management in achieving the mandate of the Service, particularly towards facilitating quick cargo clearance in the nation’s seaports.

Speaking at the event, the BOAN President, Mr. Edeme Kelikume, warned that any of barge operator who violates the laid down rules guiding barge operation will be made to face the law accordingly.

Said Kelikume: “We commend the Comptroller General of Customs Hameed Ali for swiftly retracting the decision to ban barging activities due to one or two infractions by a few members of the association that we are yet to identify”, Kelikume said, lauding the Service for the reversal. 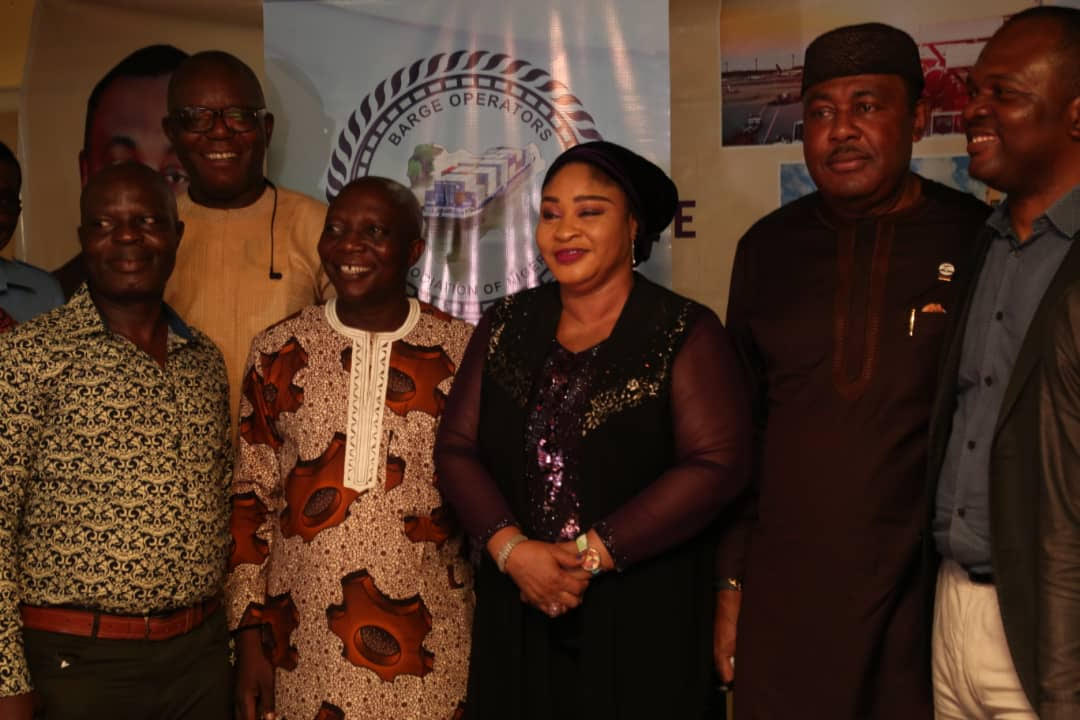 “The Customs boss has heeded to the cry of stakeholders who pointed to him and his management that this was not the right step at a time when the country is faced with global pandemic and at a time when the crude oil has crashed to the new level and is a threat to devaluation of the currency.

“We need to ensure that our seaports are  functioning very well to trade so that the country can generate revenue to sustain our populace.

“We want to assure the customs hierarchy that the barge operators and the ANLCA and other law abiding Nigerians will work with them and support them and help them to achieve their objectives of ensuring that cargoes move into the country safely and that there is trade facilitation in the country and in doing that we are giving them our full commitment that whenever they call upon us for engagement, we will give them our support and our ears to work with at all times.

“And by so doing, we want to warn all our members both from ANLCA side and Barge operators side that any member that is found engaging in illegal activities, we will not hesitate, as long as we can identify the member, to report him or her to the right regulatory authority so that they can bring them to justice as quickly as possible”, Kelikume indicated. 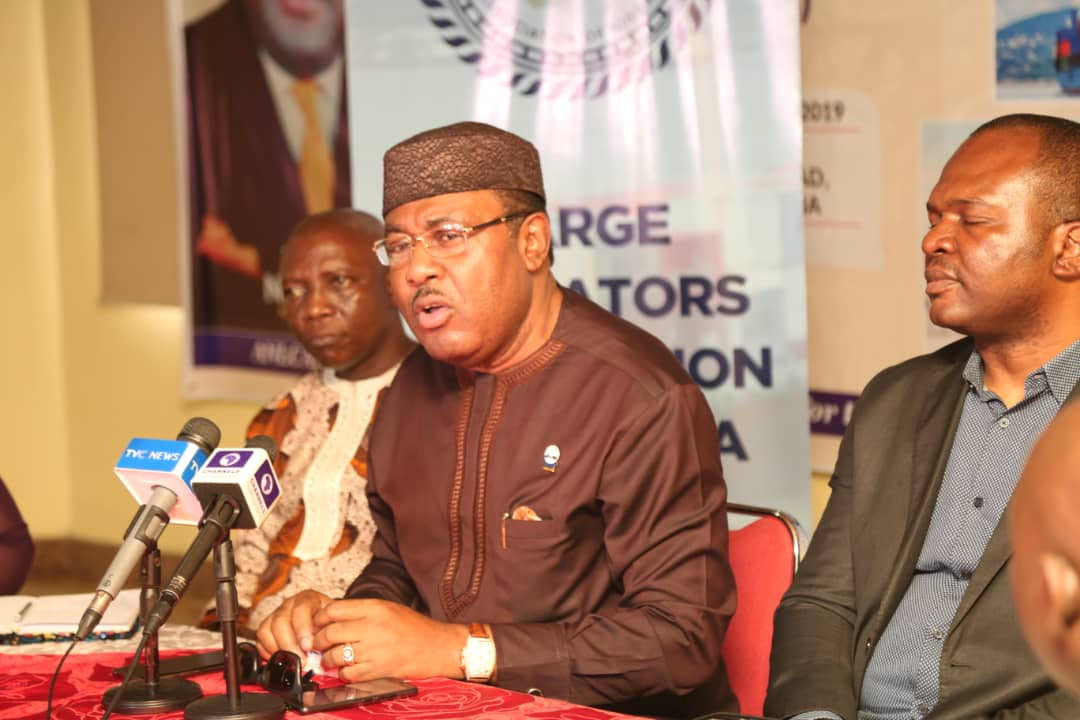 He noted that the introduction of moving containers through barge transportation on waterway has help to relieve the traffic gridlock a great deal, stressing that though it started only last year in Lagos, it has shown remarkable positive returns.

“The system which was introduced last year in Lagos has being in place in places like Warri a long time ago; and it has turned out to be of great relief, as it has reduced the issue of container falling on people and all other mishaps conjoined with traffic gridlock  in Lagos to minimal level”.

He highlighted that 300 TEU  containers were moved through barges last year in Lagos, adding that “if we were to rate our performance now, we are on 30% performance now due to what is happening in the nation. We are still in operation, but on minimal basis”, he remarked.

He also explained that his association had registerred only 30 members in Lagos with the Nigerian Ports Authority unlike in Warri that has being in existence for long.

He lamented that the barge operations  service lacks capacity development and lacks accessibility to  cabotage funds,

“High cost of equipment is really slowing than our figures of output. We are not fully accessible  to APMT and you all knowt that access to barge operation is very important just as safety is of importance”, he also said.

Speaking in the same vein, the ANLCA President, Mr. Iju Tony Nwabunike noted that the Customs has the right to suspend barge operations if it was believed the gesture was n longer in the overall interest of cargo facilitation and revenue generation. 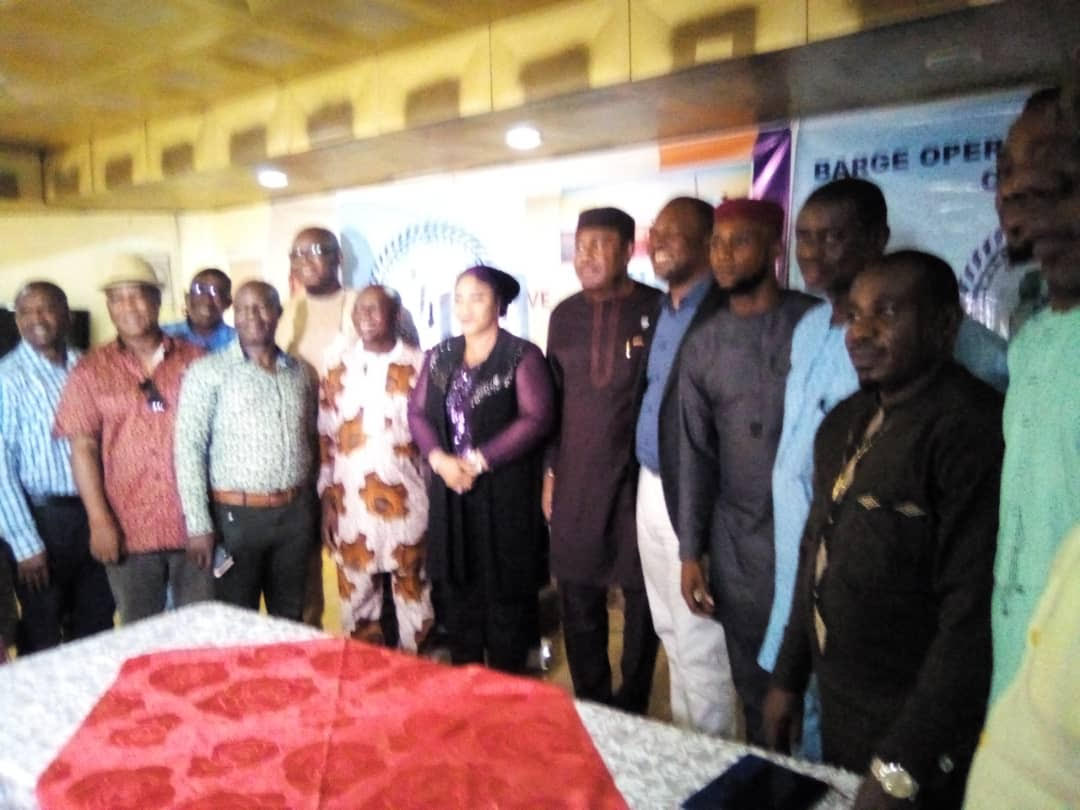 Nevertheless, he insisted that it was important for the Service to build good relationship with stakeholders “so that we can have a wonderful relationship that will truly facilitate trade and generate revenue, for the good of the nation’s economy, the barge operators and ANLCA.”

Nwabunike further warned ANLCA members that no one was above the law and urged them to abide strictly to the constitution and guidelines on areas of their work so as not to flout the law as regards the barge operation.

On the lifting of the ban, ANLCA president said that the association would still wait for the formal circular from the customs command that would document the reversal even though some people have confirmed it that it has been reversed; “but it is very important as it has been done in government circle that this reversal should be properly documented for future reference.

“We use our barges to ferry cargoes; and given the level of gridlock that we are experiencing now on the road, using barges is one of the best system of transportation now!”