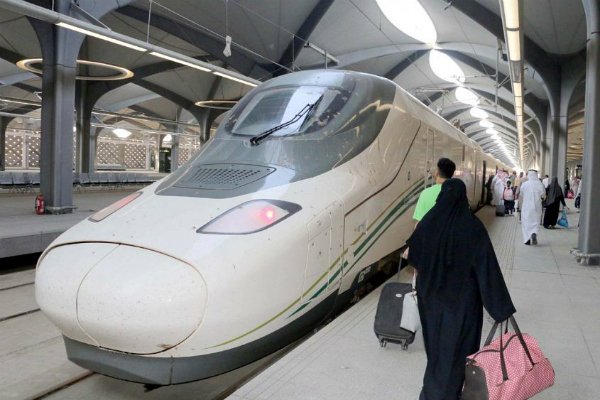 Saudi Arabia will suspend all domestic flights, buses, taxis, and trains for 14 days to control the spread of the novel coronavirus, the official Saudi Press Agency reported on Friday.

The move, which goes into effect on Saturday, exempts humanitarian and private flights, as well as ride-sharing apps and buses transporting employees, the agency said.

On Friday, the Health Ministry announced 36 new cases of coronavirus in the kingdom, bringing the total number to 274.

There have been no recorded deaths as of Friday, however two people remain in a critical condition.

Saudi Arabia has already halted the Muslim Umrah pilgrimage in the holy city of Mecca and suspended international flights as part of a series of decisions aimed at preventing an outbreak in the kingdom.

In a related development, the California Governor Gavin Newsom has ordered his state’s residents to stay at home, announcing an extraordinary action over roughly 40 million people in the country’s largest state.

The directive went into effect on Thursday evening, restricting non-essential movement, while allowing essential business and services like grocery stores and pharmacies to operate.

“We’re not victims of circumstance. We can make decisions to meet moments.

This is a moment we need to make tough decisions,”  Newsom said in a televised address.

Newsom said the decision would be enforced through “social pressure” and regulatory frameworks, but he did not believe the order would require policing.

The order allows residents to leave their homes for exercise and fresh air.

The announcement comes as the country attempts to blunt the rapidly escalating reported cases of the coronavirus, which has surged passed 13,600 cases, including 200 deaths, according to data compiled by John Hopkins University.

In California there are more than 1,000 cases.

Earlier on Thursday the State Department told American citizens abroad to come back to the U.S. or prepare to remain abroad for an “indefinite period,” while urging against all international travel.

The move raises to level four, the department’s global travel advisory over the coronavirus pandemic.

The advisory, which is not a legal requirement, was previously at level three and is now at its highest level.

Maryland Senator Chris Van Hollen said his office has received hundreds of inquiries on behalf of constituents abroad and slammed the State Department for a lack of guidance and assistance to facilitate travel back to the U.S.

The  U.S. has taken measures to restrict the entry of foreign nationals coming from a range of hotspots, including Europe and China.

Even the border with Canada has been closed to all non-essential travel.

Meanwhile, Congress is hashing out a massive economic stimulus bill, estimated at 1 trillion dollars, as the U.S. economy continues to reel as much of the nation comes to a standstill.

Senate Republicans on Thursday submitted their proposal for the stimulus plan to boost the U.S. economy and shelter workers from the financial fallout.

However, Nancy Pelosi, the leader of the Democrats in the House, said the bill appeared to “put corporation way ahead of workers” signalizing a partisan feud over the legislation.

The Republican proposal includes up to 1,200 dollars in one-off cash payments to individuals, with an additional 500 dollars per child, on top of loan programmes for small businesses, a range of provisions to assist industries taking big hits and support for the healthcare sector.

The 240-page proposal is broad-ranging, and will still have to be negotiated with Democrats. Mitch McConnell, the top Republican, introduced the bill and vowed lawmakers will stay in Washington until a package is passed.

“The president is determined to go big and support the American economy.

“Once you see more and more money coming into this economy, Americans will feel a lot better,” Treasury Secretary Steve Mnuchin said in an interview with Fox News.

He warned that the second-quarter growth would be weak but said he believed by the end of the year the economy will pick up again, as treatments are rolled out.

Weekly jobless claims in the U.S. rose to 281,000 last week, up from 211,000 in the previous week, as warning signs are flashing that the numbers will continue to surge as lay-offs kick in because of the coronavirus spread.

The Federal Reserve has cut interest rates to near zero and is carrying out a range of actions to supply liquidity to markets.

The latest jobs number was the highest weekly claims since February 2017, according to the Department of Labor.

As an example of how bad things might get, Ohio’s deputy governor, Jon Husted, told National Public Radio that in the first three days of this week the state saw 78,000 people join the ranks of the jobless, up from just 6,500 the week before.

Hospitality company Marriott International is one of the major employers saying it will have to lay off masses of workers.

The Philadelphia Federal Reserve warned that it is predicting a collapse in manufacturing in March.

So far, the U.S Congress passed a bill to get 8.5 billion dollars in funding for medical research, vaccines and other health-specific uses.

Mnuchin said he believes there will be bipartisan support for the third stimulus bill, even as negotiations persist.

However, an issue suspected to dominate discussions is how to means-test who gets assistance.