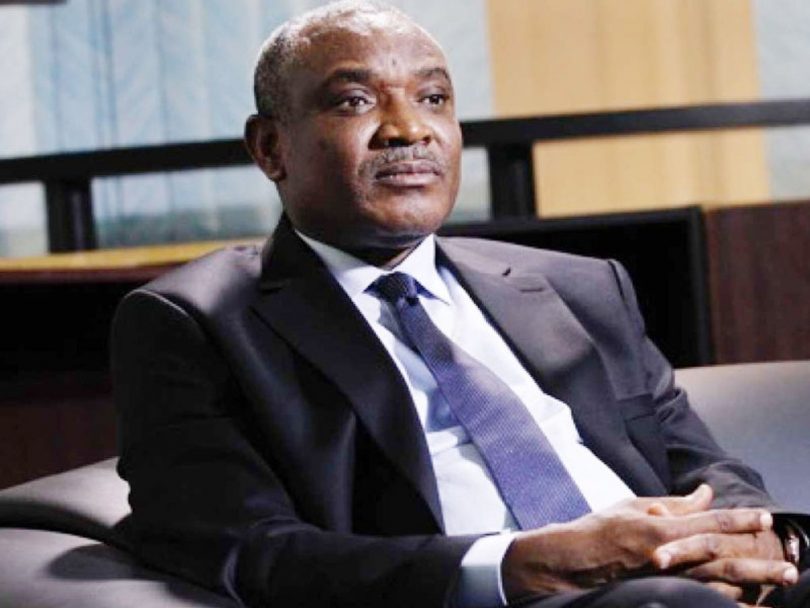 The Independent Corrupt Practices and Other Related Offences Commission (ICPC) has arrested the  suspended Chairman of the Special Presidential Investigation Panel for the Recovery of Public Property (SPIP), Mr Ekoi Obono-Obla.

Spokesperson of the commission, Mrs Rasheedat Okoduwa, who indicated this in a statement on Friday night, said the arrest followed his “months of running from the law.”

”Obono-Obla’s arrest by operatives of the commission on Friday in Abuja, comes after he was declared wanted in October last year by ICPC for repeatedly failing to honour invitations sent to him.

“The commission, while investigating allegations of abuse of office, certificate forgery and fraud amongst others, had wanted Obono-Obla to appear before it to clear his name.

“ICPC had kept surveillance on his movements and activities for some time until he was finally arrested along Aso Drive opposite the Millennium Park Abuja on Friday afternoon,’’ Okoduwa said.

She added that the suspect was taken to the ICPC’s headquarters and “run through custody protocols including medical profiling,’’ adding that further investigation was ongoing.

Obono-Obla had earlier denied the allegations and dismissed the action of the ICPC in declaring him wanted as an attempt to ridicule and embarrass him.

He also denied being invited by the ICPC for questioning before he was declared wanted.

In the meantime, the body may also have begun the tracking and monitoring of constituency projects in the country, beginning with Jigawa.

The ICPC Chairman, Prof. Bolaji Owasanwe stated this at a town hall meeting tagged, “My Constituency, My Project”, organised by the commission, in collaboration with the National Orientation Agency (NOA) in Dutse, on Friday.

Owasanwe, represented by Alhaji Zayyanu Danmusa, Commissioner in charge of Jigawa and Kano states,said that the projects would be tracked and monitored through the Constituency Projects Tracking Group (CPTG).

According to Owasanwe, the CPTG was launched in 2019 to ensure that such projects were executed satisfactorily.

He said that the ICPC was government agency with specific mandate to fight corruption in three ways.

The chairman said the ways are investigating reports of corruption, prosecuting those who committed the corrupt acts and examining ways government organisations perform their work.

“In 2019, we commenced the first phase of tracking with 12 states to ensure constituency projects were executed satisfactorily.

“The CPTG is a huge success with communities in the pilot states because lots of abandoned projects were completed, or are now being completed because of intervention of ICPC.

“The exercise led to the recovery of equipment and machinery meant to benefit ordinary people, but kept away and were not distributed.

“Many of such have now been distributed to beneficiaries, and have since been put to use.

“In the process also, the ICPC recovered money for the government from those who did not execute projects, underperformed or inflated the cost of projects,” he said.

He gave assurance that the commission would continue to track projects this year as the second phase of the exercise was about to commence.

“Importantly, the scope of the exercise has now been widened to include projects which are specifically developed and implemented by the Executive arm of government.

“So, we are gathered here today to talk about how the people can be involved in the process of selecting, implementing and monitoring these projects for the purpose of transparency and accountability,” he said.

In his remarks, NOA Director-General, Dr Garba , said that the commission had been questioning the process of location and implementation of constituency projects.

Abari, represented by the state Director, Shuaibu Haruna, said that the process was to get the citizens to take ownership of the projects since such projects were essentially meant to serve the communities.

“It is our view that when communities take ownership of the projects, there will be genuine interest to preserve and protect them.

“It will also ensure that contractors, eager to maximise profits,execute projects to the standard required.

“Community ownership will also ensure that legislators and other officials of government are alerted when there is poor execution of  contracts and that they are also held accountable,” Abari said.