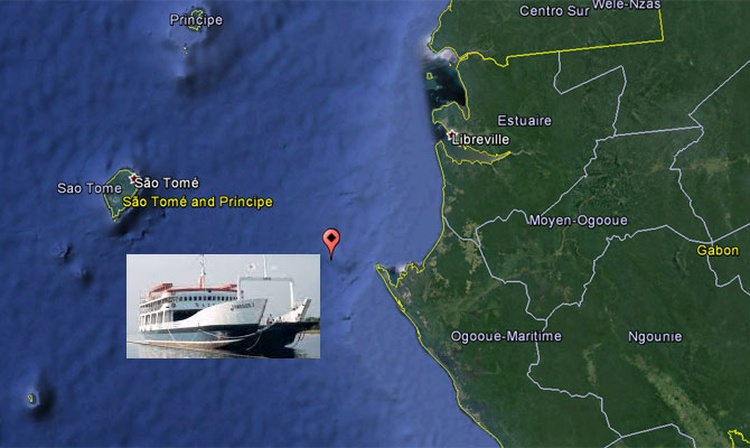 The Gulf of Guinea may remain daredevil pirates playground despite assurances to the contrary as a Coastal ro-ro passenger ship ELOBEY 6 was easily attacked and hijacked by pirates on Saturday morning.

The Pirates in the process also kidnapped 3 crew, including 2 Moroccan and an Equatorial Guinean.

The March 21, according to informed sources occurred some 22 nm off Port Gentil, Gabon, while en route from Port Bata to Annobon Island, Equatorial Guinea.

The pirates thereafter forced the crew to sail into Nigerian waters; buttressing the belief that they were Nigerians.

They, however, fled when the ELOBEY 6 was approached by Nigerian Navy, taking along with them, three of the crew.

The ship was later taken back to Equatorial Guinea waters, escorted by frigate.

In a related development, a Cargo ship was also attacked by pirates in the Gulf of Guinea, at 1006 UTC Thursday March 25, SW of Port Harcourt, Nigeria, while en route from Calabar Nigeria to Port Owendo Gabon.

The Crew according to Fleetmon, however, thwarted the attack on the Bulk carrier.

DRYAD GLOBAL reports that one speedboat with 7 attackers on board was in the vicinity of the ship, with no other details.

According to track, the ship changed course after attack and was sailing at a reduced speed for some time, before later returning to course and gathering way to a full ahead.

The report said the attack was frustrated either due to skillful maneuvering or, by timely intervention of armed guards, if they were on board.