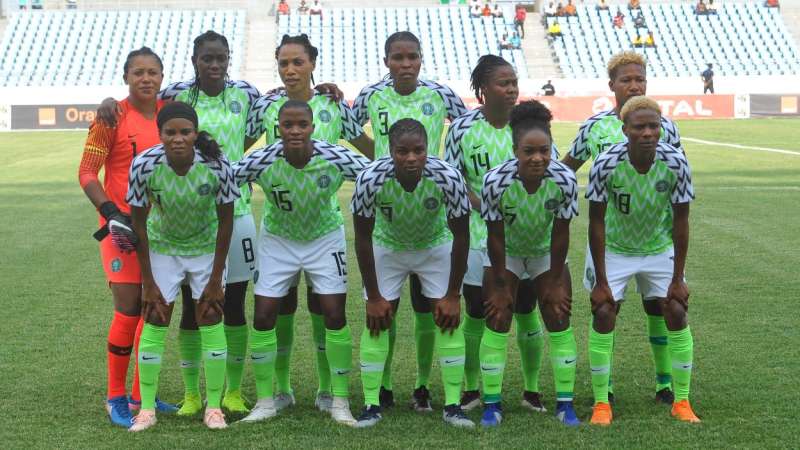 Nigeria’s Super Falcons have been ranked as the first team in Africa after moving up by one spot to place 38th in the world in the FIFA Women’s World Football Ranking.

In the ranking table for the month of March on the website of world football governing body FIFA on Thursday, Nigeria garnered 1,614 points.

Zambia are also among several teams to have earned a FIFA/Coca-Cola Women’s World Ranking boost following a busy start to the year.

A combination of Women’s Olympic Football Tournament qualifiers and several friendly tournaments have caused significant movement across the continents.

”While the Zambians (100th, up 6) are this edition’s biggest climbers after clinching a spot at the Olympics with a shock triumph over Cameroon, they are not the only team ascending the order.

”In truth, these gains are often indebted as much to others’ struggles as to the rising team’s successes.

”Korea DPR have leapfrogged Japan (11th, down 1), due to the Nadeshiko suffering three straight losses at the SheBelieves Cup, while Slovenia and Jamaica have advanced thanks to Zambia’s surprise qualifying defeat of Cameroon (51st, down 2).

”At the very top, the USA’s (1st, unchanged) long reign continues after the world champions lifted the SheBelieves Cup on home soil.

”But Germany (2nd, unchanged) have at least narrowed the gap after impressing at the Algarve Cup and gaining 12 ranking points – more than any other top-ten team in this edition,” a report on the website said.

The global order has also welcomed its newest addition, with Gambia (113th) increasing the number of teams in the ranking to 159 – the second-highest number on record.