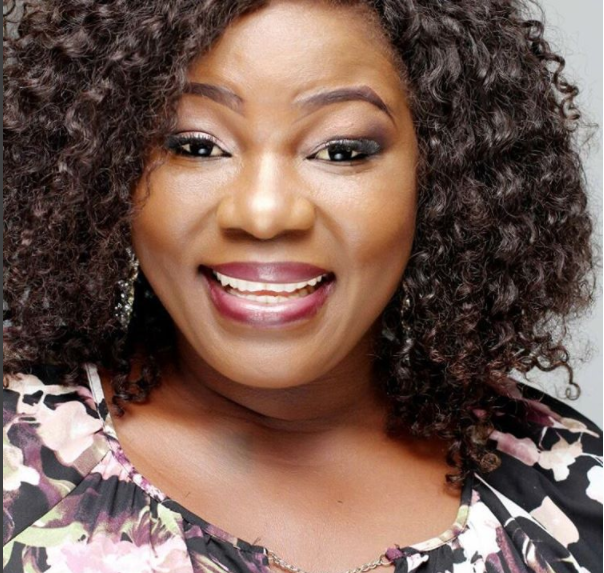 She made the call in Lagos in a video she shared on social media,  overtly expressing sadness and frustration over the lack of regular power supply even as Nigerians observe the stay at home order.

She noted that most Nigerians have gone ahead to stock-up food items to observe the stay- at- home order, and therefore need power to preserve them.

“For God’s sake, government, give us light, for these two weeks it is only natural that you give people light for them to sit in their houses.

“Federal Government, do something, and give us light because for the past few days, I know how much I have spent on fuel, but what about the people that cannot afford it.

“Truly am very upset, and as a matter of fact, i feel like crying, what kind of country is this, what is this.

“You said people should stay at home, and we all understand that this Coronavirus is killing, and why is it that things are not working.

Ameh has spent more than two decades in the Nigerian movie industry, and is acclaimed for her character as Anita in a 1996 movie titled “Domitilla”.

She starred in AY’s award-winning film “30 Days in Atlanta,” among others, and  features  as Emu Johnson in the award-winning Nigerian TV series titled “The Johnsons.”

President Muhammadu  Buhari in a nationwide broadcast on Sunday, ordered a lockdown of the Federal Capital Territory, Lagos, and Ogun state to check the spread of COVID-19.

According to him, the lockdown, which took effect at 11 p.m on Monday, March 30, would be for an initial period of 14 days.

In the meantime, the Speaker of House of Representatives, Rep. Femi Gbajabiamila, has met with major stakeholders in the power sector in a bid to improve electricity supply as Nigerians adhered to the stay at home order to contain COVID-19.

The meeting which held on Wednesday in Abuja, had the Minister of Power, Mr Sale Mamman, and the management of the National Electricity Regulatory Commission (NERC) in attendance.

Gbajabiamila expressed dismay over the barrage of calls and messages from Nigerians through his social media account on lack of electricity supply.

He said a Nollywood actress, Ada Ameh, had earlier protested poor electricity supply to Nigerians during the ongoing lockdown in major parts of the country in a video that went viral on social media.

The lawmaker said that many Nigerians while reacting to Ameh’ protest on social media, called for prompt action by relevant authorities.

“It has become imperative that I urgently call for this meeting to find a solution to the poor supply of electricity during this lockdown period.

“If we ask people to stay at home to prevent the spread of the Coronavirus, at least we have to make their homes comfortable for them to stay.

“The complaints have just been too much in the last 24 hours; there are people in the hospital now without electricity; we need to brainstorm over an urgent solution,” he said

The minister of power, Mamman, highlighted the challenges encountered by power Generating Companies (GENCOs) and the possible intervention by the leadership of the house.

Mamman said the ministry was aware of the electricity challenges faced by Nigerians at the moment.

He said they had started engaging the GENCOs, based on complaints that the Distribution Companies (Discos) were only remitting about 20 per cent of their dues.

The minister said the GENCOs were faced with technical and revenue shortfall which had hindered them from meeting their financial obligations to gas companies.

According to him, the Discos also paid less of their generated revenue to GENCOs, because they complained about power theft by consumers and high technical costs.

“The sum of N130 billion is what the government gives GENCOs to augment the shortfall of payments not fulfilled by Discos.

‘’We still have about N1.2 trillion payment shortfall in all; we have been begging the gas suppliers to please, in the interest of Nigerians, release gas to the GENCOs.

‘’The shortfalls are accruals from the problem of estimated billing, non-payment of bills by estimated customers.

“What the NASS can do is to plead with CBN to help with funds to enable the federal government augment the revenue shortfall to enable government pay gas companies and thereafter bring all the critical stakeholders to a table,” Mamman said.

The Commissioner on Compliance, NERC, Mr Dafe Akpeneye, said the commission was committing the Discos to a new guideline to show empathy with Nigerians during this COVID-19 lockdown.

According to Akpeneye, all NERC commissioners are in the Situation Room in our office monitoring GENCOs and Discos activities.

“We know the demand for this power during this lockdown is for residential, since most industries are on lockdown, so we are going to release a new guideline and sanction electricity companies that can not show empathy during this period,” he said.

The GMD of NNPC, Kyari said that the problem with the Trans Vocados gas line was resolved on Wednesday morning and gave assurance of supply of gas to enable GENCOs generate power.

The Minister of Finance, Zainab Ahmed and CBN Governor Godwin Emefiele in their various contributions gave accounts of complications arising from the nonfulfillment of financial obligations by the electricity stakeholders.

They, however, assured of interventions in the interest of Nigerians who were observing the lockdown order.

The stakeholders agreed to reconvene in the next few days to find lasting solutions to the challenges in the sector beyond the lockdown period.