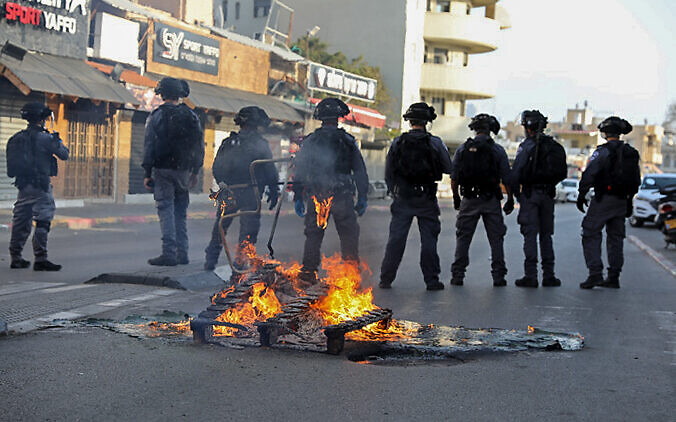 Arab residents of Jaffa rioted on Wednesday, burning tires and dumpsters because the police were enforcing nationwide quarantine restrictions to prevent the spread of coronavirus.

During a patrol of the Ajami neighborhood, police saw two men standing together and asked to see identification to check if they were outside the 100-meter limit from their homes, according to a report by Ynet.

The young man refused the order, and other residents began surrounding the officers to help the man escape. Police called for backup; shortly after, clashes began.

The police released a statement, according to the report,  stating that “forces in Jaffa spotted a man who refused to disclose his details, and dozens of people gathered, including his family, surrounding the officers to aid the boy’s escape. Some even confronting the forces and attacking them violently.”

“A large group of people burned tires and hurled objects, hitting police, who arrived at the scene. Israeli police officers are now engaged in stopping violations of directives. The police will allow the right to protest and freedom of expression, but will not allow violent behavior,” said the statement.