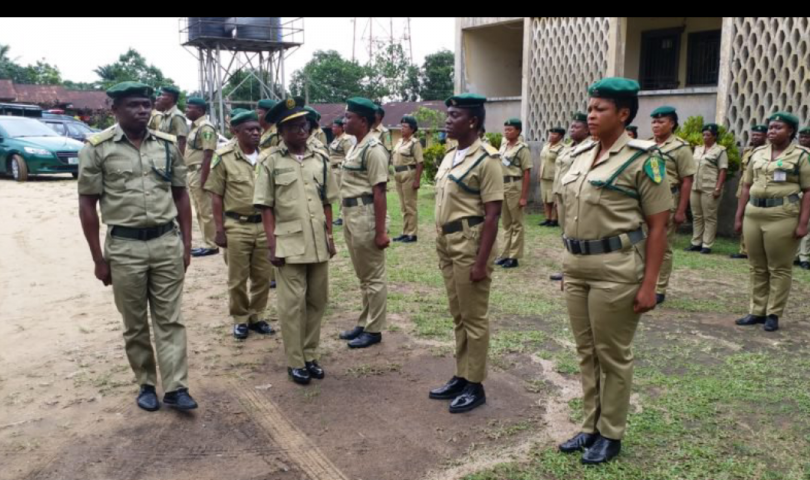 Nigerian Correctional Service (NCS), says it has adopted precautionary measures to protect inmates and prevent the spread of Coronavirus pandemic in its facilities in Kano State.

Mr Magaji Ahmed, State NCS Controller, stated this on Thursday in Kano, adding that the service has implemented pragmatic measures to prevent the spread of the virus and other diseases to its facilities as well as improve the health status of the inmates.

He said the service had provided antiseptics, disinfectants, sanitisers and sterilisers in the facilities, adding that newly sentenced inmates would be quarantined under supervision of medical team.

“We sensitised our personnel and inmates on the dangers of COVID-19 and encouraged them to keep a clean environment, wash their hands after using the toilet and bath regularly.

“Every middle of March, we go round and sanitise the inmates because it is the season of meningitis and cholera,” he said.

Ahmed disclosed that the service had initiated viable projects to decongest inmate population in the centres.

He said: “Right now, we are going through our records to see people who can be considered for amnesty.

“They include those that have been in prison for many years; inmates who have terminal diseases according to medical records, those with optional fine not above N50, 000 and insane. It must get to Abuja before April 3.

“We are building a 3, 000 capacity custodial centres in six geopolitical zones including Abuja making it seven”.

Ahmed disclosed that the Kano custodial project had reached about 85 per cent completion, adding that the project located at Janguza was designed with clinic, ultra-modern vocational centre to reform and rehabilitate inmates.

The Controller urged development organisations, community and religious leaders to support youth and encourage them to engage in productive activities to check drug abuse and crimes in the society.

“45 per cent of our able-bodied youths are inmates due to the consumption of drugs,” he said.