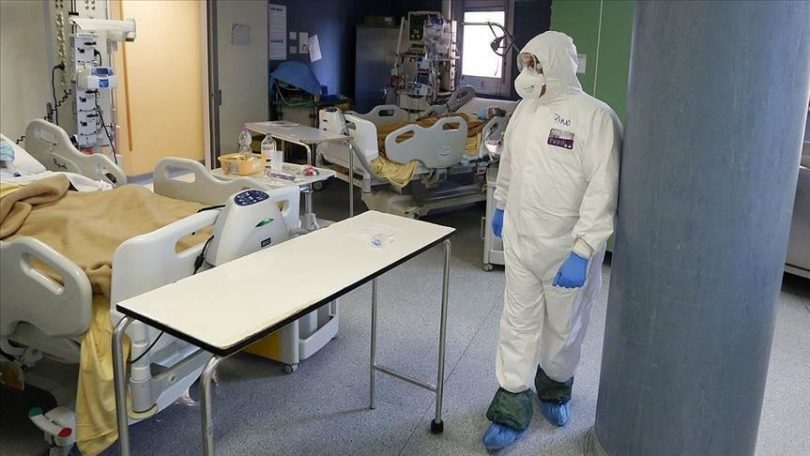 Over the past 24 hours, Italy recorded 431 coronavirus-related fatalities, the lowest daily death toll in three weeks, officials said on Sunday as the country celebrated a subdued Easter holiday.

In total, 19,899 people have died in connection with COVID-19, the respiratory disease caused by the virus, the Civil Protection Agency in Rome said.

The U.S. on Saturday surpassed Italy as the country with the highest number of coronavirus-related deaths.

The number of infected in Europe’s worst-hit nation rose to 156,363, a moderate increase of a little more than 4,000 cases, a rise that one expert partially ascribed to increased testing.

Some 34,000 people have recovered. According to agency chief Angelo Borrelli the pressure on intensive care units was lessening.

Officials in the hard-hit Lombardy region in northern Italy remained concerned, saying the situation had not yet stabilised.

The region has reported the majority of fatalities – more than 10,900.

Italian police have ramped up their enforcement of the country’s coronavirus lockdown over the Easter weekend, with police checking hundreds of thousands of people.

Italy’s 60 million citizens are allowed to leave their home only for specific reasons, for example, to go to work, visit the doctor or go shopping.

Walking or jogging is only permitted close to home, and people need to carry certificates explaining why they are out.

The measures were introduced on March 10 and will remain in place until at least May 3.

In the meantime, the Kenyan health ministry on Sunday confirmed six additional cases of COVID-19, bringing the number of those infected by the virus to 197.

Mutahi Kagwe, Cabinet Secretary for Health said that the figure was from 766 samples that have been tested by medical personnel in the past 24 hours.

“Of the six new cases, five are males and one is a female.

Five of them are Kenyan nationals while one is a foreign citizen,” Kagwe said in a statement issued in Nairobi.

Kagwe said that five of the cases were from mandatory quarantine centres while one was picked by the surveillance team.

The patients are aged between 25 and 59 years.

The official said one more patient was discharged from hospital, bringing to 25 the total number of recoveries.

Kagwe also said that one person from Siaya County in Western Kenya succumbed to the disease that now brings the total deaths from COVID-19 to eight.

He said that contact tracing for people who might have been in contact with the six persons was ongoing, adding that a total of 2,160 contacts had been monitored, out of which 1,660 had been discharged.

Kagwe said 500 contacts were being followed at the moment, adding that a total of 7,449 had been tested since the onset of the disease in the country.

Kenya has banned movements in and out of four counties, closed all learning institutions, including introducing a night curfew among other measures, aimed at containing the spread of the virus.