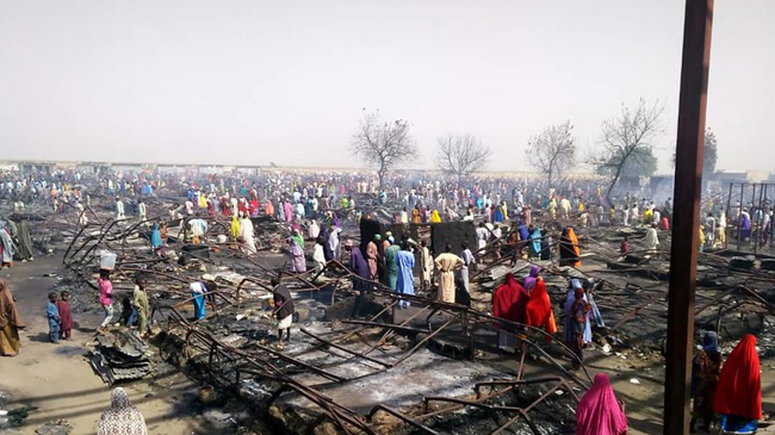 No fewer than 700 shelters were destroyed by fire in an Internally Displaced Persons (IDPs) camps at Mafa Local Government Area of Borno State.

The Secretary of the Council, Mohammed Lawan-Sheriff, made the disclosure on Tuesday in Maiduguri.

Lawan-Sheriff said that dozens of households in the camps were displaced during the fire outbreak, which started at about 11 a.m. on Tuesday and lasted for several hours.

He said the fire incident, which began from a tent, gutted other shelters because there was no immediate fire service response in the camps at the time of the incident.

He said the combined efforts of the IDPs, Civilian Joint Task Force, security agencies and other good samaritans brought the situation under control.

“Immediately, we heard about the incident, we quickly mobilised the host community and rushed to the scene to put out the fire. So far, no death was recorded,” he said.

The secretary explained that the council and other partners were working to address the humanitarian situation at the camps.

“We have asked the 11 camp managers to assess the level of damage and do the head count to ensure that everyone is safe, while an ambulance was placed on standby to evacuate any injured persons,” he said.

The Mafa IDPs camp is housing 4,782 households, mostly women, children and the elderly.