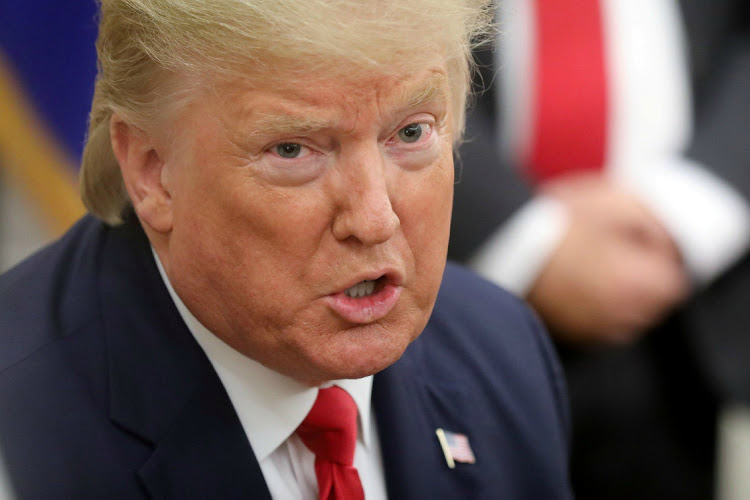 U.S. President Donald Trump late on Monday said that he would “temporarily suspend immigration into the United States” by executive order amid the coronavirus pandemic.

“In light of the attack from the Invisible Enemy, as well as the need to protect the jobs of our GREAT American Citizens, I will be signing an Executive Order to temporarily suspend immigration into the United States,” he tweeted.

The president did not provide further details about the move, which came as his administration sought to start reopening the country after it was shut down in an attempt to slow down the transmission of the novel coronavirus.

Vice President Mike Pence said the U.S. had enough testing for every state to begin phase one of a three-phased approach to reopening the country presented by the White House.

“By our best estimates, we have enough testing capacity today for every state in America to go to phase one if they meet the other criteria of 14 days of reduced cases and sufficient hospital capacity to prepare for any eventuality that may occur,” Pence told a daily briefing.

Meanwhile Anthony Fauci, the top U.S. public health official on infectious diseases, tempered expectations of a quick return to economic normality saying the virus had to be contained first.

Speaking on broadcaster ABC, Fauci cautioned that testing for antibodies to the virus had not yet been perfected while also warning that immunity was still being studied.

“If you jump the gun and go into a situation where you have a big spike, you’re going to set yourself back,” he said, adding: “Unless we get the virus under control, the real recovery, economically, is not going to happen.”

Trump said there were additional testing sites that governors knew of and could be using, taking a swipe at two governors who he said “didn’t understand” this.

The president said New York governor Andrew Cuomo, who has been one of the most outspoken critics of Trump’s coronavirus response, would visit the White House on Tuesday.

Earlier on Monday, Cuomo called for help from the federal government on fixing supply chain issues that left labs with shortages of chemicals and equipment for testing.

Maryland has acquired 500,000 tests from a company in South Korea, according to a tweet by an aide of state Governor Larry Hogan.

They are among governors who have warned that testing remains inadequate to quickly identify and contain new outbreaks of the virus, with current capacity at just a fraction of what experts are recommending, though efforts are under way, including in the private sector, to roll out more kits with faster turnaround for results.

Fauci said antibody testing for the coronavirus was still in its infancy, raising concerns that it might be difficult to determine who was really immune.

Moreover, Fauci cautioned, as he had in the past, that immunity to the new coronavirus was still not proven, even if it was being assumed.

“We don’t know how long that protection, if it exists, lasts,” Fauci said.

The antibody tests still need to be “validated and calibrated”.

Fauci has in the past floated the idea of issuing certificates of immunity, once it is possible, to help facilitate relaxing shutdown guidelines.

The governors of South Carolina, Georgia, and Tennessee, on Monday announced that some businesses would be allowed to reopen starting on the day.

Protests against stay-at-home orders imposed to stem contagion have spread across the U.S. in recent days.

Trump has shown signs of support for the protests, even as his administration continues to insist on social distancing guidelines.

Some of the protests have seen flagrant violations of anti-pandemic rules and called for reopening the economy, in spite of the health risks.

Facebook said it was banning pages for events that violated social distancing rules.

New York’s Cuomo said: “You don’t need protests to convince anyone in this country that we have to get back to work and we have to get the economy going.”

New York, the epicentre of the country’s outbreak, is past the plateau, but “nobody knows” how long the descent would take, Cuomo told a daily press conference.

“The numbers would suggest we’re seeing a descent.

The governor said the hospitalisation rate continued to decrease and the one-day death toll was fewer than 500 for the first time in more than two weeks, with 478 more fatalities.

Meanwhile, the New York State Nurses Association launched three lawsuits on Monday against the state and two hospitals, alleging that their members were being exposed to dangerous working conditions amid the pandemic.

The suits say nurses were not given protective equipment and sufficient training.