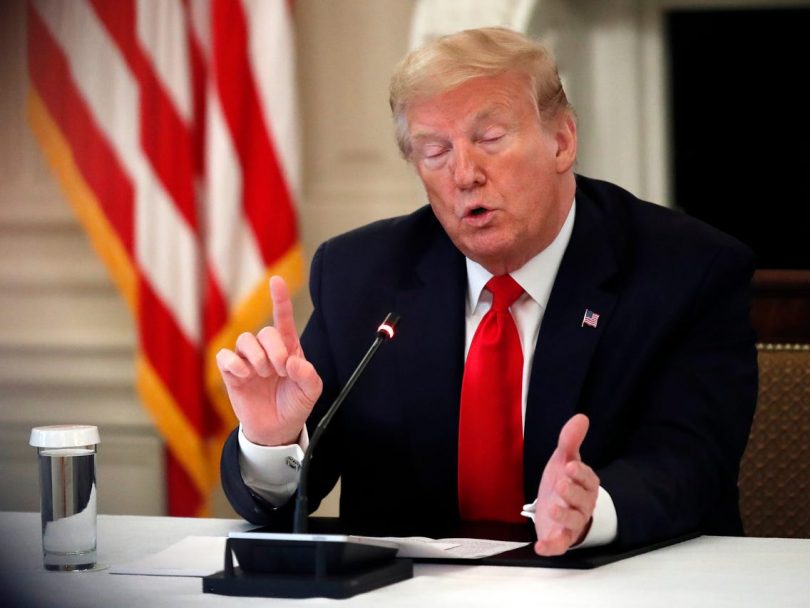 …As China says it ‘has no interest’ in meddling in U.S. presidential election, amid Trump’s allegations***

U.S. President Donald Trump claimed Thursday that he has seen information indicating the Wuhan Institute of Virology is behind the coronavirus outbreak, but would not provide any details.

Speaking with reporters from the White House Trump was asked if he has seen any information that gives him a “high degree of confidence” the virus originated in the Wuhan lab.

“Yes I have,” Trump responded, adding that the “World Health Organisation should be ashamed of themselves.”

When asked to provide details on the information Trump said: “I am not allowed to tell you.”

In the meantime, China has stated it ‘has no interest’ in meddling in U.S. presidential election amid Trump’s allegations

The Chinese Foreign Ministry on Thursday said Beijing has no interest in meddling in the 2020 U.S. presidential election.

Ministry spokesman Geng Shuang underscored during a news briefing that the upcoming election is the domestic affair of the U.S. and that Beijing voices hope Washington will not drag China into the process.

His remarks came after U.S. President Donald Trump told Reuters on Wednesday that China “will do anything they can to have him lose” the 2020 vote scheduled for November.

The statement followed POTUS claiming in 2018 that Beijing was trying to interfere with the midterm elections because he had imposed tariffs on billions of dollars’ worth of Chinese goods.

During a United Nations Security Council meeting at the time, Trump asserted that Beijing doesn’t “want me or us to win because I am the first president to ever challenge China on trade”.

Trump’s latest statement came as Washington and Beijing remain embroiled in a trade spat over what Trump has deemed unfair economic conditions and alleged anti-competitive behavior by China, a charge that Beijing denies.

Late 2019, the sides announced that they had worked out a phase one trade deal as part of a larger bilateral agreement that would help resolve the long-lasting trade row between the two countries.

As part of the accord, the sides agreed to not introduce new duties that were planned to go into effect on Dec. 15.

dpa with addition reports from Sputnik