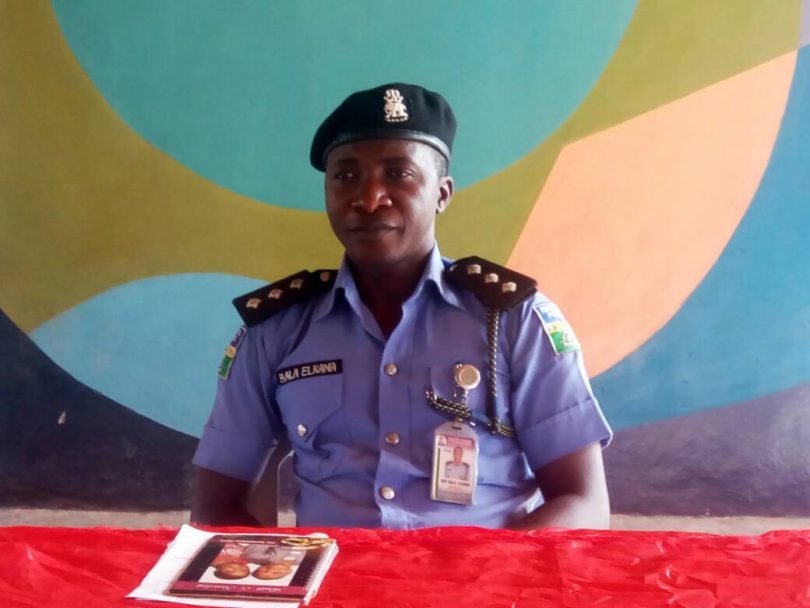 …Arrest two fake Soldiers over the death of police Sergeant***

Operatives of Lagos State Command on enforcement of COVID-19 have in the last two weeks arrested and charged 1,872 violators to Mobile Court.

The State Command Spokesman, DSP Elkana Bala who confirmed this said 1,833 accused persons pleaded guilty to the one-count charge and were convicted.

The remaining 39 accused persons who pleaded not guilty, were remanded in Police Custody till the next adjourned date for hearing.

DSP Bala noted that 483 vehicles were impounded, out of which 398 were private vehicles, while 85 were commercial vehicles, adding that 20 out of the commercial vehicles impounded were intercepted along the boundary communities on non-essential interstates travel with 152 passengers who were equally arrested and charged to Court.

The COVID-19 lockdown may have exposed a 50 years old father and his incestuous relationship with his 19-year-old daughter to a warry 45-year-old woman. The woman who noticed a pronounced disrespect between father and daughter expectedly scolded her daughter, who reportedly let the cat out of the bag. The father had been sleeping with her, right from when she was 11 years.

Consequently, the concerned mother on 09/05/2020 at about 1430 hours, lodged complain at Ikotun Police Station that her husband, Ede Tyndale ‘m’ 50 years old of Kajola Street, Ikotun was committing incest with their 19 years old daughter (name withheld).

“The survivor opened up to her mother that her father started having sexual intercourse with her when she was 11 years old.

“That he often threatened violence whenever she resists him. That the father instilled so much fear in her that she finds it difficult to report to anybody”, DSP Bala revealed further.

The suspect who was promptly arrested by detectives from the Family Support Unit later confessed to the commission of the crime.

He was thereafter charged on 11/5/2020, after thorough investigation into the case, to Chief Magistrate Court ll Ogba on five-count charges of Incest, Rape, Sexual harassment, Defilement and Sexual assault.

He is presently remanded in Police custody while the case was adjourned for hearing.

In the meantime, two fake/deserted soldiers were arrested following a tip-off on 16/05/2020 at about 1500 hours; by detectives from Ilemba Hausa Police Station in connection with the murder of a Police Sergeant Onalaja Onajide attached to Ilemba Hausa.

The detectives arrested one Kehinde Elijah “m”  45 years old of Ibiyeye Street, Whitehouse Bus Stop Okokomaiko. He is among the three suspects on Police wanted list for violent crimes.

Four pairs of military fatigues were recovered from his house.

He claimed to have deserted the military in 2015 when he was deployed to the Northeast to fight insurgency.

He has been in Ojo area since then, where he has been terrorizing members of the public.

The second suspect, Ezeh Frank Joseph “m” was arrested in his apartment at Imude Pako Area, Era road, Ajangbadi on 17/5/2020 at about 0600 hours.

He claimed to have deserted the military while undergoing basic military training.

They were arrested in respect of the shooting and killing of Police Sergeant Onalaja Onajide attached to Ilemba Hausa Division.

“The shooting incident happened on 10/5/2020 at about 2140hours, when unknown gunmen fired gunshots at the Divisional Police Officer, Ilemba Hausa and the Station Guard, Sergeant Onalaja Onajide.

“The DPO survived the gunshots but the Station Guard died from the pellets wound.

“Investigation led to the arrest of the two. The first suspect was earlier at the Station to solicit the release of his motorcycle which was impounded by the Police for violating the ban on the use of commercial motorcycles.

“Not happy with the DPO’s refusal to release the motorcycle to him, he decided to launch the deadly attack”, DSP Elkana Bala disclosed further, saying the suspects would soon be charged to Court, once investigation was completed.