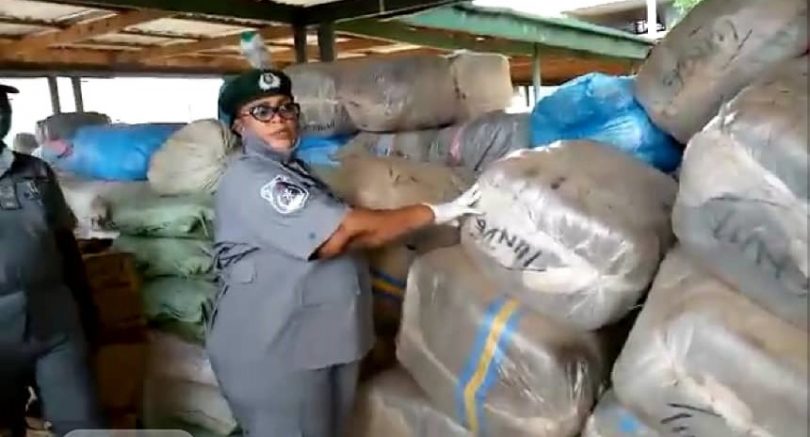 The Command Customs Area Comptroller, H.U Ngozi indicated this on Tuesday in Ibadan, noting that anti-smuggling activities of March and April 2020, netted the command seizures of 310 drums of 100 litres each and 180 kegs of 25 litres each of Premium Motor Spirit (Petrol) at different points and axis, which would soon be auctioned.

“We are proud to inform the public that through these difficult months of dealing with the COVID-19 pandemic, we have worked tirelessly as a service to ensure that our borders are secure and smuggling activities are reduced to the bearest minimum. We combed the bushes day and night to ensure that government fiscal policy is enforced and local production encouraged to increase GDP and economic development”, Comptroller Ngozi said.

Providing a breakdown, the CAC said they recorded, following credible intelligence, a seizure of 180 bales of second hand clothing from the train operated by the Nigerian Railway Corporation with Duty. 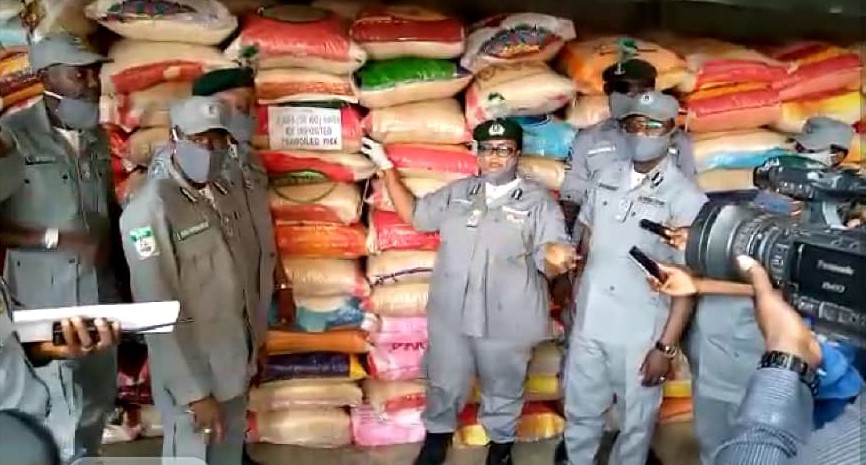 “With smart intelligence gathering, we were also able to identify a petrol filling station carrying out illegal activities within its premises. The petrol station has been sealed and the arrested suspects were made to write statement and undertaking to desist from such illicit activities.

“In addition, the means of conveyance are as follows:

“For this phase of seizures, the total Duty Paid Value is equivalent to N193,777,829”, Ngozi stated further, reiterating her commitment to the fight against smuggling of prohibited/ restricted items as being so essential, especially, towards reducing the menace of insecurity and saving our local industries.

Ngozi also spoke on the Command’s efforts in the area of entrenching good relationship.

“As a service, we are concerned about the general well-being of the nation at large and as such regret, the current health crisis (COVID-19) that has plagued our beloved Country and the entire world.

“The Nigeria Customs Service, Oyo/Osun Area Command feels the pain of the good people of Oyo and Osun States through these trying times and we hope to keep playing a part in the socio-economic development and security architecture of the states as always.

“To ensure effectiveness and efficiency of service, we visited sister agencies within the states as mentioned in the Press Brief of February, Furthermore, we visited all our customs outstations/outposts and patrol bases such as Aiyegun, Igbojaiye (Ilero), Igbokoko, Eruwa, Igbeti, Saki, Kisi, Iseyin, Ipapo, Okaka, Ago-Are and Okerete-odo (the boundary between Benin Republic and Nigeria), to mention but a few.

“On the visit, command officers, federal operations, strike force, border drill and other officers representing various sister agencies, traditional rulers, community leaders and the business community were present to receive us at every station. 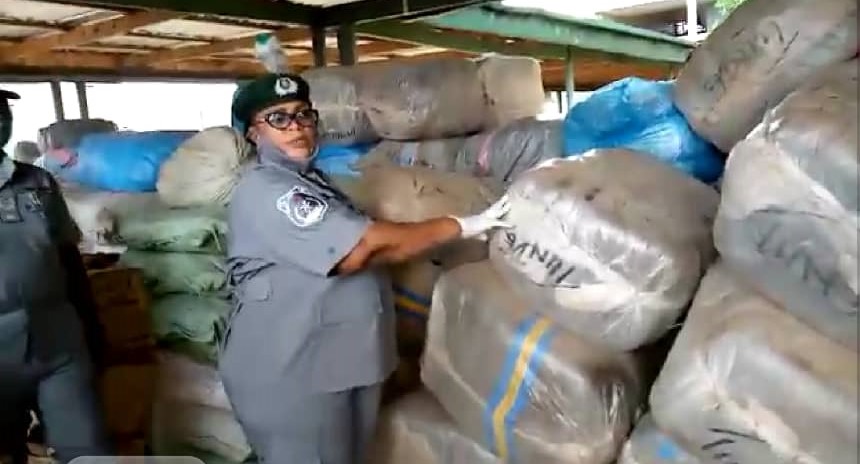 “This depicted inter-agency relationship and collaboration within the states. They were reminded of the CGC’s mandate and sensitized on the following:

*Courtesy in dealing with the public

*Compulsory compliance of the precautionary measures to prevent the imminent spread of the COVID-19 infection.

“Within the period under review, we have made 72 seizures and 63 Detentions.

“We have carried out our enforcement and anti-smuggling activities with the utmost professionalism, caution and intelligence gathering. We urge the public to cooperate with the Nigeria Customs Service in the implementation of Government Fiscal Policies to help improve the Economic and Social Welfare of the Nation.

“The CGC has directed more stringent measures to further strengthen the interception capabilities of customs officers in collaboration with the extant laws and regulation guiding import/export procedures of the country. 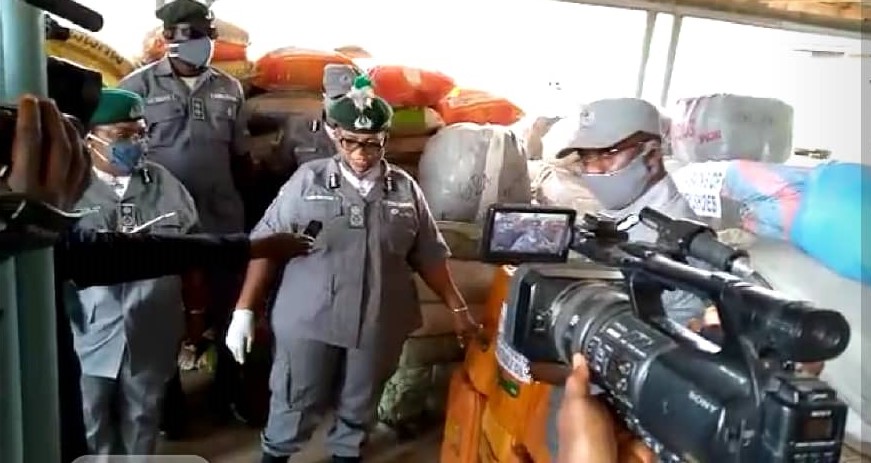 “Sections 158 and 167 of Customs and Excise Management Act (CEMA) empower Customs officers to patrol freely across the nation and makes provision for detentions, seizures and condemnation of goods, respectively. We shall continue to sharpen our intelligence and enforcement capabilities to fight smuggling and enforce compliance with the extant laws and procedures while deploying our strength and available logistics to ensure success in the battle against economic saboteurs.

“We invoke sections 147 and 151 of CEMA with the power to search premises for un-custom goods and power to give rewards to informants who give genuine intelligence to help improve the capabilities of the command on the anti-smuggling duties.

“Our officers and men at the Oyo/Osun Area Command have shown professionalism, zeal and experience in the gallant discharge of their duties. They are the key to success showcased today. They weather the storm vigilantly to ensure that the mandate of the CGC is upheld.

“I also want to appreciate the collaboration of the Customs Intelligence Unit, Border Unit, Strike Force, Federal Operations Unit and other sister agencies in carrying out the anti-smuggling activities. I thank you all”, Comptroller Ngozi stated further.