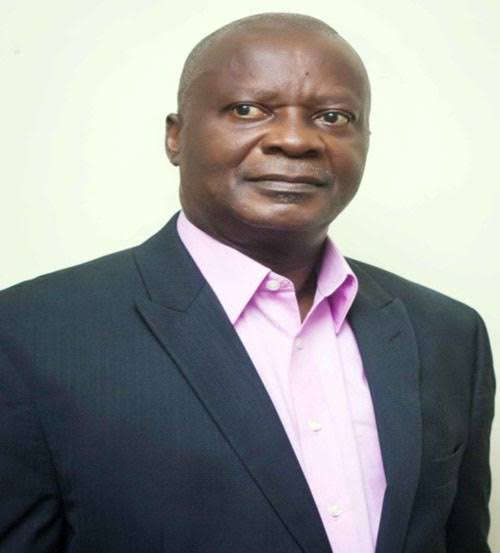 Dr. Obiora Madu is the Director-General of Multimix Academy. He was a guest speaker on Maritime TV’s Live Conversations, a live Instagram discourse this week, speaking on the topic, “Agro Export: Policy, Practice and Issues. Enjoy the insightful and informative export discourse!

As an expert do you think there is a window of opportunity for agro-export now given the government’s current attention on the Agricultural sector?

There has always been a window and that window is actually expanding. At independence, Agriculture was earning 93.3% of total foreign exchange of Nigeria. However, the nation abandoned agriculture to face crude oil. Since that time, the emphasis on agriculture and agro-export dwindled. Today, non-0il export including agriculture is less than 20%. This shows the neglect of agriculture but the opportunities are still there. Even during the lockdown as a result of the COVID-19 pandemic, agro-export continued. There was a shipment of yam few days ago from Lagos International airport via Ethiopian airline. The previous week, another batch of yam produce was exported via British Airways. Food business would always be lucrative as long as people remain on the earth. People would always require food to survive.

Crude oil has made Nigerians lazy and turned us into short-term business people. We want profit from our investments immediately. If you tell a Nigerian to do a business that would take 90 days to yield profit, the individual would exclaim as though 90 days is eternity.

Exporting is a process and not a transaction; that is why people who are in haste ought to look for something else to do. They can opt for yahoo yahoo or something else. You also need to study to be successful in export business. It is not a venture you rush into because you hear it is profitable otherwise you would also rush out and at that time, you will be doing so without that money.

The government is doing a lot to encourage the investment in agriculture and this means that there is going to be increase. For instance, for sesame seed Nigeria is doing about 300,000 tonnes and 240,000 for cocoa. However, there are signals from the market that there are gaps that need to be filled. This means that whatever increase we are able to do from agro-export, we can actually use it to fill the market.

Can you mention some of those gaps to be filled in the sector?

I just gave you the statistics for cocoa. There are some countries such Turkey, Japan, Indonesia and Malaysia, which the Nigerian Export Promotion Council (NEPC) just found out that together they did more than $1.75billion in cocoa export last year. Recall that Nigeria was once the highest producer of cocoa before crude oil pushed us away from agriculture. Today, Cote D’Viore and Ghana are doing more than Nigeria.

One of my constant prayer points is that Nigerian oil wells should dry. This would enable us to become more sensible and turn to agriculture. The oil sector isn’t one you can have total control over. You could wake up one morning to realize that the price has crashed. Such level of unpredictability doesn’t happen in agriculture.

Do we have capacity to turn agro-export around and increase the volume of the export or are you expecting the recent agro intervention from the government to take care of that?

We have the capacity to do that and exceed such expectation. However, it’s one thing to have capacity and an entirely different issue to utilize it. You could have a beautifully built house and an electricity pole close to it, unless you run a cable from the pole to the house you won’t have a power supply.

Yesterday, I saw a post that crude oil price has gone up to $33 and I got angry because this increase could lead Nigerians to stop giving attention to non-oil export.

We have different agencies of government driving various export policies such as NEPC, NEXIM Bank and CBN. Having been in the export sector for 34 years, what would you say is the missing link in terms of policies?

The missing link is synergy. Government agencies work in silos. Let me give an example.  When CBN took a new policy on foreign exchange for export two years ago, NEPC wasn’t consulted and there wasn’t proper consultation. This led to a very big confusion in the export sector. I think that the more government agencies and other stakeholders are able to work together, the better. At one of the recent meetings we had in Abuja before the lockdown, I told the participants that the challenge we have is that public sector agencies seem to be competing for popularity.

Collaboration is the name of the game; even companies are collaborating with competitors to succeed. For public servants, I don’t see any basis for not collaborating. Lack of inter-agency collaboration is where the problem is. We have sufficient policies but exporters are on their own because of this lack of synergy. I said this at that meeting but when the NEPC representative came up, he assured that exporters weren’t alone. We later took it as a joke but that is the truth.

What are the major agro-export items in demand and where does Nigeria have comparative advantage?

There are about seven agricultural produce which Nigeria is the largest producer in the world. We are recognized as major exporters of cocoyam, yam, among others. I would advise someone who is serious about exporting from Nigeria to explore shear nut. Nigeria produces about 60% of the world’s shear with over 300,000 tonnes. This product is like a West African product because it’s mostly found in the region. America doesn’t produce it, but they have two research institutes for it.

If anyone wants to go into export and he settles down to study; he would be able to identify the needs across several countries. Subsequently, he would be equipped with information on what to export.

On comparative advantage, Nigeria has this everywhere but we lack competitive advantage. For example, it is cheaper for a shipper to bring a container from China to Tin Can Island Port Lagos, than to move that same container from Tin Can to Ogba in Ikeja. We are not talking about taking the container to the Northern part of the country. If you have your produce coming from the North to Lagos, you would pay through your nose. As a result of the challenge, for some export produce the final cost becomes higher than the price in the international market. This is a challenge of competitive advantage. People who have sound knowledge of logistics and supply chain management try to get around this.

Assuming the rail system in Nigeria is efficient and two people buy ginger in the North for export via Lagos seaports. If one person sends his goods via rail and the other utilized the road, the person who used rail has a competitive advantage because it would cost more to use the roads.

Does this mean that the ongoing reconstruction of the railway in Nigeria would give the nation competitive advantage in export?

Yes, that would help even as it would also reduce the burden on the roads. If Nigerian roads were human beings, they would have been crying out years ago.

There have also been concerns that some exporters would rather transport their items via neighboring seaports. Today, the nation’s borders are shut but what should we be doing to get exporters patronize Nigerian ports?

Under normal circumstances, it would be madness for anybody to take goods from Nigeria to go and ship them via Ghanians ports. However, Nigeria’s national integrity is very low and this is known across the globe. When you call someone to discuss an export transaction, as soon as you reveal that you’re calling from Nigeria, the person wants to check that you’re not fraudulent. This is a big challenge and some Nigerian products that are shipped from Ghana in some cases attract higher prices. So, it isn’t just the port problem that drives people away from Nigeria.