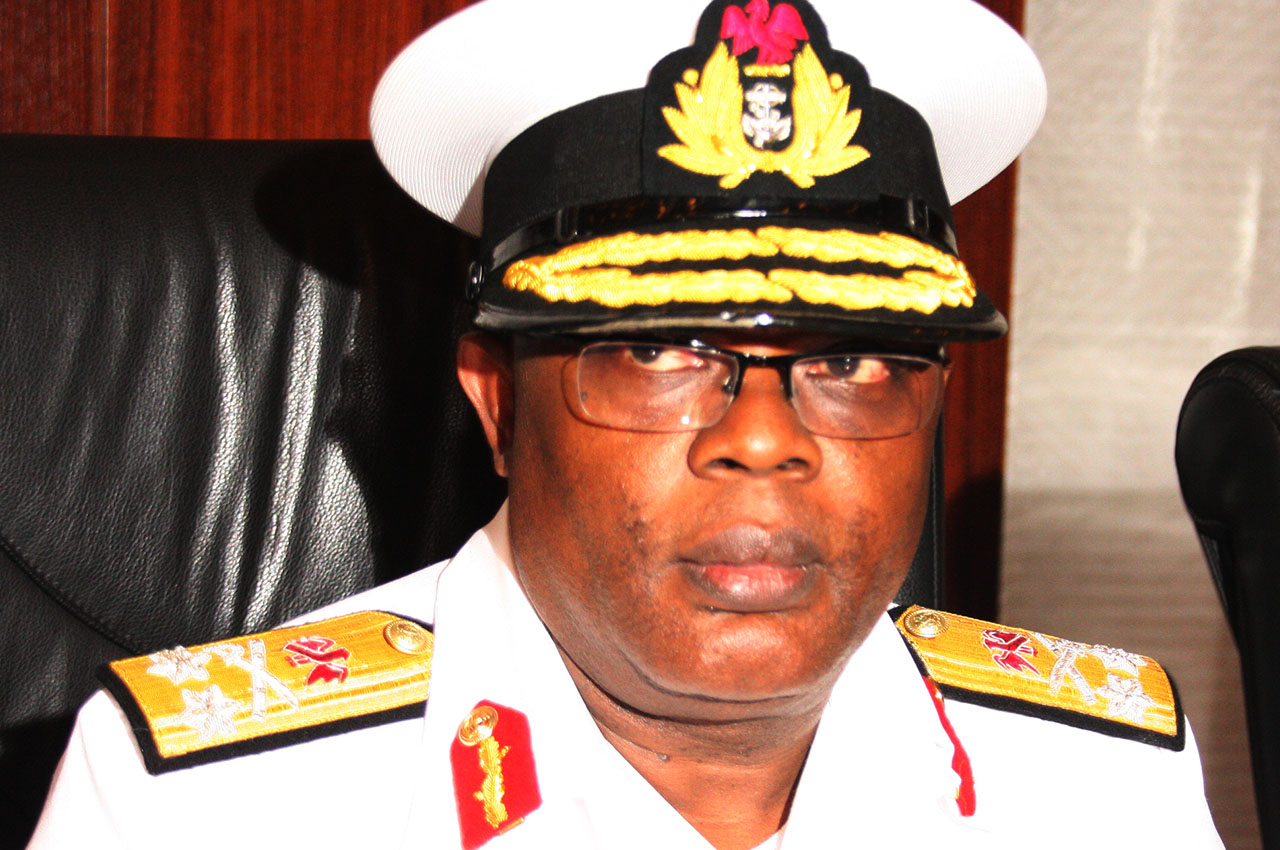 The Nigerian Navy says its anti- crude oil theft operations has destroyed a total of 2, 287 illegal refineries between 2015 to 2019.

The Chief of Naval Staff (CNS), Vice Adm. Ibok-Ete Ibas, disclosed this at a news conference on Friday in Abuja.

Ibas, who was represented by Rear Adm. Ifeola Mohammed, Chief of Policy and Plans, Naval Headquarters, also disclosed that all was set for the Nigerian Navy’s 64th anniversary scheduled to hold from May 25 to June 1.

He noted that the Service had performed credibly well in the fight against crude oil and illegal oil bunkering through operations conducted by its ‘Operational Bases and Forward Operating Bases’ (FOBs) within the period under review.

“These activities were complemented with series of swamp buggy operations in the areas where illegal refineries were discovered.

“From records, 2017 recorded the highest number of illegal refining sites destroyed. This figure decreased in 2018 and later increased slightly in 2019.

The Naval Chief said the Service in five years had also invested in local content development through the local construction of Seaward Defence Boats (SDB).

“In an effort to boost operations, 12 Manta Class boats and Inshore Patrol Craft were acquired and will be inducted into the fleet this year (2020).

“For Riverine Operations, the CNS said the Service took delivery of 148 River Patrol boats, with another 24 expected in the latter part of 2020.

“Thirty-six Rigid Inflatable Boats were also procured, with another batch of 56 programmed for delivery in 2020 ending,” he said.

Ibas said the Nigerian Navy in its renewed emphasis on fleet renewal, also acquired three Whaler boats that were also expected to join fleet this year.

“Other acquisitions under this ambitious fleet renewal effort are the acquisition and deployment of 11 houseboats for the Choke Point Management and Control operations.

“One houseboat is also expected to be deployed in 2020. One tug boat has been inducted into the Service, while 2 others are expected to join the fleet in 2020.

“Similarly, one water barge and one fuel barge are expected in 2020. The Nigerian Navy equally committed enormous resources to equipment availability to support its operations.

“Accordingly, the Nigerian Navy took delivery of a total of 168 outboard engines with requisite spares.

“As part of the Ministry of Defence’s critical intervention, the Nigerian Navy just took delivery of one Leonardo AW139 helicopter and is currently being inducted,” he said.

Ibas noted that the Service instituted dedicated operations and initiatives to enhance its policing capability toward the peaceful use of the nation’s maritime environment.

“These initiatives have engendered several recorded successes in the operations of the bases. For instance, 2016 which recorded the highest piracy attacks in the past five years recorded 70 incidents of piracy attacks.

“Furthermore, in 2019, 21 piracy-related cases were reported and only seven of these attacks were successful.

“As at May 20, there were nine pirate attacks of which only two were successful and seven unsuccessful,” he said.

Ibas said a total of 449 suspected smugglers were arrested and their boats with products were handed over to the Nigeria Customs Service for further action.