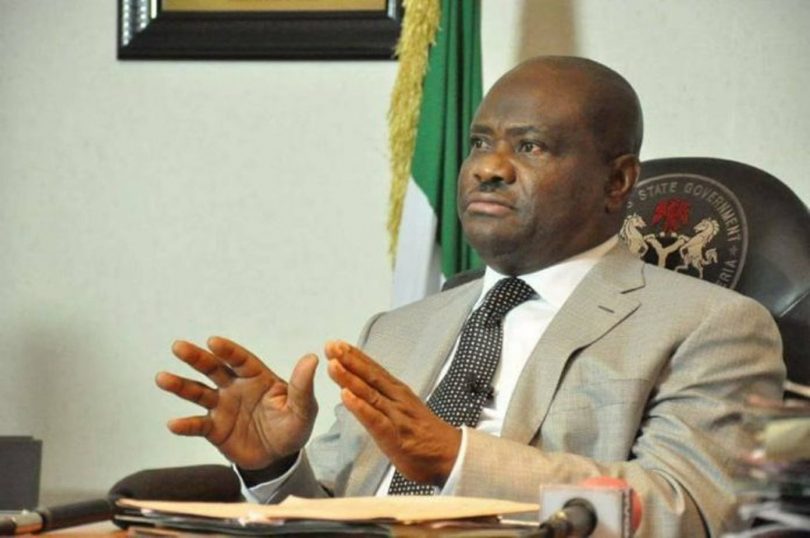 Our attention has been drawn to a statement credited to Rivers State Government wherein they claimed to have uncovered a plot to declare State of Emergency in the state.

The statement also claimed that some Abuja-based politicians were behind the alleged plot and would do anything to achieve their aim.

As a pressure group, we find the statement emanating from Governor Wike as funny and disturbing, especially as the same governor had severally boasted that he was beyond the reproach of the Federal Government and, could do and undo as he so wishes.

At every little opportunity, Governor Wike has threatened the Federal Government with all manner of underhand tactics and innuendoes, pontificating like a man that has killed a game and conquered all.

It is therefore shocking that the same governor is now suddenly afraid of the monster he has been nurturing and feeding with lies, propaganda and blackmail. He is now like a man who kills with the sword but shivers at the sight of another person carrying a sword.

We urge Governor Wike to abandon these diversionary tactics that lead to nowhere and focus on policies and activities that will ensure a well-coordinated approach to tackling the rampaging coronavirus, which his administration has sadly mismanaged.

Since the first reported case of coronavirus in the state, he has struggled to have a decent campaign, with so many confusing signals, actions, statements and policies all coming from the governor himself.

Governor Wike is now a laughing stock across the world following the demolition of two hotels in Eleme, arrest of oil workers, careless handling of violations and unnecessary statements coming from the governor and his infant commissioner for information.

Since the governor announced lockdown in Port Harcourt and Obio/Akpor local government areas, there have been no concrete and coherent plans from Governor Wike going forward; nothing come out as we say in local parlance.

He is quick to accuse others of playing politics with the Covid-19 situation but he is the greatest culprit of politicizing everything, hence so little has been achieved in terms of mass mobilization of the people and support from all relevant quarters.

Governor Wike should forget imaginary Abuja-based politicians and self-induced fear of state of emergency but should rather roll up his sleeves and constitute a think-thank that can give him solid admonitions on better methods going forward.

If the governor lacks the guile, finesse, and temperament required to handle critical situations like this, he can as well allow his Deputy, Dr. Ipalibo Banigo, a well-qualified medical doctor by every measurement to lead the team and brief him regularly.

This is the only discerning thing to do and not looking for ways of diverting attention from his ineptitude and lack of direction that belie the office he occupies.

Opinions are not direct or indirect views of Maritime First