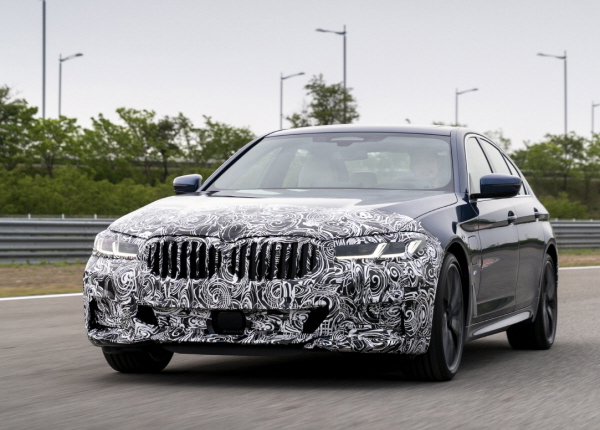 BMW on Wednesday unveiled the face-lifted 5 and 6 Series models in South Korea to show its “strong and unwavering” commitment to the Northeast Asian market due to robust demand for its models.

The German carmaker held a digital world premiere at its driving centre in Incheon, just west of Seoul, to reveal the upgraded BMW 523d sedan, the 530e plug-in hybrid sedan, and the BMW 640i xDrive Gran Turismo model, BMW Korea said in a statement.

“The fact that we can even host this event today at the Driving Center, underscores the decisive and comprehensive actions taken by Korea at an early stage, to slow the spread of the coronavirus,” Pieter Nota, head of BMW sales, said in an online message for the event.

He underlined the importance of the Korean market, as the nation topped all other countries in terms of sales of BMW 5 Series models in Korea from January to April.

BMW said it plans to launch the three upgraded models in Korea in the fourth quarter of this year.

In another development, the Mercedes-Benz has relaunched production in Argentina after a two-month standstill due to the COVID-19 pandemic, the German carmaker said.

The factory in Virrey del Pino in Buenos Aires province has its employees working only one shift.

They are being subjected to safety measures, such as a shuttle taking them to work, regular temperature checks, compulsory face masks and social distancing.

The South American country has started relaxing restrictions imposed on March 20 that shut most economic sectors down.

Argentina has confirmed more than 12,600 novel coronavirus infections and over 470 deaths.

Mercedes-Benz has been present in Argentina since the early 1950s.

The 2,500 employees in Virrey del Pino manufacture the Sprinter Van, light trucks and chassis for buses.

-Yomham with additional reports from dpa