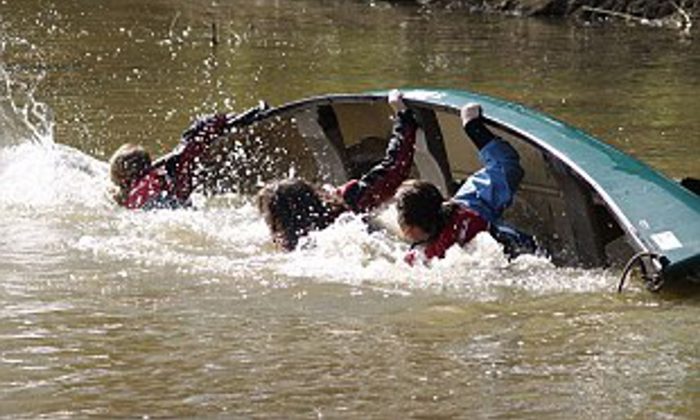 …As Police confirm abduction of CAN Chairman in Nasarawa State***

About 15 people were killed in an overcrowded canoe mishap at Gwaskaram village, in Bauchi Local Government Area of the State.

Permanent Secretary, Bauchi State Emergency Management Agency (SEMA), Alhaji Shehu Ningi highlighted this in an interview on Thursday, noting that the canoe was carrying passengers from Gwaskaram village area and was heading to the next village, Yola Doka, on a market day.

Ningi said that the accident happened over the weekend on the Gwaskaram river in Bauchi local government area of the state.

He said they had confirmed 15 deaths in the mishap while three persons were rescued, adding that rescue operation was still ongoing.

The SEMA permanent secretary assured that efforts were on to recover the remaining bodies.

Ningi said the canoe capsized due to overload, lack of maintenance and a hole that allowed water to weight it down.

He said the canoe had more than 21 people on board, noting that there were too many people and goods on the canoe.

The Ward Head of Gwaskwam, Alhaji Abdullahi Maikano who corroborated the story also said there were over 20 passengers on the wooden canoe that capsized.

“Five were rescued while out of the others, only five dead bodies had been discovered so far,” he said.

He added that they were already engaged in searching for other people missing in the river.

He enjoined the deceased families to consider the incident as an act of God.

In another development, the Police Command in Nasarawa State has confirmed the abduction of Bishop Joseph Masin, the state Chairman of the Christian Association of Nigeria (CAN), by gunmen in Lafia.

The Commissioner of Police in the state, Mr Bola Longe, confirmed the development to newsmen on Thursday in Lafia.

Longe said the bishop was abducted by gunmen who stormed his residence in Bukan-sidi, Lafia metropolis, on Wednesday night.

He said that a Police team had been deployed to trail the abductors to ensure the safe rescue of the victim and possible arrest of the perpetrators.

Corroborating the incident, Elder Yohanna Samari, a former CAN Secretary in the State, said the bishop was abducted by the attackers at midnight at his Bukan-sidi residence.

Samari said that the abductors took the CAN chairman away on a motorcycle.

He said that although nobody was hurt during the incident, the family had been greatly traumatised.

Meanwhile, Pastor Tayo Samuel, the CAN Vice Chairman in the state, said the abductors had contacted the family demanding for N20 million ransom.