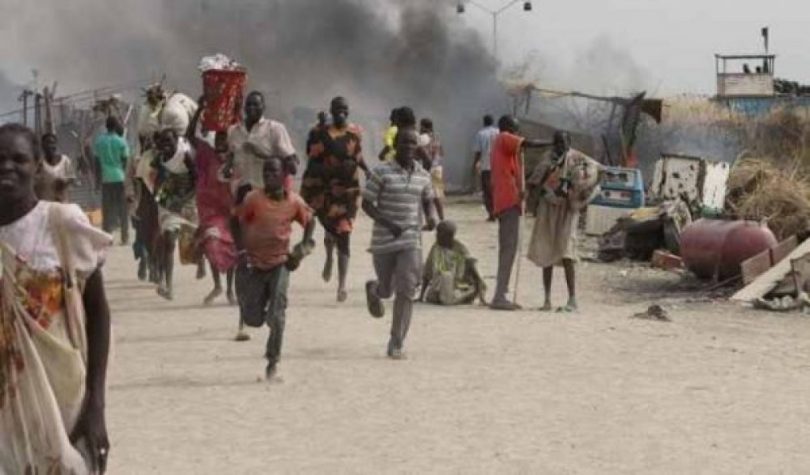 The Police Command in Katsina State said that bandits have killed Alhaji Abdulhamid Sani, Chairman of All Progressives Congress (APC) in Batsari Local Government Area of the state.

The Police Spokesman, SP Gambo Isah, confirmed this in a statement on Sunday in Katsina.

“Today, 31/05/2020, at about 1:35 p.m., bandits in their numbers, attacked Sabon-garin Dumburawa in Batsari Local Government Area of Katsina State.

“The bandits begun shooting sporadically with sophisticated weapons, and killed a 55-year-old APC Chairman in Batsari local Government Area, Abdulhamid Sani, when he resisted to be kidnapped by the hoodlums,” he said.

Isah said that Operation Puff Adder and Sharan Daji have responded, and now were, searching the forest with a view to arresting the hoodlums.

In the meantime, the Defence Headquarters says the Air Component of Operation Hadarin Daji  on Saturday destroyed a bandits’ logistics warehouse in an air bombardment along North of Birnin Kogo in Zamfara.

The Coordinator, Defence Media Operations, Maj.-Gen. John Enenche, in a statement on Sunday, said the air bombardment was in continuation of the renewed onslaught against armed bandits in parts of the Northwest and North Central states.

Enenche said the air strikes were executed sequel to intelligence reports that indicated that the large structure was being used by the bandits to store their ammunition, raw rations and other logistics items in the area.

According to him, a Nigerian Air Force (NAF) attack aircraft was scrambled to engage the target, scoring accurate hits on the warehouse, which went up in flames as a result of its volatile contents, leading to its complete destruction.

“Four armed bandits guarding the facility were also neutralised as a result of the attack.

“The Chief of the Air Staff (CAS), Air Marshal Sadique Abubakar, commends the Air Component of Operation Hadarin Daji for their professionalism.

“He directed them to remain resolute in the conduct of air strikes whilst continuing to provide close air support for ongoing ground operations in order to eradicate all armed bandits,” he said.