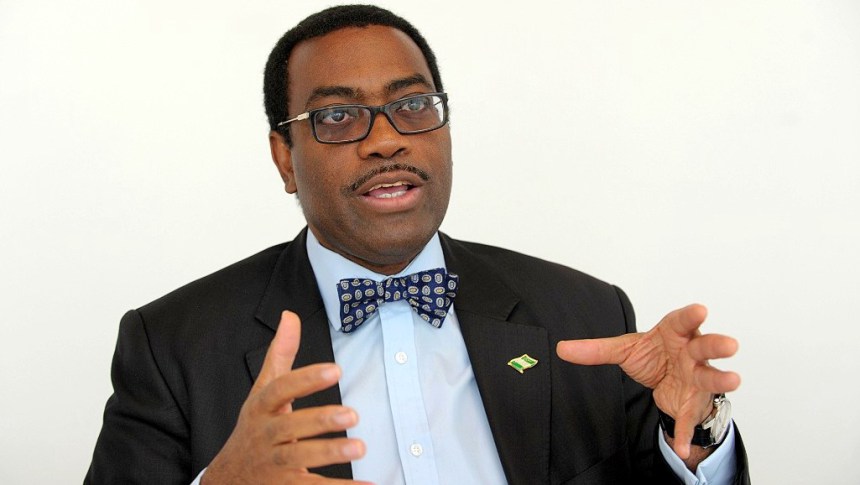 The African Development Bank (AfDB) says it has delivered on its mandate of poverty reduction and engendering inclusive continental growth.

The bank made the assertion on Tuesday in a document released as part of 2020 Annual Meetings Series by its Communications and External Relations Department.

The AfDB Annual Meetings is scheduled to take place in August at Abidjan, Cote d’Ivoire.

The bank explained that it had scaled up development support for its 54 regional member countries and recorded remarkable successes in recent years in its renewed push to help deliver a life-changing impact to livelihoods.

It stated that for the past five decades, the AfDB Group had been at the forefront of driving Africa’s economic transformation, leveraging its diverse resources and unique know-how as an indigenous development finance institution.

According to AfDB, in overall, the Bank’s investments have benefited millions of Africans through its 10-year strategy which it began implementing from 2013.

On landmark general capital increase, the bank noted that at an extraordinary shareholders’ meeting in October 2019 in Abidjan, Governors of the Bank, representing shareholders from 80 countries, approved a landmark 115 billion dollars increase in capital for the continent’s foremost financial institution.

It said the increase was the largest in the history of the Bank since its establishment in 1964, more than doubled its capital from 93 billion dollars to 208 billion dollars.

The AfDB noted that this solidified the Bank’s leadership in development financing for the continent.

“The replenishment represented a 35 per cent increase in financing for low-income African countries at the end of the 15th replenishment of the African Development Fund, the concessional window of the Bank Group.

The ADF contributes to poverty reduction and economic and social development in the 38 least developed African countries by providing concessional funding for projects and programmes, as well as technical assistance for studies and capacity-building activities.

“In resource mobilization for Women-Owned Businesses at G7 summit, at the G7 summit of world leaders in Biarritz, France, in August 2019.

“At summit, the President of the Bank Group, Akinwumi Adesina, successfully inaugurated a global campaign of the Affirmative Finance Action for Women in Africa (AFAWA) to mobilize three billion dollars for women entrepreneurs in Africa, with strong support and resources from G7 leaders and nations.

“During the summit, French President Emmanuel Macron announced France’s contribution of 135 million dollars to the AFAWA initiative to encourage women’s access to funding in Africa. The amount represents more than half the financial support of 251 million dollars promised by the G7 governments.

“The Forum, Africa’s largest marketplace for mobilizing capital, featured 56 boardroom deals valued at 67.6 billion dollars– a 44 per cent increase from the 2018 debut” it explained.

The bank disclosed that in a transparent institution, the AfDB was ranked 4th globally in transparency among 45 multilateral and bilateral institutions by Publish What You Fund, an outfit that consisted 19 developed economies.