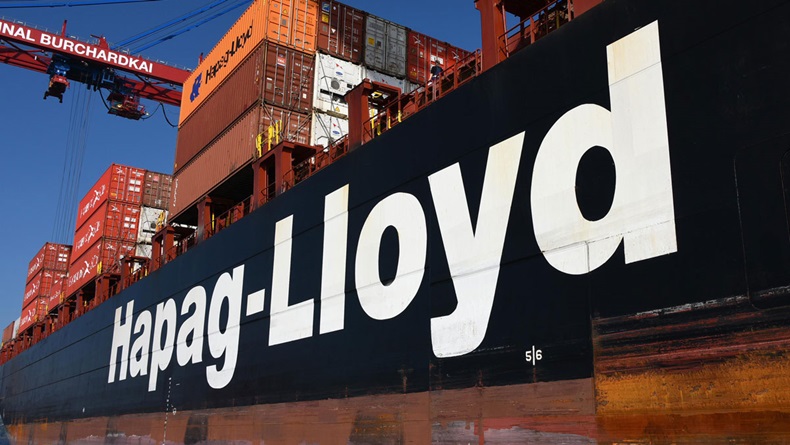 The conversion of 15,000 teu Sajir to run on LNG has been delayed until late August. What is more, the carrier is seeking leeway in meeting the obligations of its bunker supply contracts.

Moves come as the coronavirus backdrop has disrupted the global supply chain and world trade, thereby forcing container shipping lines to cancel sailings and run their fleets at reduced capacity

HAPAG-LLOYD IS TRYING TO REDUCE COSTS TO WEATHER THE CURRENT DEPRESSED MARKET.

HAMBURG-based Hapag-Lloyd is said to be reviewing its bunkering plans as a result of the impact of the coronavirus backdrop.

The move will affect both its first LNG-fuelled ship and other vessels running on conventional fuels.

The company had previously aimed to start the retrofitting of the 15,000 teu Sajir with a liquefied natural gas dual fuel engine last month, but that has been held back by a pause in yard operations that was triggered by the coronavirus backdrop in China.

Hapag-Lloyd confirmed to Lloyd’s List that due to Covid-19, the conversion of Sajirhad been postponed to end of the year or beginning of 2021 as the company could not foresee further developments due to the current situation.

The 2014-built Sajir had been actively trading as of last month and is due to arrive at Kaohsiung on June 6, data from Lloyd’s List Intelligence showed.

Jan Christensen, a senior executive with the world’s fifth-largest container company, signaled in a recent webinar the intent to negotiate any possible leeway from its bunker suppliers, which include supermajors such as Shell and ExxonMobil.

Mr Christensen, the senior director for purchasing and supply, said that the shipping line will seek to reduce costs and bolster liquidity by, among other things, securing extended payment terms from its bunker suppliers.

The German container line sources fuel from reputable suppliers with good financial credibility, such as the supermajors, whose deeper pockets may make it easier for them to extend payment terms if they choose.

Marine fuel industry sources also noted that Hapag-Lloyd — as with many container shipping lines — has had difficulty meeting the contracted purchase commitments of its bunker supply contracts.

Lloyd’s List understands that Hapag-Lloyd has term contracts fixed with suppliers, calling for its vessels to take on certain bunker volumes within specified time frames.

These contracts were not unusual given that shipping lines, particularly those active in the container trade, had sought to secure compliant bunkers before the 0.5% global sulphur limit on marine fuel took effect at the start of this year.

“We have negotiated credits with our bunker suppliers and have experienced a drop in our bunker demand due to Covid-19,” a Hapag-Lloyd spokesperson told Lloyd’s List. “However, we have not yet failed to meet our contractual purchase commitments even though in some areas and ports it has been a close call.”

The coronavirus backdrop has disrupted the global supply chain and world trade, thereby forcing container shipping lines to cancel sailings and run their fleet at below optimal capacity, thus consuming less fuel than was forecast.