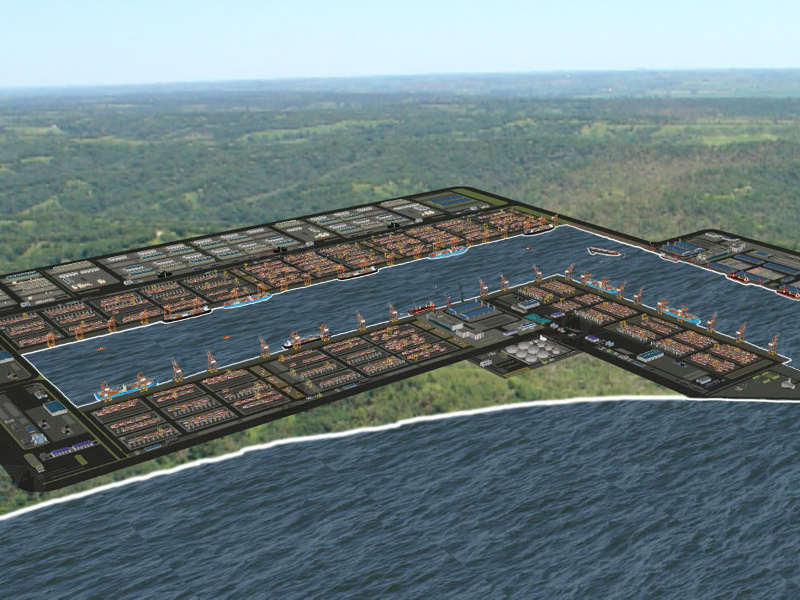 Izuwah who disclosed this Tuesday, while presenting the Full Business Case (FBC) Compliance Certificate to the Minister of Transportation, Mr. Rotimi Amaechi, however, highlighted that Government hopes to achieve its vision through Public-Private Partnership (PPP).

Izuwah said in a statement in Abuja that the IDWP project involves the development of a Greenfield Deepsea Port and accompanying Free Trade Zone (FTZ) in Akwa Ibom.

“The proposed Port and FTZ are part of the planned Ibom Industrial City initiative that will be established on a 14,400-hectare site donated by the Akwa Ibom State Government (AKSG) free of charge.

“The IDWP project is planned to become a major national and regional economic gateway that will provide additional container handling capacity for the country.

“In addition to containers, the IDWP is expected to handle petroleum products, crude oil, natural gas, vehicles and bulk trade in natural resources,” he said.

Responding, Amaechi thanked ICRC for providing timely guidance throughout the development and procurement process of the project.

He added that the project was in line with President Muhammadu Buhari’s desire to expand and further develop the nation’s transport sector in the overall interest of the economy.

It added that the conclusion of negotiations and due diligence were ongoing with the preferred bidder.

The ICRC was established to regulate PPP activities in Nigeria to address physical infrastructure deficit which hampers economic development.