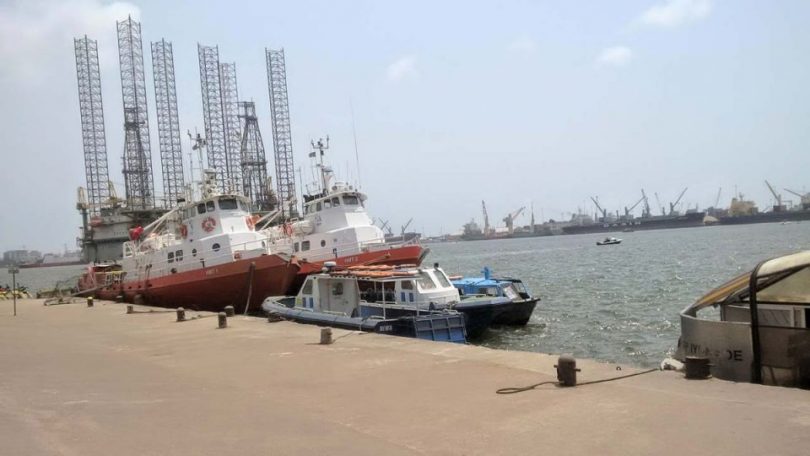 The Federal Government has approved the upward review of the contract sum of the Lokoja Port from N4. 11 billion to N6.4 billion.

The gesture is to enable the National Inland Waterways Authority (NIWA) to accommodate additional specifications to the project, especially to meet certain standards.

The NIWA Managing Director, Dr. George Moghalu, confirmed this to newsmen in Lokoja on Wednesday, noting that with the development, the contractors handling the project would soon return to the site, because the authority was committed to its early completion.

On Baro Port which has remained inactive since it’s inauguration by President Muhammadu Buhari, the managing director said that the major constraint was lack of access road to the port.

He however said that he would soon meet with the Governor of Niger, Abubakar Bello and other critical stakeholders on how to resolve the problem.

Moghalu said that the authority had plans to review its tariffs downward as part of efforts to make inland waterways attractive for the movement of cargo and passengers.

To this end, he said that the authority had begun discussions with some private investors to acquire ferries to ply the dredged channels of River Niger.

According to him, NIWA is in the process of buying a dredger to ensure regular maintenance of the dredged lower part of River Niger.

The Federal Government in 2011 dredged the lower part of River Niger at a cost of N36 billion.

The dredging which covered 10,000 kilometers started from Baro in Niger State to Onitsha, Anambra State.

Moghalu appealed to the media to help in returning normalcy to the country by educating Nigerians on how to regularly observe the protocols put in place to curb the spread of COVID-19.

In the meantime, George Moghalu has expressed the authority’s commitment to the development of the nation’s waterways for movement of bulk cargoes and passengers, as part of strategies for boosting economy in the post Coronavirus (COVID-19) era.

Moghalu disclosed this while playing host to the State Executive Council (SEC) of the Nigeria Union of Journalists (NUJ), Kogi State Council, and members of the Correspondents’ Chapel of the union in Lokoja.

He said that COVID-19 had no doubt devastated the economy and a lot of strain would be on the people by the time it was over, adding that there was a need for the development of strategies to mitigate its effect.

Moghalu said that governments at all levels had demonstrated capacity and were addressing COVID-19 pandemic squarely, adding that budgets had been adjusted to meet the reality of the time and there was still a lot to be done.

“I am concerned about what is going to be our fate at the end of the COVID-19. We must look at the issue from the perspective of what we are doing now and how we want to improve on it tomorrow so that we can play a role in strengthening the economy.

The managing director said that the agency was targeting the movement of bulk cargo and passengers through the inland waterways to give respite to the roads.

“If we move these cargoes on water. It means we have succeeded in moving these trailers from the roads,”he said.

Moghalu said in view of the commitment of NIWA to ensure all-year-round navigation and to scale up activities of the agency, the Federal Executive Council (FEC) had approved a review of the contract for Lokoja Port from N4.1 billion to N6.4 billion.

He said, “We expect that in a very short while, the contractor will move back to the site. We are very confident and committed to realizing that project. we are driven by the fact that we have to leave a sustainable legacy.”

On the issue of water channels, Moghalu said the country had over 10,000 km of waterways with only about 3,600 km navigable, adding that the authority had earlier done capital dredging and was now engaged in maintenance dredging.