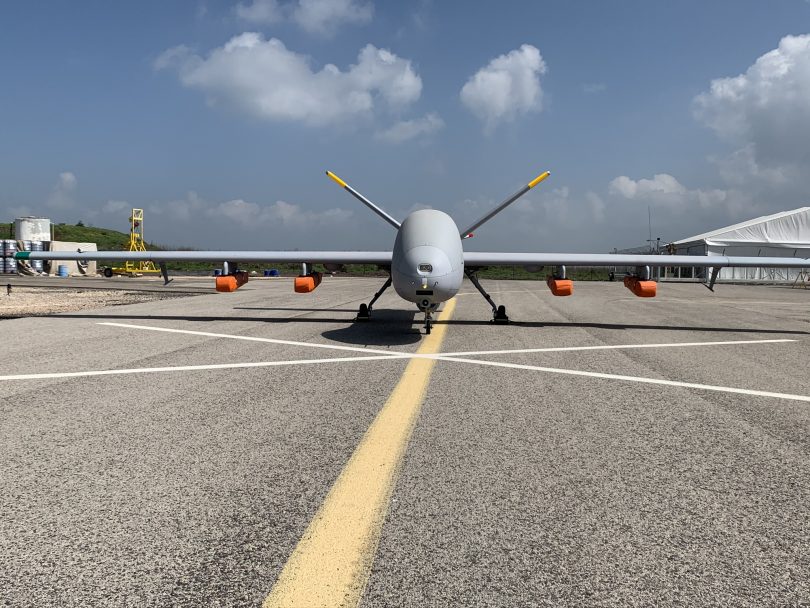 Israeli defense company Elbit Systems has announced in recent days that it has sold a unique version of its advanced Hermes 900 Unmanned Aircraft System (UAS) to an undisclosed customer in Southeast Asia.

The Maritime Patrol version of the Hermes 900 features inflated life rafts placed under the wings that the drone drops off from a low altitude to rescue those in the water.

It also features what Elbit described as a “precision dispatch capability.” This means that the system uses a combination of advanced cameras and radar to conduct long-range sea search-and-rescue missions.

It’s able to automatically detect and track any objects of interest—in this case, survivors of a capsized vessel in the sea—using its advanced sensors.

Once it detects the location of survivors, the drone transmits their precise location back to operators sitting in a control cabin. The Hermes 900 enters into an aerial route that is designed to enable it to begin a rescue operation.

The operators provide approval for the rescue, and the system then drops off the life rafts into the water.

In difficult weather conditions, manned aircraft can struggle to conduct search-and-rescue missions, but the Hermes 900 is designed to operate in such conditions and can fly for more than 24 hours continuously, Elbit said in a statement, operating in both day and night.

The Southeast Asian client has received a version of the Hermes 900 that carries up to four life rafts, with each raft able to carry six people and keep them afloat. The rafts are fixed under the wings of the Hermes 900.

“Using an onboard maritime radar, the UAS detects survivor situations,” stated Elbit, describing the rescue process. Once it approaches those at sea, the drone directs its cameras and infrared sensors for visual identification. It is able to calculate the optimal drop point for the life rafts.

The drone makes the drop-off from an altitude of 600 feet, close to the survivors, and the rafts then gradually begin an automatic inflation process after landing on the water.

The sale is part of a wider global trend of rescue forces switching to unstaffed aerial systems in place of manned planes and helicopters for such rescue operations.

On top of the intelligence picture

The Hermes 900 Medium Altitude is traditionally known for its combat capabilities. It is described by Elbit as a long-endurance system, and it has operational with Israeli Air Force since 2014.

Elbit has also exported the Hermes 900 to clients around the world, including in Europe and South America. The United Kingdom is currently testing it for search-and-rescue missions.

The model has been in the service of the IAF for several years, conducting a range of critical unmanned missions.

It undergoes routine upgrades to improve capabilities, which the Israel Defense Forces uses against terror armies that are located on Israel’s borders.

The Hermes 900 is a key part of Israel’s ability to monitor the activities of foes deeply embedded in civilian neighborhoods in areas, such as Gaza and Lebanon, and for the IAF, the platform carries an array of intelligence-gathering payloads to help the IDF stay on top of the intelligence picture.

It first sprang into operation for the IDF during the 2014 summer war against Hamas in the Gaza Strip, dubbed “Operation Protective Edge.”

In the IDF, it’s dubbed “Star,” and its high-resolution sensors also enable the IDF to help tell combatants apart from civilians on the ground.

Elbit’s Hermes 450 is a smaller member of the same drone family and is also in IDF operation. It, too, features advanced intelligence-gathering capabilities, although its smaller size means it cannot carry the same heavy-sensor payloads enabled by the Hermes 900.