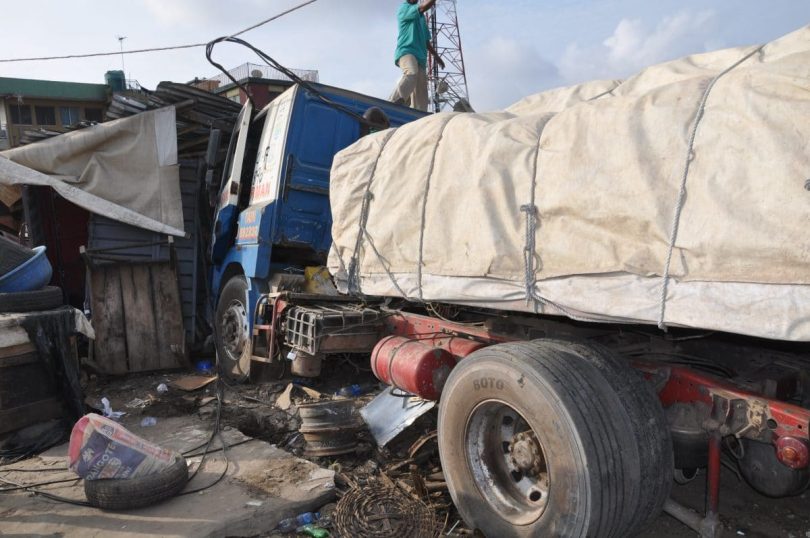 The Traffic Compliance and Enforcement Corps (TRACE) in Ogun said on Friday that one person died while two others sustained injuries in an accident at Oju-Ore, Idiroko Road, Ota.

Adekunle Ajibade, TRACE Area Commander, Sango-Ota, told the newsmen in Ota that the accident occurred in Lombardy area at about 3.00 p.m.

He said the accident involved a Man Diesel truck with registration number XA733MGU, a Bajaj motorcycle marked TTN377WJ and a passerby who suddenly crossed the road.

Ajibade said the accident occurred when a pedestrian suddenly crossed the road while the motorcycle operator was trying to overtake the truck.

He said the motorcyclist rammed into the truck while trying to avoid the pedestrian and died instantly, while the two passengers on the bike sustained various degrees of injuries

“Incidentally, the two passengers at the back of the motorcycle jumped over the bike, and thus escaped being hit. But they sustained various degrees of injuries.

“The corpse of the motorcyclist has been deposited at the morgue of Ifo General Hospital, while the survivors are receiving treatment at the same hospital,” the official said.

Ajibade advised motorists, including motorbike operators, to be careful while on the highway to avoid unnecessary loss of lives.