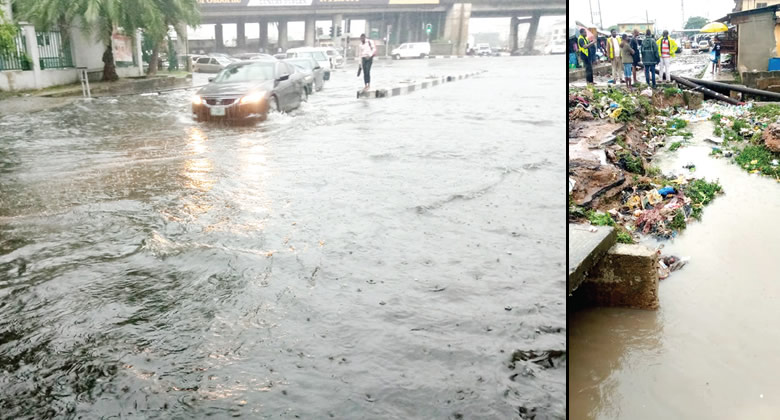 The Lagos State Emergency Management Agency (LASEMA) on Wednesday confirms the burial of the remains of a 19-year-old, swept away by flood on June 22, near Surulere Low-Cost Housing Estate, beside the Canal at Onilegogoro.

LASEMA Director-General, Dr Olufemi Oke-Osanyintolu, stated this in Lagos, highlighting that the 19-year-old girl, simply identified as Ayisat was on June 22, reportedly swept away by a strong flood around 12 p.m. at Alapafuja axis, Surulere Low-Cost Housing Estate, following torrential rainfall in the state.

Oke-Osanyintolu said that LASEMA Response Team (LRT) and community members searched for her body through the adjoining canals on June 22 to no avail.
He, however, said that her dead body was later found at Onilegogoro canal in Surulere around 8:30 a.m, on June 23.
”She was buried by the community members beside the canal at Onilegogoro in Surulere,”

In another development, the Lagos State Waterways Authority (LASWA) says one person was still missing while three were rescued following Tuesday’s boat mishap at Lekki Shoreline, Lekki Phase 1, In Lagos.

The General Manager, LASWA, Mr Oluwadamilola Emmanuel, disclosed this in a statement made available to newsmen in Lagos.

Emmanuel said: “At about 4.30 p.m on June 23, a local boat with four adult males on a boating expedition capsized due to water turbulence.

“The quick collaborative effort of responders in the area was able to rescue 3 alive while one person is still missing.

“Rescue effort is still ongoing for the missing person.”

He said that the rescued victims were provided with medical care and released.

The LASWA boss said that it was discovered that all occupants on board did not have lifejackets on.

“Marine Police will carry out further investigation while LASEMA (Lagos State Emergency Management Agency) and LASWA will continue the search for the missing person,” he said.

Emmanuel, who thanked God that all the four occupants were not missing, said that the incident had soiled its record of zero mishap in the last six months.

The LASWA on June 18, celebrated a record of zero boat mishap in the last six months in the state waterways.