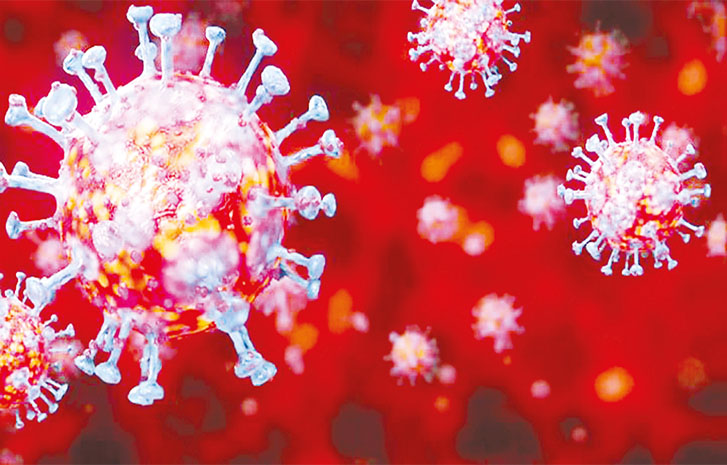 Nigeria has announced 594 new cases of COVID-19, bringing the total number of infections in the country to 22,614.

The Nigeria Centre for Disease Control (NCDC) announced this on Thursday through its official Twitter handle.

NCDC said that the 594 new confirmed cases were from 22 states, with seven deaths as at Thursday.

The health agency said that no new state reported a case in the last 24 hours.

The NCDC said that Lagos reported the highest number of cases with 154 new cases while Delta was second with 106.

NCDC said in the absence of a vaccine to prevent COVID19, Nigerians must focus on non-pharmaceutical interventions such as using face masks, physical distancing and frequent hand washing.

The health agency said that loss of taste and smell was a symptom of COVID19, and could also be for some other illnesses.

“It is important to get tested rather than self-medicate on the assumption that it is malaria,” it said.

NCDC also said that while cloth masks were convenient substitutes to medical masks they should not be worn by individuals who were at a high risk of complications.

The health agency further said that face shields were not sufficient to prevent transmission of COVID-19 and should, therefore, be used in addition to face masks.

It observed that there had been an increased use of face shields by Nigerians, adding they were not to be used in place of facemasks.

The agency also clarified that the loss of smell or taste had been recognised globally as symptoms of COVID-19.

It noted that though there were few other diseases that would cause these symptoms, it was most likely that it was linked with an increasing incidence of COVID-19.

The NCDC urged citizens to adhere to public health measures and recognise the need to pay close attention to the elderly  and those with underlying medical conditions as they were most vulnerable.

On private sector partnership to ramp up testing, the agency said a lot of private sector laboratories had indicated interest and were playing a role already.

It added that Lagos had the highest number of private laboratories.

The NCDC, however, acknowledged that the process of accreditation was complicated and cumbersome for private sector operators, adding it was working with states to ramp up sample collection identified as a major challenge.

The agency also urged Nigerians to hold the NCDC and state governments responsible.

“We have provided testing infrastructure; by the end of tomorrow, we will roll out GeneXperts to seven states. Access to testing is no longer our challenge, but collecting samples,” it said.

The NCDC pointed out that testing was not the final solution, but an entry point to clinical care and public health management.

In another development, the Sports Writers Association of Nigeria (SWAN) in Oyo State has condoled with the family of Sen. Abiola Ajimobi over his death on Thursday.

It also commiserated with sportswriters and the people of Oyo State over the passage of the two-time governor and grand patron of the association.

The association said in a condolence message jointly issued in Ibadan by its Chairman, Mr Niyi Alebiosu, and Secretary, Mr Adewale Tijani, that Ajimobi’s death was a colossal loss not only to his family but also to the All Progressives Congress and the country.

The former governor died on Thursday at age 70 during a protracted illness.

“Late Ajimobi was a great leader and a benevolent father to sportswriters in Oyo State.

”The bus we are using presently was donated by the late former governor,” the group said.

It recalled that Ajimobi put smiles on the faces of sportsmen and women through monetary reward to the state contingents to sporting events during his first term in office.

The group said that the former governor earned the title, ‘Koseleri,’ for being the first governor to serve two terms of eight years as governor

“He did well as our Grand Patron. We will miss him so much. We pray that Almighty God grant him eternal rest.

“We also pray to  Almighty God to grant his family and other stakeholders the fortitude to bear the irreparable loss,” it said.