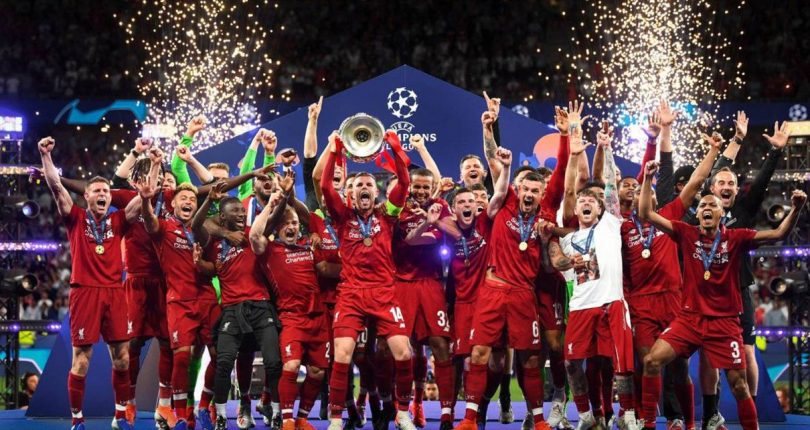 It is incisive that with Liverpool holding a massive lead of 23 points at the top of the table, no team can surpass them even with seven games left.

The only stumbling block was also removed, after Chelsea walloped Manchester City 2-1 also on Thursday, at Stamford Bridge, thus paving the way for Liverpool to take the premier league crown for the season.

This also means that there would be a guard of honour for Liverpool at the Etihad Stadium on July 2 when both sides face off —- if coronavirus restrictions allow.

Following are the records they have broken this season:

* They beat Southampton 4-0 on Feb. 1 to move 22 points clear of Manchester City at the top of the table for the biggest lead in Premier League history.

That grew to 25 points after a 1-0 victory against Norwich City later that month.

* Liverpool’s 1-0 win at Tottenham Hotspur on Jan. 11 meant they set a new record for points gained from the first 21 games in any of Europe’s “Big Five’’ leagues (61).

* They won their next six games to swell their points tally to 79 from their first 27 matches, before losing 3-0 at Watford in February.

* With their win at Tottenham, Liverpool set the record for most points gained across a 38-match spell in the Premier League (104), surpassing 102-point stretches by Manchester City and Chelsea.

* Liverpool had beaten 18 of the 19 teams in the league heading into their match against West Ham on Jan. 29.

A 2-0 victory against the Hammers marked the first time they had defeated every team in a single top-flight campaign in the club’s 127-year history.

*Mohamed Salah became the first Liverpool player to score 20 goals in all competitions in three consecutive seasons since Michael Owen between 2000/2001 and 2002/2003 when the Egyptian striker scored in a 2-1 win against Bournemouth.

* After beating Crystal Palace 4-0 on Wednesday and Manchester City’s failure to beat Chelsea on Thursday, Klopp’s side have sealed the title with seven games to spare.

They have eclipsed records set by Manchester United (2000/2001) and Manchester City (2017/2018) who sealed their respective titles with five games left.

Records Liverpool could have broken this season:

* Before the season was suspended, Liverpool were set to smash the record for the earliest top-flight title win.

They could have sealed the title with a win against Everton on March 16 coupled with a loss for Manchester City against Arsenal on March 11, breaking the record set by Manchester United, who lifted the 2000/2001 trophy on April 14.

* Liverpool have racked up 86 points from 31 games and need 15 more to set the record for most points in a Premier League season, eclipsing Manchester City’s tally of 100 from the 2017/2018 campaign.

* Liverpool need to win their remaining three games at Anfield to become the first Premier League side to win all 19 home games in a season.

* If Liverpool win their remaining seven games, they will end the season with 107 points, breaking Reading’s record for most points in an English league campaign (106 in 2005/2006).

* Manchester City set the record for the largest margin of victory in the Premier League when they won the title by 19 points in 2017/2018 and Liverpool are on track to surpass that tally.

* Liverpool have won 12 of their 15 away matches and can equal Manchester City’s record of 16 away victories from 2017/2018 if they win their remaining four games on the road.

In the meantime, a superb solo goal by Christian Pulisic and a Willian penalty gave Chelsea a 2-1 win over Manchester City at Stamford Bridge on Wednesday.

A result that handed Liverpool the Premier League title, their first league championship win in 30 years.

Pulisic exploited a communication breakdown between Benjamin Mendy and Ilkay Guendogan after a City set piece, running from the halfway line before confidently slotting the ball past Ederson to open the scoring in the 36th minute.

Kevin De Bruyne put City level with a brilliant dipping free-kick 10 minutes into the second half, but Chelsea took the lead again through Willian’s 78th-minute penalty after Fernandinho was sent off for handling the ball on the goal-line.

The result leaves City on 63 points, 23 behind Liverpool with only seven games left to play, giving the Reds their first title of the Premier League era.

Chelsea remain fourth on 54 points, five ahead of Manchester United.