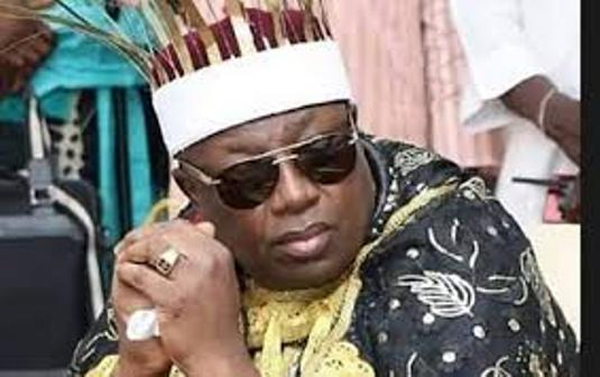 Gov. Ahmadu Fintiri of Adamawa has declared three-day mourning, following the death of Hama Bachama, Honest Stephen, the paramount ruler of the Bachama Kingdom in the state.

Fintiri gave the directive in a statement issued by his press secretary, Mr Humwashi Wonosikou, on Monday in Yola.

According to the statement, the official mourning takes immediate effect from Monday, June 29 to Wednesday, July 1.

“Consequently, all flags should be flown at half-mast across the state from today Monday, June 29 to July 1.

“The official mourning is in memory of late paramount leader, Hama Bachama, Honest Stephen, who passed away on in the early hours of Sunday in Numan,’’ the statement read in part.

The paramount ruler died, following a brief illness and he was aged 66 years.

The royal father, who is one of the first-class paramount rulers in the state, was a retired officer of the Nigerian Army.