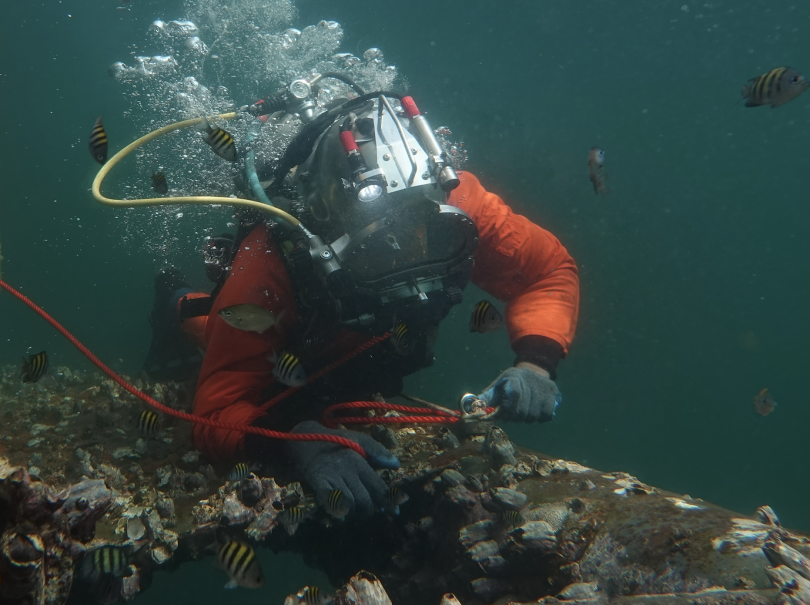 Nigerian Divers at the weekend blamed the pronounced stagnation of the sector on unregulated practices and increased foreign dominance, fuelled by the failure of the Ministry of Labour and Employment to establish a Diving Advisory Board in line with the nation’s 2018 Diving at Work Regulations.

Mr. Julius Ugwala, the Chief Diving Inspector (Elect) stated this in an interview with Maritime TV, stressing that the nation may not fully harness or optimize the potentials in the sector, until the country inaugurates an Advisory Board as stipulated by existing regulations, to oversee the activities of diving including safety, education, remuneration and local content development.

The diving expert lamented that despite Nigeria’s 853km long coastline that runs through several states and the numerous maritime activities requiring services of professional divers, the federal government is yet to see the enormous potentials in the sector. 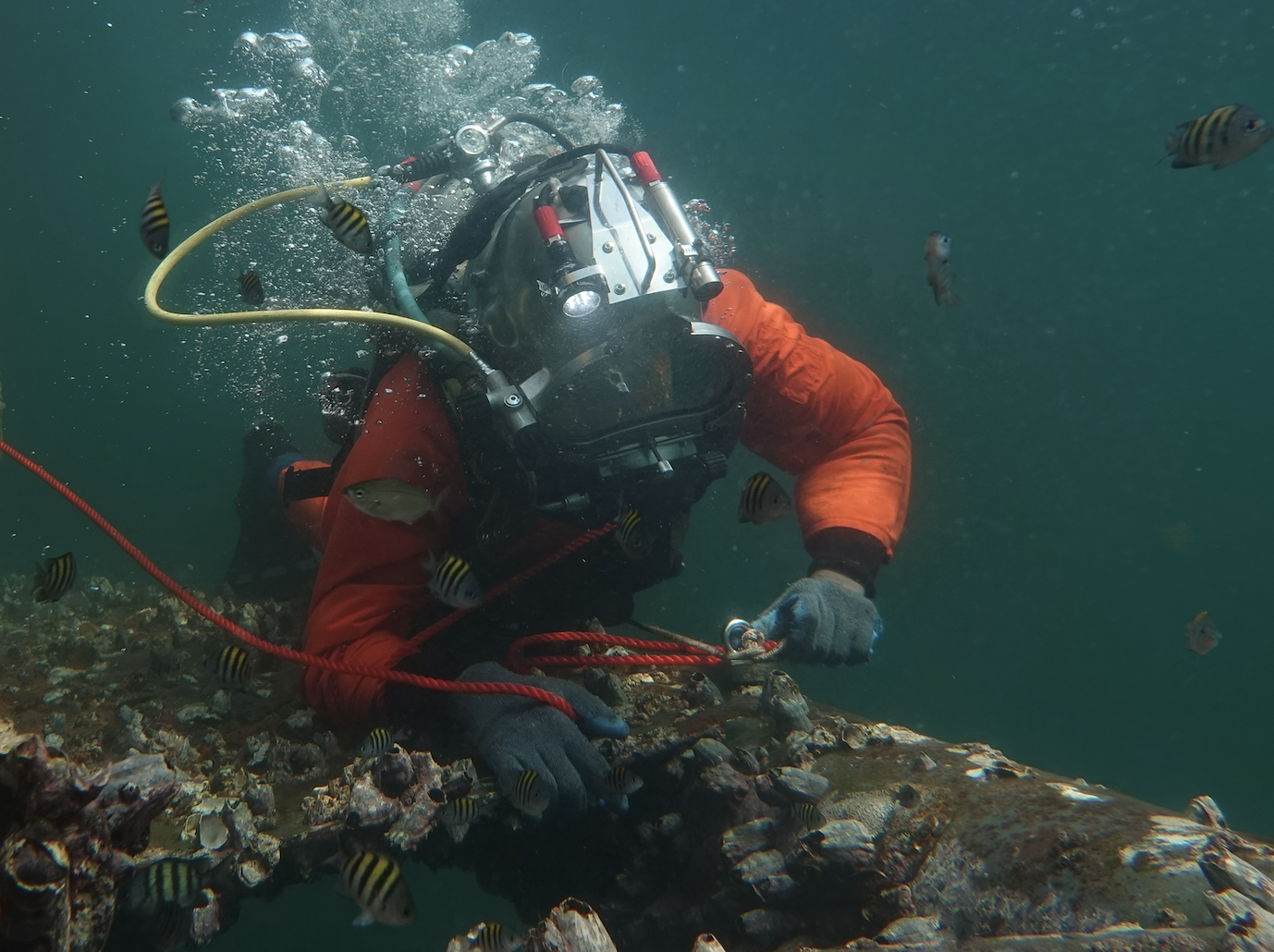 Mr. Julius Ugwala, under the water

His words: “The government isn’t aware of the viability of the diving sector and how much it could contribute in terms of revenue for government and job opportunities for the teeming youth in the country. I think the practitioners in the country should take up the onus of convincing the government about the need to regulate the profession.

“Setting up the Advisory Board would see the diving sector become a duly regulated one in Nigeria. It would also lead to an influx of people into the profession. People will be more willing to pick a career in diving and experts would no longer have to travel out of the country to be trained. “

The Chief Diving Inspector, Elect disclosed that the diving sector has capacity to put an end to youth restiveness across Nigeria by catering for over 10 percent of the nation’s unemployment margin.

Also read:  …If the Federal Ministry of Works was more Competent!

“The board would ensure proper regulation leading to the establishment of quality schools in the country to train professionals. This nation is facing a serious unemployment gap but this diving sector could reduce the margin of unemployment drastically by more than 10 percent”, he said.

He also decried the high mortality rate of divers in the nation, noting that unsafe practices have become the norm following the absence of a regulator.

Ugwala opined that the inauguration of an Advisory Board would bring uniformity to diving practice and guarantee safe operations, insurance for divers and appropriate remuneration to curb the paltry wages given to Nigerian divers, unlike expatriates.

Speaking on safety procedures for diving, he said: “Nigeria isn’t conducting diving safely. On a scale of 100 percent, I would score Nigeria 30 percent. The reason is that today we have multinationals in the country who carry out diving operations without regulation. They have guidelines and mode of operations, but when they find themselves in a difficult situation, they tend to cut corners leading to loss of lives. Nigeria needs to have a system to carry out an oversight on these multinationals.”

Ugwala also frowned at the dominance of foreigners in the nation’s diving sector, arguing that the country was outsourcing the much-needed jobs to expatriates despite having citizens who can carry out those duties.

Noting that divers are bound by regulation to take their original certificates offshore, he lamented that piracy and armed robbery at sea have adversely affected most professional divers.

“When offshore with valuable certificates divers get attacked by pirates and they lose the documents. It means they have to go to school again or reach out to the schools mostly abroad to get other certificates. Most times, it can be very difficult to get these documents back and money is also spent to retrieve them.”

“Today there are places divers are unwilling to go to work. The reason is that they are afraid. The kidnapping hasn’t just been for expatriates. We are also being targeted as professionals because we are working for the International Oil Companies (IOCs)”, he further indicated.