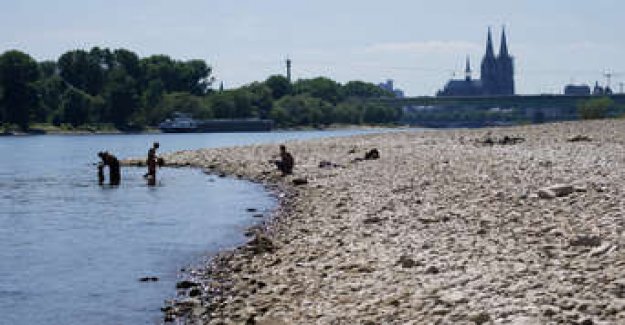 …As Protests soared in India, over deaths of father, son in police custody***

The accident happened in Treburg in the state of Hesse on Saturday, police said.

After the boy disappeared, his mother tried to save him, but she also got into trouble and a passer-by pulled her out of the water.

When she ran into the water a second time, the 30-year-old woman drowned, police said.

Her 13-year-old daughter had also tried to help her brother in the river but could not as she almost got drowned.

Mother and son were found after two hours of search and despite attempts at resuscitation, they could not be saved.

In another development, protests soared Saturday in the southern Indian state of Tamil Nadu, and across social media, over the death of a father-and-son duo in police custody.

P Jeyaraj and his son Emmanuel Bennicks were arrested on June 19 in the town of Sathankulam on charges of violating coronavirus lockdown rules by keeping their mobile phone shop open beyond stipulated hours.

While Bennicks died at a local hospital on Monday, his father died a day later.

Their family has alleged that the two died after they were brutally tortured in police custody and have demanded the policemen involved should be charged with murder.

Tuticorin district collector Sandeep Nanduri said two policemen had been suspended in connection with the incident, which was being investigated.

The Madras High Court has decided to monitor the case. It ordered that the autopsy be recorded and all relevant video footage and documents be kept safe for the court’s use.

The Tamil Nadu government has announced compensation of 2.5 million rupees (about 33,000 dollars) to the family.

#justiceforjayarajandbennix has been trending on Twitter for days, with many comparing the incident to the killing of George Floyd in the United States.

The initial police report accuses the two men of verbally abusing the officers and threatening to kill them, NDTV reported.

The report also says the two men received injuries while rolling on the ground in their efforts to evade arrest.