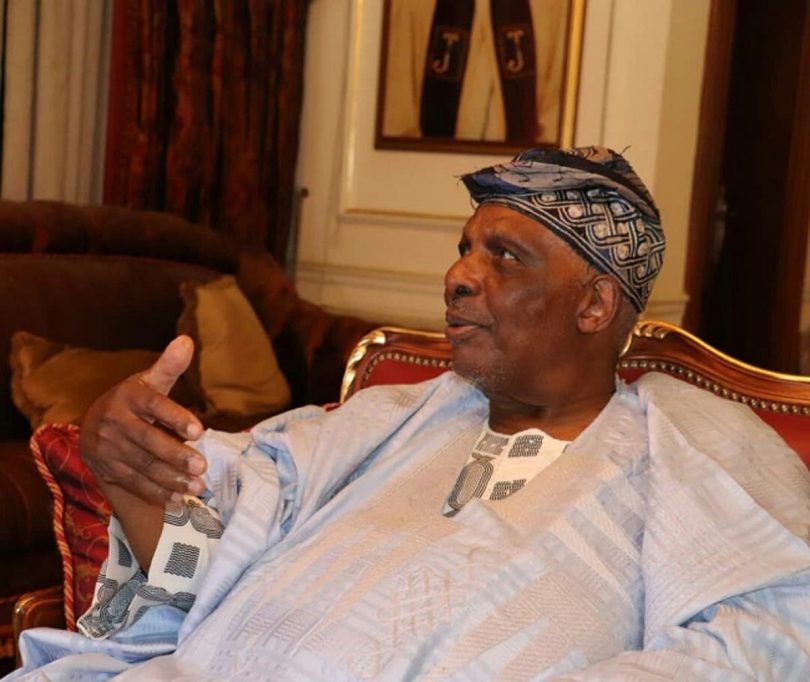 The Olubadan of Ibadanland, Oba Saliu Adetunji, has expressed worry over persistent cases of deaths of Ibadan elders in recent times.

Adetunji expressed  his worry in a statement issued in Ibadan by his spokesperson, Mr Adeola Oloko, while reacting to the death of the Parakoyi of Ibadanland, Chief Bode Akindele,

Akindele, a successful entrepreneur and philanthropist, died on Monday in Lagos at the age of 87.

The monarch expressed shock and disbelief over Akindele’s passage barely four days after the death of Oyo State immediate past governor, Abiola Ajimobi; and lamented the passing, in recent times of high profile Ibadan indigenes such as the legal luminary, Chief Richard Akinjide.

Adetunji called on clerics and spiritual leaders, irrespective of affiliation, to intercede for the well-being of all citizens, particularly in Ibadanland where people had been dying slowly but steadily in recent times.

The Olubadan described Akindele as an astute businessman,  entrepreneur of note and one whose life benefited many.

He recalled how the late Parakoyi of Ibadanland set up business outfits, employed hundreds of people and fixed destinies of otherwise hapless citizens.

”Even though a man who lives up to 82 can be said to be advanced in age, when people mourn their losses it is because the vacuum left behind is always difficult if not impossible to fill,” he said.

He said that Akindele bestrode the business world like a colossus for over 50 years, culminating in the establishment of Madandola Group of Companies with investment in shipping, fisheries, real estate and telecommunications among others.

The monarch prayed for the repose of the departed souls and called on men and women of God to stand in the gap for the protection and preservation of Ibadan people at home and in the Diaspora.

He also prayed God to give Akindele’s family, particularly his wives and children, the fortitude to bear the loss.

In the meantime, President Muhammadu Buhari has described the death of foremost philanthropist and entrepreneur, Chief Bode Akindele, as an irreparable loss to the country.

The president made his feelings known in a condolence message released by his Special Adviser on Media and Publicity, Mr Femi Adesina, in Abuja on Monday.

“Chief Akindele was a man of many parts. He was a creator of jobs who demonstrated untiring love for the down-trodden.

”His philanthropic gestures knew no bounds, intervening especially in critical sectors of the economy,” he said.

Buhari acknowledged that the late industrialist was one of the early groups of private individuals to support government intervention in the fight against the COVID-19 scourge, donating handsomely to the fund.

He condoled with the government and people of Oyo State, particularly the Olubadan-in-Council on the loss of the Parakoyi of Ibadanland.

He noted Akindele’s immeasurable contributions to the development and progress of his community and country remained paramount till the very end.

The president also commiserated with the Organised Private Sector on the departure of a key member whose imprints in various sectors would remain indelible.

Buhari urged the family, friends and associates to take solace in the fact that Akindele touched lives, wrote his name in gold and lived a life of accomplishments.

He prayed that God would grant the deceased eternal rest.