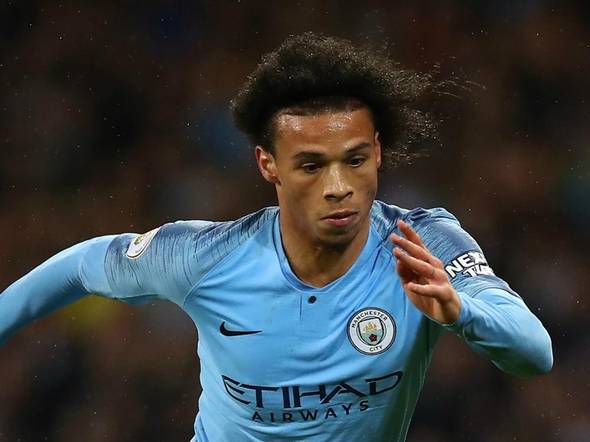 Bundesliga champions Bayern Munich have reached an agreement with Manchester City to sign winger Leroy Sane in a deal worth 45 million euros ($50.56 million) plus add-ons, British and German media reported on Tuesday.

Sane, whose City contract was due to expire at the end of next season, is set to sign a five-year deal with the German club.

City was resigned to selling the 24-year-old after manager Pep Guardiola confirmed the Germany international had turned down the Premier League club’s offers of a new contract “two or three times”.

Sane joined City from Schalke 04 in August 2016 for a fee reported by British media to be around 37 million pounds ($45.81 million) with performance-related add-ons.

However, he missed the majority of this season after suffering a cruciate ligament injury in the Community Shield match against Liverpool in August, making his comeback as a late substitute last week in a 5-0 win over Burnley.

In another development, the Soccer’s world governing body FIFA has banned Markus Kattner, a former leading official in the Zurich organisation, for 10 years.

The sports governing body fined him one million Swiss francs ($1.06 million) after a probe into bonus payments.

FIFA said in a statement on Tuesday that the investigation into Kattner covered various charges concerning bonus payments in relations to FIFA competitions that were paid to top management officials (including Mr Kattner).

“The adjudicatory chamber of the independent Ethics Committee has found Markus Kattner, former FIFA Deputy Secretary-General and Acting Secretary-General, guilty of conflicts of interest and having abused his position, in violation of the FIFA Code of Ethics.

”Various amendments to and extensions of employment contracts, reimbursement of private legal costs, and Kattner’s duties as an official”.

The 45-year-old Kattner, who holds German and Swiss citizenship, joined FIFA as Director of Finance in 2003 and four years later became Deputy Secretary-General.

He became Acting Secretary-General in September 2015, after the departure of Valcke, but was then fired in May 2016.

According to the Ethics Committee’s final judgement, Kattner argued that the ethics process against him had not been fair and that he did not grant any bonus payments either to himself or to anyone else in the top management.

The official can appeal the FIFA ban to the Court of Arbitration of Sport in Lausanne, Switzerland.