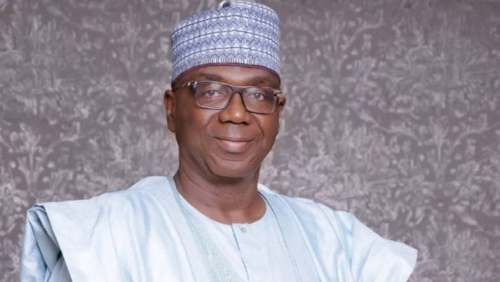 Gov. AbdulRahm AbdulRazaq of Kwara has suspended a Permanent Secretary and four other senior officials implicated in the ongoing investigation of ghost workers.

They were also suspended for suspicious deductions of workers’ salaries at the Kwara State Universal Basic Education Board (SUBEB).

The suspension was announced on Tuesday in Ilorin in a statement issued by Alhaji Murtala Olanrewaju, the state Commissioner for Communication.

According to him, the officials are the permanent secretary of the parastatal, Mr Bayo Onimago; Director of Finance and Supply of SUBEB, Mr Husseni Ahmed.

Others were account officers Mujeeb Ibrahim and Oyerinde Fatai; and a staff of the Teaching Service Commission who doubled as the state Chairman of the Nigerian Union of Teachers (NUT), Toyin Saliu.

“The indefinite suspension is connected to some discoveries of alleged fraud in the parastatal by the Economic and Financial Crimes Commission (EFCC).

“This is in line with the efforts of the AbdulRahman AbdulRazaq administration to cleanse the system, particularly at SUBEB where some startling discoveries have been made.

“Salaries connected to the controversial names on the payroll have been flagged and suspended until the end of the exercise,” Olanrewaju said.

In another development, Gov. Abdullahi Ganduje of Kano State says the Ajaokuta-Kaduna-Kano (AKK) Gas Pipeline project will speed up commerce and industrialisation in the state.

Ganduje expressed the optimism shortly after participating in the virtual inauguration of the construction of the first phase of the project with President Muhammadu Buhari.

The governor said that he was impressed with the interest of President Buhari in transforming Kano to a commercial and industrial hub.

“Having a clear understanding of the problem of our state, President Muhammadu Buhari thought it absolutely necessary to kick-start and complete this process of relaunching the state to the glorious days of her industrialization.

“We have no enough words to thank Mr President for this concern and love for our people which is also extended to other parts of the country.

“By the time industries in Kano, Kaduna and other areas bounce back, the benefits will go round the nation and beyond.

“We understand that this project will pave way for the development of 3 based Independent Power Plants (IPPs) – 1350MW in Abuja, 900MW in Kaduna and 1350MW in  Kano”, he further observed.