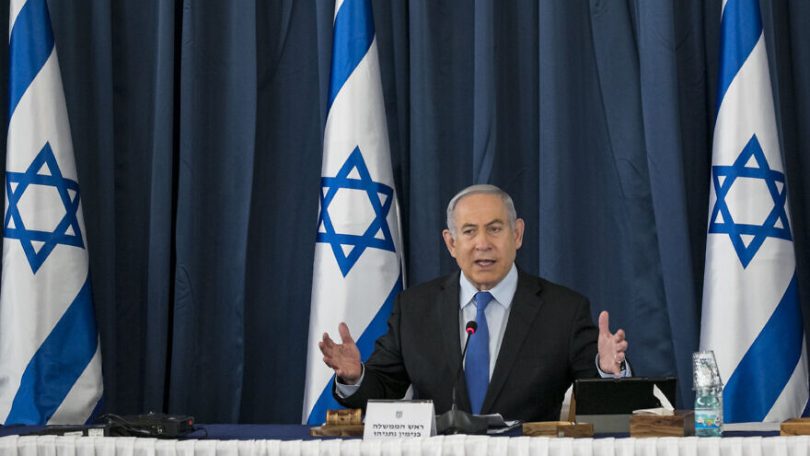 Israeli media and international objectors were waiting on Wednesday with bated breath for an announcement from Prime Minister Benjamin Netanyahu over the upcoming implementation of sovereignty in much of Judea and Samaria. July 1 had been set within the unity government’s coalition agreement as the first day in which Netanyahu could bring the issue for a vote either in the Cabinet or in the Knesset, either of which would be legally binding.

July 1 was by no means a deadline for the implementation of sovereignty, as many media have reported. And there is no deadline, other than the limited window of time in which Netanyahu may have to work together with a friendly U.S. president in Donald Trump. That window could potentially close if Trump loses in the November presidential elections or if Netanyahu’s coalition collapses, which is a persistent concern within Israel’s quasi-stable parliamentary system.

Meanwhile, the Netanyahu administration is methodically working hand in hand with the Trump administration to recognize Israeli sovereignty over approximately 30 percent of Judea and Samaria, commonly known as the West Bank. These strategic tracts include all Jewish settlements, including isolated outposts, as well as the Jordan Valley, which serves as Israel’s easternmost border with Jordan.

At present, a closely guarded joint Israeli-American mapping process continues apace to delineate the precise lines over which Israel will apply its sovereignty. It is a complex process due to the overlapping populations of Jews and Palestinians living in the West Bank. No simple lines can be drawn between the two populations.

A conceptual map that was presented following a press conference at the White House in January with Netanyahu and Trump illustrated 15 separate Jewish-controlled enclaves that would be surrounded by lands the Palestinians would control should they reach the requirements of peaceful statehood and negotiate a final-status agreement with Israel. In addition, several Palestinian enclaves would be surrounded by Israeli territory. Delineating the precise sizes and lines around these enclaves is a sensitive and complex process.

The areas in which Israel would apply its sovereignty represent approximately half of “Area C.” These are territories the Jewish state already fully controls as part of the 1993 Oslo Accords, brokered by President Bill Clinton, and signed between Israeli Prime Minister Yitzhak Rabin and PLO chairman Yasser Arafat.

Should Israel declare its sovereignty over the territories in question, Israel will continue to retain full control over these areas as they do now and have for decades. In return for American recognition of Israeli sovereignty, Israel will commit not to build any new communities in the remaining half of “Area C” for a period of four years. This remaining territory is being held aside for future peace negotiations that may or may not lead to a Palestinian state.

The mapping process is nearing completion. A six-person team, including U.S. Ambassador to Israel David Friedman and Israeli Ambassador to the United States Ron Dermer, are finalizing the details. The maps are being presented to the U.S. administration, which is expected to agree to recognize Israeli sovereignty in the outlined areas.

The mapping process was made more difficult by the onset of coronavirus and the travel restrictions that came along with the global pandemic. Both the Israeli and American administrations have had to focus a lion’s share of their attention unexpectedly on the virus, which reduced the time that each administration was able to give to the diplomatic initiative.

Proof that the process is nearing completion is evident by a recent three-day visit by Friedman to Washington, followed by a return visit to Israel by Scott Leith, U.S. Special Envoy for the Israeli-Palestinian Negotiations and member of the mapping team, and Avi Berkowitz, U.S. Special Representative for International Negotiations.

The president will soon be updated on the process and will formally decide whether or not to approve Israel’s application of sovereignty.

The noticeable lack of formal announcements regarding the process until now has caused immense speculation as to whether or not sovereignty will be applied. Predominantly left-wing media and opponents of Netanyahu’s policies have filled the void left by the administrations’ radio silence with numerous reports on growing rifts between political rivals turned coalition partners Netanyahu and Defense Minister Benny Gantz, as well as speculation that approval over the maps is being held up by senior adviser and presidential son-in-law Jared Kushner, or even Trump himself.

Meanwhile, the two administrations have been extremely careful to make sure that any final map details have been kept out of the public until they can be formally explained. Numerous leaks on other sensitive issues—both in Israel and the United States in recent months—have led both administrations to carefully guard the details which will spark countless international headlines once they are known.

The lack of leaks on this issue is a demonstration of trust built between the two administrations.

Formal announcements are expected in the next several weeks, and while there are never any guarantees in the Middle East until something actually happens, indications from both administrations are that the application of sovereignty will move ahead as initially conceived.

Netanyahu pledged in the run-up to the most recent elections that if elected, he would immediately work to apply Israel’s sovereignty, in coordination with the Trump administration. And the embattled, but extremely popular Israeli leader fully intends to keep that pledge.

Gantz and Foreign Minister Gabi Ashkenazi, who both campaigned vehemently against Netanyahu before conceding defeat and joining Israel’s longest-serving prime minister in a “unity” government have recently been sending mixed signals over their willingness to accept the parameters of the Trump plan and to implement Israeli sovereignty.

In Washington, ahead of the Netanyahu-Trump press conference in January, Gantz told Trump in a private meeting that he supported the president’s “Peace to Prosperity” vision. He also stated multiple times during his campaign that he supported the application of Israeli sovereignty over the Jordan Valley.

Furthermore, Netanyahu made the application of sovereignty a key point in the negotiations of the coalition agreement signed by Gantz. That Gantz and Ashkenazi are now zigzagging on sovereignty is politically motivated and provides a clear indication of their loyalty as coalition partners.

And while the United States would prefer that Gantz and Ashkenazi be fully onboard for the controversial move, their support is not a prerequisite. Netanyahu will likely find a majority for the application of sovereignty either in the cabinet or in the Knesset, even without the 14 Blue and White Party members.

In wavering, Gantz and Ashkenazi are relying in part on mixed signals sent by Jordan’s King Abdullah. His public remarks have been against Israel’s application of sovereignty, though they are made primarily to maintain the support of the majority Palestinian population within Jordan. In addition, Europeans who consistently oppose Israeli policies have similarly appreciated Abdullah’s public anti-Israel remarks.

Yet Israel’s continued presence in the Jordan Valley is critical for the security of Abdullah’s often fragile regime. While Abdullah reportedly rejected phone calls from Netanyahu, media reported a recent visit to Jordan by one of Netanyahu’s most trusted confidants, Mossad director Yossi Cohen. The report is a strong indication that security cooperation between Israel and its eastern neighbor is likely to continue, and that a peace treaty signed between the nations in 1994 remains firm.

Gantz and Ashkenazi are also pinning objections on threats from Democrats in the United States. Democrats, as well as many American Jewish leaders who consistently align politically with the Democratic Party, have claimed that Israel’s application of sovereignty would do further damage to U.S.-Israel relations. This week, progressive Democrat party Reps. Alexandria Ocasio-Cortez of New York, Pramila Jayapal of Washington, Rashida Tlaib of Michigan, Betty McCollum of Minnesota and Sen. Bernie Sanders of Vermont signed a letter calling for the United States to cut aid to Israel should it formally apply its sovereignty over the land it controls.

The threats are indicative of the increasingly progressive shift of the Democratic Party away from traditional American values that include longstanding support for Israel.

Despite the threats, relations between Israel and the United States have never been stronger. Israel remains among America’s most important and strongest allies. And the basis of the relationship has little to do with the Israeli-Palestinian conflict. Intelligence sharing and security cooperation, including in the field of cybertechnology, remain critical to the strength of both nations.

Even under President Barack Obama, security cooperation between the two allies grew exponentially, with Obama inking a 10-year, $38 billion memorandum of understanding to provide military equipment vital to Israel’s security and stability in the Middle East.

For Netanyahu, the current intimidations are not a deterrent against the rapid implementation of sovereignty, but rather a motivating factor. Should Trump lose this fall, Jerusalem can safely bet that any administration led by Democrats may grow increasingly hostile towards Israel, whether or not it implements sovereignty over land it already controls.

Israel may not have an ally in the White House as friendly as Trump in the foreseeable future. If Israel wants to guarantee immediate American backing for its implementation of sovereignty, making a move in the coming weeks is critical.