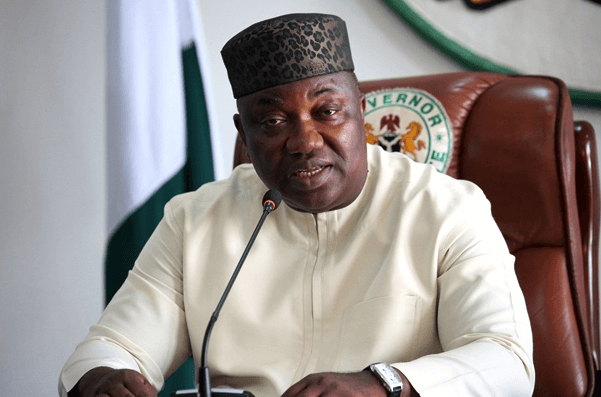 …As Udi Community laments scarcity of water, begs for assistance***

…Resorts to self-help over deplorable road***

Residents of Ama-Ozalla Affa in Udi Local Government of Enugu State have appealed to the state government to urgently provide potable water to the community to avoid the outbreak of the epidemic.

Correspondents who visited the Affa area on Thursday listened to pathetic versions of the same story, as indigenes of Amaozalla Affa, one of them, Ikechukwu Agu lamented that getting drinkable water had become a very heavy task in the community.

Agu admitted that though there was a borehole that reticulated water to the community in the past but regretted that the water facility had stopped working for over 30 years.

“Water, which is a basic necessity of mankind for survival, had become an expensive commodity for residents of Amaozalla Affa community.

“It is easier for a camel to pass through the eye of a needle than to get good water for our domestic use as we walk many kilometers in search of this basic necessity of life.

“In fact, we climb the mountain to fetch water from Ibuzo-Enu stream because there is no borehole in the area to lessen our quest for water,” he lamented.

According to him, this development has made us to depend on Ibuzo-Enu and Ibuzo-ani streams as our only source of water, especially during the dry season.

Collaborating this, the Youth Chairman of Amaozalla Community, Mr. Obiorah Nwafor, lamented that all the community efforts to provide water for themselves had not yielded any positive impact.

Nwafor appealed to the state government to come to their aid by extending water supply to them from either Ninth Mile or Ajalli River in Ezeagu.

Narrating her ordeal, a Primary School Head Mistress, Mrs. Dorothy Ugodu, complained of the dilapidated condition of schools in the community and wondered if Amaozalla was no longer part of Enugu state.

Ugodu said the primary school in Amaozalla was the worst in the whole of Affa as it had no toilet facility or parameter fence, which exposed the pupils to insecurity in the area.

On his part, the Vice President General of Amaozalla Affa Town Union, Mr. Felix Enyi, urged the Enugu state government to assist them to enable the community have a sense of belonging.

The Governor of Enugu State, Lawrence Ifeanyi Ugwuanyi, popularly known as “Gburugburu”, a politician was born in March 1964 and was educated at the University of Nigeria, Nsukka.

In the meantime, the Ukana community in Udi Local Government Area of Enugu State has embarked on the rehabilitation of a six-kilometer road threatened by erosion menace.

The President-General of the town union, Mr Greg Agada disclosed this on Thursday in Enugu.

Agada said that the move became necessary due to the bad state of the road occasioned by years of neglect and disrepair which had caused gully erosion on the road.

He said that the erosion had rendered the road non-motorable cutting off three villages of Ikenge, Amaebota and Adani from others.

He said that the poor state of the road had made some residents of the villages to abandon their communities.

“We embarked on the project to save the road from total collapse as residents of the town trek long distances before getting to their houses,” he said.

He said the project was initiated by a Lagos-based businessman, Mr Uche Agu.

The president-general said that Agu’s gesture encouraged other well-meaning indigenes of the area to contribute to the project.

“It is amazing how members of the community trooped out to support the project in kind and in cash.

Agada said that the chairman of the local government area, Mr Ifeanyi Agu had in June visited the project site and promised to assist.

Meanwhile, the initiator of the project, Mr Uche Agu, said that the love for his community motivated him to embark on the project.

“I came back to the village shortly before the Coronavirus (COVID-19) lockdown to start my house project but could not access my village due to its deplorable condition.

“I then diverted the funds for the house to the project so that my people get home with ease.

“This is a way of giving back to my community. We have put in about N5 million into this project and still spending,” he said.

Agu appealed to governments at all levels to come to their aid as the project is capital intensive.

“Even the road from 9th Mile to Ukana is a death trap as all segments of the road are eroded,” he said.